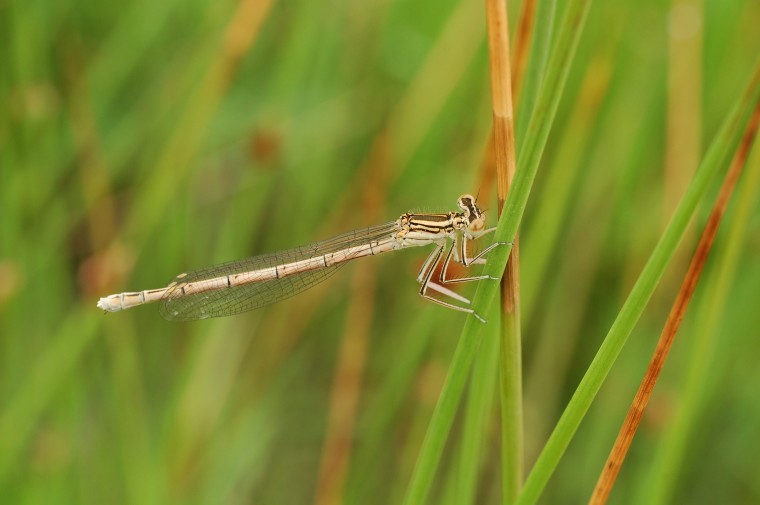 Met Office reports show that this summer was 1.2°c warmer than the average for the 1981-2010 period and the ninth warmest for the past century. Professor Stoate from the GWCT says, “Not only do these figures reflect the long term trend in climate change but they are also associated with a changing distribution of insect species.”

Insects such as some grasshoppers and crickets were not even present in the county until recently. Professor Stoate explains, “On our research farm at Loddington the lesser marsh grasshopper started to colonise the farm in 1997, Roesel’s bush cricket started making an appearance in 2002 and other species including the long-winged conehead, the tree bumblebee and white legged damselfly, which have appeared from the south-east, have all started to make an appearance since our project started in 1992.”

Professor Stoate, explains the implications of these new colonies and said, “At a time when much wildlife is in decline, the appearance of these species is welcome on the one hand, but on the other, their north-westwards range expansion across the country carries a more sinister message.”

Since 2002, the GWCT’s Allerton Project farm, has been researching ways to mitigate the need to intensify production to grow more food while ensuring that wildlife benefits in the process.
He explains the vital role that this research plays on food production and wildlife conservation, “While it is easy to dismiss the significance of changes in insect communities, we can expect climate change to have more direct effects on our own lives. That does not just mean more frequent storms and floods, but also threats to our food supply.

“Combined with the widespread adoption of heavy machinery, winter rain contributes to water-logged land which causes erosion of soil from fields, and lower yielding crops. In summer, high temperature during flowering reduces the number of grains per ear of wheat, while poor access to water during grain filling, caused by compacted ground and low rainfall, reduces the size of those grains. Food production in north-west Europe is expected to be affected less than in other parts of the world, putting increasing pressure on the UK and neighbouring countries to feed the global population. That has serious implications for wildlife associated with farmland, as well as for future generations.”

Monitoring of soil moisture at Loddington reveals surface saturation for much of the winter, leading to runoff and erosion, while in the summer, when water is needed to produce grain, soil moisture declines rapidly, even at a depth of 60cm.

While these changes remain out of sight underground, the appearance of new and sometimes noisy insect species is a reminder that we need to prepare for the challenges ahead, in terms of both water quality and food security. Very often, that means better management of soil, an issue which is at the heart of the GWCT’s Allerton Project’s research.