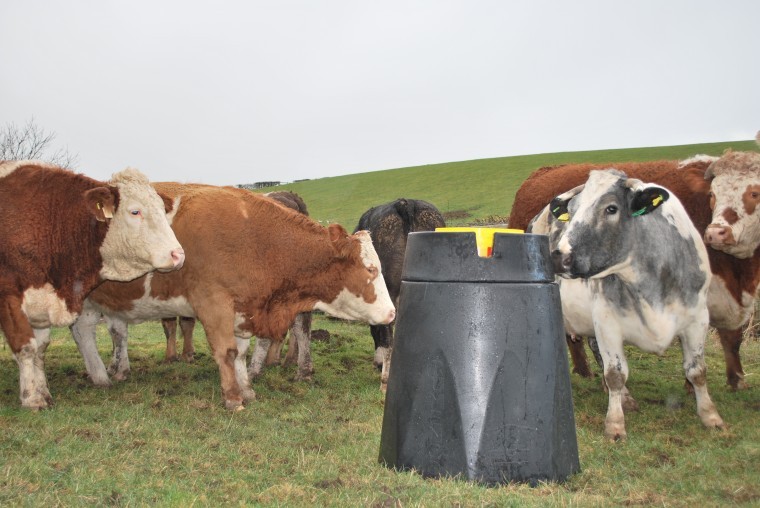 The trial look place over a three-month period on the RAU’s Harnhill Farm, where extensive badger activity has been identified. The effectiveness of a control, a traditional mineral lick placed on the ground, was compared with a measure, the Badger Beater feeder containing a mineral lick, to assess the level of accessibility of badgers to the mineral licks.

The control and measure, as well as the surrounding area were baited with peanuts to entice badgers. Infra-red cameras were then used to monitor the behaviour and movement of the badgers by capturing photos and video footage of any movement.

For 73 nights, the number of badger investigations as well as successful and unsuccessful attempts of badgers to access the control and the measure were recorded.

Findings of the trial concluded a statically significant difference between the level of access of badgers to the measure and control. Over the period of the trial there were no successful attempts of badgers accessing mineral licks held in the Badger Beater feeder. In contrast, badgers were seen to access the control mineral lick.

David Thornton, Rumenco Technical Manager explains that the Badger Beater feeder is designed to stand a metre above ground, a height based on Defra recommendations. The feeder has the ability to hold mineral licks, blocks and tubs to prevent badgers accessing supplements, while ensuring safe and easy access for cattle. David says, “The plastic platform can be filled with water to ensure it remains upright, and has been proven to be a success in preventing badgers accessing animal feed supplements.”

“In addition to the main outcome, the trial also found that the Badger Beater feeder was able to withstand cattle regularly pushing and rubbing against it and was easily accessed by cows and calves alike.” Researchers were therefore able to conclude that the feeder is a practical and durable biosecurity measure to use with cattle.

“The Badger Beater feeder has been purposefully developed in an attempt to manage the spread of bTB through saliva exchange of cattle and badgers,” says David. “We are very pleased that the feeder has prevented badgers from accessing mineral licks and are excited about the potential influence this development may have within the livestock sector especially within Bovine Tuberculosis high risk areas.”

David concludes, “Research is a necessity to allow us to test products and hypothesises. The opportunity to work with universities, such as the RAU is highly valuable for us as a company and the wider industry.”