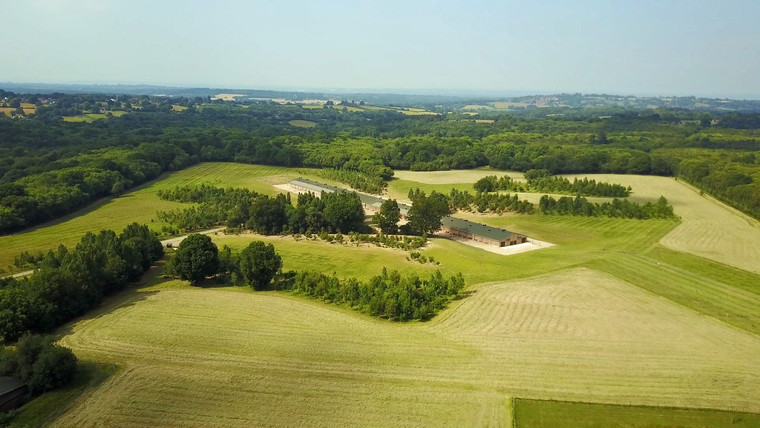 Fridays, a third-generation family business based in Cranbrook and one of the country’s largest free-range egg producers, says it needs the new facility to help meet the growing demand for UK-produced free-range eggs.

While looking to submit a planning application to Maidstone Borough Council later this year, the company has announced a range of additional proposals that it hopes will help persuade local people to back the plan for land at Reed Court Farm, Chainhurst, near Hunton.

Plans for the proposed Wealden Woods Free Range Farm include planting 36,000 trees to create 20 hectares of new woodland and woodland pasture made up of a mix of native species. A new public access route along the River Beult to the north of the farm will be created by applying to re-route various public rights of way.

Graham Fuller, Production Manager at Fridays, said: “Like our other nearby free-range farms, we will operate to the highest standards of animal welfare, an approach that has been praised by the highly respected organisation Compassion in World Farming.

“If approved, we will be able to plant 36,000 trees, which is more than three times the number of trees at the National Pinetum at Bedgebury.”

Alongside the tree planting, the hen houses will be fitted with solar panels, with the aim of making the operation at Wealden Woods Free Range Farm carbon neutral.

Each of the proposed three hen houses would have a dedicated range area and accommodate up to 64,000 hens. They would incorporate the latest farming technologies for feed and water delivery systems and ventilation. Manure would be removed twice a week by conveyor belt direct to a covered trailer and removed from the site.

Mr Fuller added: “To improve our environmental performance, the manure would be transported to an anaerobic digestion facility at nearby Knoxbridge Farm, near Staplehurst, which will produce odourless compost and biogas.”