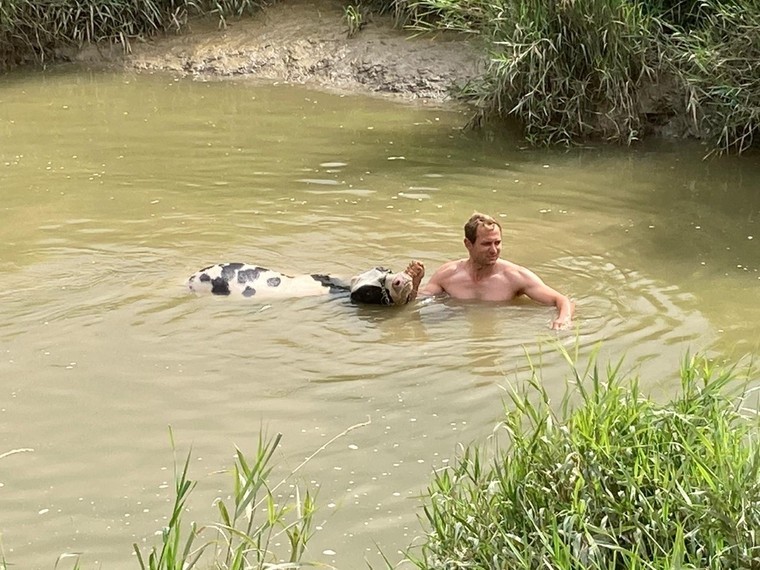 Ryan, who was alerted to the problem by a neighbour who farms on the other side of the Adur, had to jump in to help the pedigree Holstein, which initially seemed to be enjoying its swim.

“It seemed quite happy at first, but once I got the halter on it became a bit cross,” he said. “I then had to drag it quite a way in order to find a bank with a shallower slope where I could help it out.” Dragging the 200 kilo animal was made easier by the fact that it was floating, but the tidal river didn’t help matters.

“It probably happens about once a year,” Ryan said later. “More than we would like, but not that often. This one learned her lesson, though. She’s not done it since.”

Ryan, 26, works alongside parents Tim and Marion and brothers Keith and Matt at Huddlestone Farm, Steyning, where the 550-hectare family business keeps 400 milking Holsteins and 300 sheep and grows wheat and barley.

While Ryan said the Adur had been “relatively warm”, Tim’s reaction to his son’s dramatic rescue was a relieved “I’m glad it was him who went in, not me”.

Girlfriend Lydia Nicklin, who took the photographs, described him as “the sort of person who just gets stuck in”.