Fresh produce in a time of Covid-19 - South East Farmer 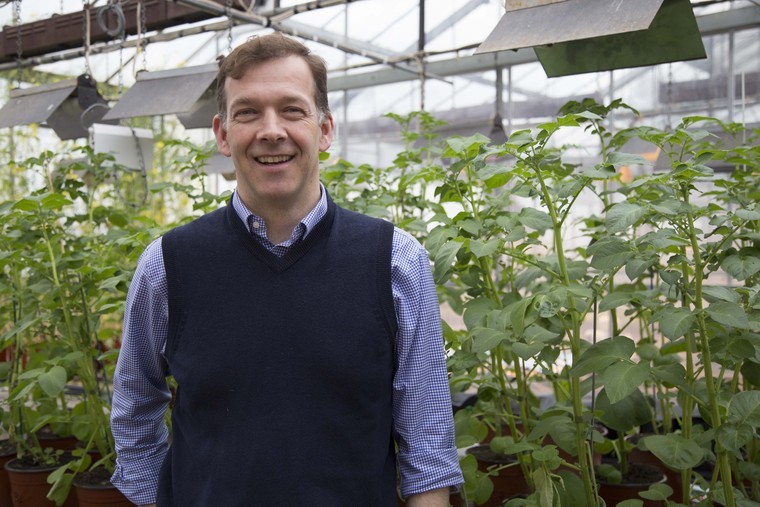 In the days following the start of the Covid-19 lockdown, the fresh produce sector moved into the news headlines with shelves stripped bare of fruit and veg, empty boxes in the produce aisle and produce destined for restaurants and school kitchens with nowhere to go.

As things have settled down into a new normal, the fresh produce supply chain has addressed many of these challenges but it appears that we won’t return to the old ways of working anytime soon. And who could have predicted that farmers and growers would be officially recognised as key workers!

How did the supply chain cope?

The first thing we saw was that there was a big uplift in retail sales as nearly all food was being prepared through household kitchens. Whilst the headlines were all about panic buying, the data shows that there was generally an overall 10 to 20 per cent increase in volumes of produce purchased, rather than panic buying (and you can’t hoard fresh produce – the clue is in the name!).

Much of the produce on the shelves in March was imported crops with the exception of some winter veg and stored onions and potatoes, which meant there was an initial lag in getting increased volumes of produce from overseas into the supply chain.

Retailers simplified their ranges, reducing the number of pack sizes and formats for the same product, to help packing and shelf restocking. They also took on increased numbers of staff to help restock shelves and shut down the deli counters in many stores to free up even more staff.

With so many shoppers either self-isolating or concerned about going to the supermarket, the retailers witnessed a massive uplift in online deliveries from about two million per week heading to three million per week over the month of April.

Local stores have also seen a substantial increase in sales, taking deliveries direct from wholesalers and acting as a local hub, particularly in rural areas. The wholesalers had found themselves in a position of holding stocks of produce originally destined for food service with no restaurants to supply and an alternative outlet has been in home deliveries using their own transport and box schemes.

Away from retail there has been a big increase in home-growing of veg as seen in the huge increase in veg seed sales to the home market along with garden tools and equipment, suggesting that there may be a bumper back garden crop in 2020.

The challenge of keeping fresh produce available to consumers has focused attention on the state of the UK supply chain. When the pandemic is over it may be time to consider whether changes are needed to ensure resilience in the supply chain as we look to respond to climate change (and yes, still Brexit).

The UK is far from self-sufficient in fresh produce

The latest data from DEFRA shows that the volume of UK vegetable production in 2018 decreased by 12% to 2.4 million tonnes and UK production of vegetables contributed to around 53% of the total UK supply in 2018; the lowest proportion of UK production for over 20 years. The story in fruit is one of slow growth but against a limited proportion of UK crop. UK fruit production contributed 16.7% of the total UK supply of fruit in 2018, a slight rise on the 2017 figure of 16.4% although matched with a declining area and tonnage of UK fruit.

If it was seen as strategically important for the UK to increase self-sufficiency, this growth would have to be achieved through a mixture of push and pull approaches, where the push comes from technological advances and the pull comes through consumer preference for UK crops.

The Agriculture Bill currently passing through Parliament calls for greater innovation and productivity in British farming. There are some exciting new technologies being developed around the world that could have a significant effect on UK crop production. Something we do very well at Harper Adams is developing and translating technology for growers, and we have current research looking at automation in harvesting; reducing in-field waste i.e. harvesting more of the crop from the field; reducing wastage post-harvest through improved storage technology; and even breeding more robust crops that can grow in less ideal soils, expanding the area of land that we can grow fresh produce crops on.

Vertical farming is another area of fresh produce research at Harper Adams and this new approach, utilising the increasingly affordable LED lighting arrays, may have a role in increasing self-sufficiency, particularly for high value perishable crops such as leafy salads or soft fruit. This approach could increase, in particular, out of season production, replacing imports, and when combined with the ability to use urban production locations may shorten supply chains and also engage an urban consumer.

The role of consumer choice will be particularly important. It is anticipated that post-Brexit there will be an increased focus on UK provenance for produce and some producers are already flagging up their UK and healthy credentials of their products. For example, G’s have launched the ‘Let’s Beet It’ campaign supporting UK beetroot and driving sales in the last month.

A renaissance in growing produce in veg patches and allotments could also foment change in the perception of produce. An interest in small scale production may even lead to new micro producers, combining millennial approaches to marketing such as an ‘Uber for produce’, where small-scale producers can notify the community of available produce to buy/collect/deliver. A second impact may be that a proportion of consumers may have engaged for the first time with the realities of production challenges such as weeds, pests and weather allowing a more informed debate as we look to the future.

The number of fruit and veg pickers required for the UK season has been estimated at between 70 to 90,000 people. In the last 20 years these roles have mainly been filled by Eastern Europeans, and it is a generation or two since itinerant UK labour filled these roles, but some people can remember the days when cities like London, Birmingham and Nottingham provided the seasonal labour for local produce businesses. Clearly there is a problem in 2020, not only has Brexit been a challenge, restricted international travel and the anticipated loss of workers through COVID-19 are anticipated to lead to substantial shortages of labour. Only one third of the migrant labourers who normally work in the UK had arrived before lockdown.

The first to respond were the fruit growers who launched a campaign at the end of March to recruit unemployed workers and students through the British Summer Fruits website. An industry-wide scheme, Pick for Britain, followed a similar approach and was launched in early April gaining a lot of publicity in the national press. The initial uptake seemed promising, people wanted to do their bit and a WW2 ‘Land Army’ was being touted in some areas of the press. However, the reality appears at this stage to be less promising with one recruiter claiming that from 50,000 applications expressing interest, 6,000 opted to complete the video interview for a role but around 900 rejected the roles that were offered, with just 112 taking up the offer of the seasonal job on a UK farm.

As a response to the low uptake by UK workers, businesses have chartered flights to bring in some workers from Romania but this is not going to be enough and it seems clear that a higher number of UK workers will be needed on farms when the main crop picking season starts in June.

Picking fruit and veg has never been a high-status job, but neither is working in some fast food chains. What needs to change for UK pickers to make the jobs attractive? Growers are used to employing motivated staff, prepared to work long hours for a low UK wage (although a relatively high wage compared to Eastern Europe) over the duration of the season. In addition, the workers accept fairly spartan, shared accommodation on many farms. UK workers who have been made unemployed as a consequence of Covid-19 may have family or dependents, restricting the hours they can work, may not want to live in shared accommodation, and may not wish to work the long hours that are common in horticulture and agriculture (getting the cows in at 4.30am, anyone?). It maybe that this season and, as Brexit bites, future seasons may need the model of managing labour to change to make it more attractive to UK workers i.e. higher pay and shorter hours, leading to more staff required to pick and noticeably higher prices in the shops.

There are two possible outcomes from the challenge over labour availability and willingness, a hastened development of automation and a new generation of young people seeing fresh produce as a career option. Growers have seen this situation coming for a few years but the availability of cheap labour within the EU has removed some of the motivation for investing in the development of mechanical solutions. Whilst the handling and packaging of harvested crops is now increasingly automated, the most difficult task to automate is still the initial crop selection and picking.

In addition, if done correctly, a new generation of young people may get a generally positive experience of fresh produce production and consider this as a viable career, and choose to enter into a UK farming world that they wouldn’t have had any previous contact with. Who knows, there may be a Covid-19 boost to young people wanting to study crop production at Harper Adams. We’ll be ready to welcome them!