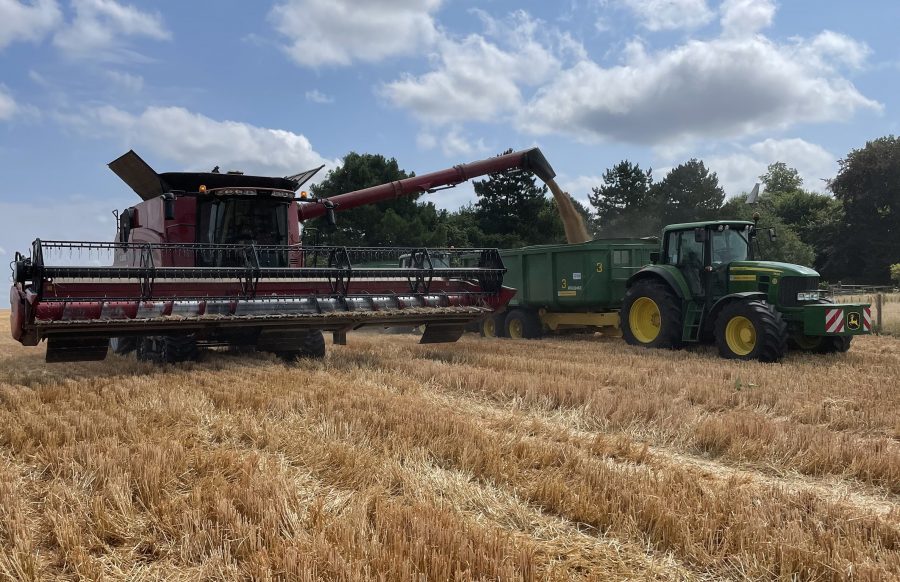 An easy harvest has given way to concerns over getting the next crop in the ground as the South East continues to suffer from an unprecedented dry spell.

The Environment Agency (EA)’s monthly water situation report revealed that 2022 saw the driest July across England since 1935, with monthly rainfall totals for most catchments classed as ‘exceptionally low’ for the time of year. It was also the fifth consecutive month to see below average rainfall across England.

With drought status now confirmed across eight areas, taking in the Solent and South Downs, Kent and South London, East Sussex and Thames, there seems little chance of a respite from the hot, dry weather that has made for challenging conditions.

Arable farmer Tom Sewell, who farms as part of the Sewell Farms family business at Hunt Street, West Farleigh, near Maidstone, painted a mixed picture of the situation.

“The hot, dry weather was good for the harvest because we didn’t have to dry any of the crop, which saved what can be a considerable sum of money – perhaps £10 a tonne on 2,000 tonnes. It was easy to harvest and there was no damage to the soil,” he said.

“On the other hand, there are now no volunteers growing so we can’t get rid of any unwanted growth before planting next year’s crop. The field of barley we cut on 10 July looks like it was cut yesterday (17 August).”

With dormant blackgrass seeds amongst the issues, min-till practitioner Tom is worried that he will struggle to get a clean seedbed if the dry warm conditions prevent anything germinating ahead of his next crop being planted, while oil seed rape is literally a non-starter in these conditions.

The weather has also slowed down worm activity, while the packed soil would make it hard to plant the crop even if there were a likelihood of it getting away, given the lack of moisture in the soil. “It was great to get this year’s harvest done, but we can’t do much on the land now,” Tom said.” We just have to wait.”

While Tom had seen less than 4mm of rain by mid-August, an uncle’s farm near Eastbourne received 62mm in one of the downpours in the middle of the month. “But most of that ran off the top of the dry soil anyway,” he said.

“You can’t get stressed, though, because there’s nothing we can do about it. You can only farm what’s in front of you,” added Tom.

While his winter wheat harvest was “pretty good”, hitting his five-year average, and his barley and beans were “OK”, he said the maize harvest was likely to be poor and said livestock farmers would struggle with the lack of a third or fourth cut of silage. “Farmers are already feeding cattle that would usually still be on grass,” he said.

Tom said that while this year’s high crop prices set against inputs bought the best part of a year ago would make for a good return, next year could be more difficult because input costs had since risen sharply.

As to the weather, he said it was just part of a natural cycle. “You just have to be patient and wait for the right conditions before planting the next crop. We’re doing other jobs and staying pretty relaxed about it. You can’t change it.”

The EA report said that soils were “much drier” at the end of July than they would normally be at that time of year and said river flows decreased at most of their indicator sites, with most classed as “notably low for the time of year”. Stocks of water also decreased at all reservoirs, dropping to 65.2% at the end July.

South East Farmer correspondent and sheep farmer Alan West said the figures “certainly highlight that the current drought situation is not going to be readily resolved. A few showers in the coming weeks are not going to make a huge difference; we appear to be in it for the long haul.”