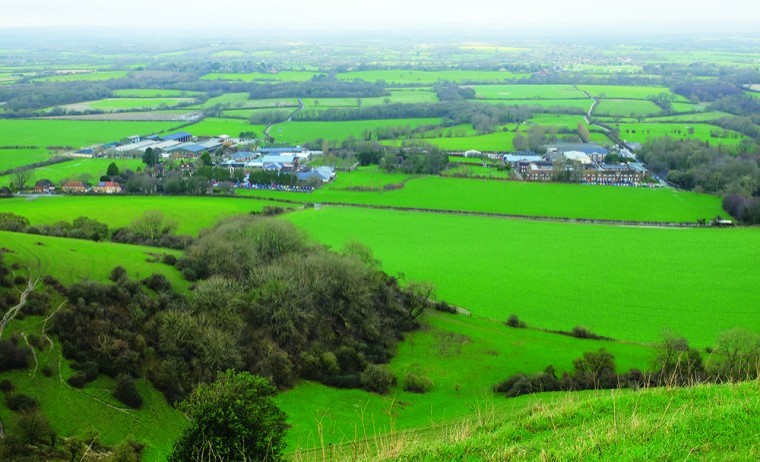 In an exclusive interview with South East Farmer, he pointed out that the court case, which saw the judge at Hove Crown Court fine the college £50,000 and order it to pay costs of almost £45,000 following a prosecution by The Environment Agency, referred to a pollution incident that had happened in 2016.

Since then the college and farm have thrived under a new management team and has welcomed record-breaking numbers of land-based students as it continues to achieve some of the highest pass rates amongst its peers nationally, he added.

In her summing up, the judge in the case was careful to point out that “the immediate and direct course of this event was human error” on the part of an employee who left the college in 2017.

She said the event was not caused by poor pollution control systems but by “the direct and inexplicable course of behaviour by a man trusted and an integral part of the management of the college”. He was responsible, she said, for taking the wrong actions, then concealing what he had and had not done and not alerting anyone to the problem.

The judge pointed out that following the appointment of a new management team in 2015 it was evident that the college had tackled a number of challenges that had affected its performance over previous years. Central to that had been “a rapid improvement in teaching and learning and a raising of standards and expectations across the whole college”, said Jeremy.

While it made significant improvements, in May 2016 the college was judged by Ofsted as Requires Improvement, although its ‘leadership and management’ received a Good grade in recognition of the changes that had already been implemented and its ‘direction of travel’.

By February 2018, following a re-inspection, the college was graded as Good overall, and six months later it had attained the coveted Outstanding badge specifically for its support and wellbeing of students.

The college enjoyed a record-breaking intake this September, with the new cohort of agriculture students learning at the college farm, which is today accredited by Red Tractor and has the prestigious LEAF Marque for its environmentally friendly farming practices.

“LEAF is the lead organisation nationally for promoting sustainable food and farming and environmental stewardship,” said Jeremy. “Less than 5% of total farmed area in the UK is LEAF Marque certified and we are very proud of what we have achieved.”

The latest figures show the college has a 93% student retention rate and a 96% pass rate, leading to 89% achievement of study programme main qualifications, putting it in the top quartile nationally. It is achieving impressive exam pass rates of 90%+ on all technical qualifications, together with high maths and English GCSE grades.

It has established a number of important partnerships with government agencies and sector groups, including the Agriculture and Horticulture Development Board, WineGB and many others, cementing its role in the industry and ensuring it can play its part in delivering the next generation of farmers, growers and specialists.

The farm team has been overhauled and is gaining considerable recognition, with team members reaching the finals of national awards and three new trainee teachers on the staff.

With investment in the future continuing, in March 2021 the college is set to open a £3.5m tourist destination and Horticulture Centre of Excellence in Brighton and the following year it is hoping to open a new, £7m agri-food centre at its Plumpton site.

“The college has achieved a huge amount, but the student experience is still what we most care about,” Jeremy summed up. “That’s why I am particularly pleased that despite a dip in the number of 16 to18 year-olds locally and nationally, we have seen an upturn in the number of students from across the South East who are choosing to study our programmes.

“Coupled with a drive for continuous improvement, this will have a major impact on our farming and wider land-based industries in coming years.”