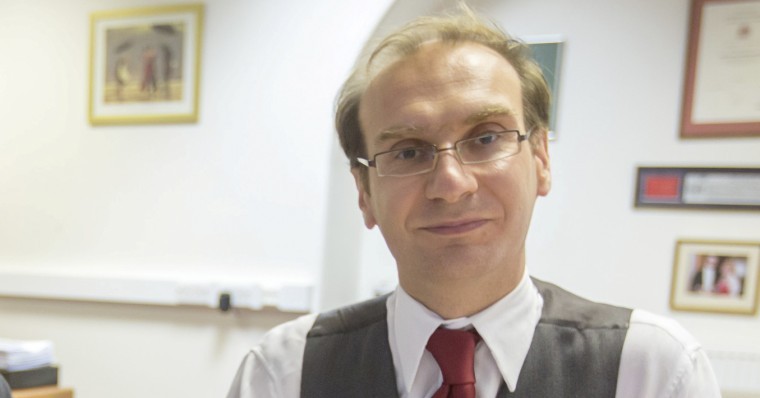 Both Paul Hannan, who was already on sick leave, and deputy Mark Lumsdon-Taylor, who had announced his resignation in January, have been suspended while investigations are carried out into the finances of the Hadlow Group.

Multi award-winning Lumsdon-Taylor has been a high profile figure in recent years and has been credited with overseeing the turnaround in the fortunes of Hadlow College.

Now, though, he is at the centre of high-level investigations into the group’s financial affairs led by three bodies, the Further Education Commissioner, the Education and Skills Funding Agency and the board of Hadlow College.

While rumours circulate about the potential impact of the investigations, particularly since they are said to involve large sums of money, the college has stressed that students have nothing to worry about.

A spokesman told South East Farmer: “Our focus throughout the process has been on the students, their experience and the continued provision of high quality teaching and learning. All of this remains unchanged.

“We do not anticipate any changes to our current curriculum offer, or the new courses planned for September, and would stress to the farming community and those interested in a career within the rural sector, that we will continue to serve their needs.

“The Governing Body is proactively working with both the ESFA and FEC on a solution to the current situation, and has appointed an interim Principal – Graham Morley – who has extensive experience across the whole education sector, including land-based provision.”

Reports suggest that the FE Commissioner’s investigation relates to accounting irregularities around land sales, and there are suggestions that the ESFA is looking to reclaim “significant sums” of money.

Some of those with close links to the college have pointed out that if it needs to raise funds in an attempt to close any ‘black holes’ in the accounts, an easy target would be some of the land around Hadlow that is currently used to support the land-based courses.

Such a strategy is likely to be considered only as a last resort, though, since the land is currently well used and supports college courses that bring in much-needed income. With the college stressing that the courses are safe, the land would seem to be equally safe, at least for now.

Lumsdon-Taylor, who is said to have earned around £200,000 in 2016/17, was Hadlow College’s finance director since 2003 before taking up his new group-wide post in August 2016 when it took over West Kent and Ashford College.

In June 2012 he said “I do things differently” when Hadlow College’s finance team scooped a top award from the Institute of Chartered Accountants in England and Wales (ICAEW) because of what was described as a “unique financial model” that attracted a third of its funding from commercial sources.

It followed the college’s success in 2011 in raising 34% of its £16.5m annual revenue from the private sector at a time when taxpayer funding was severely squeezed.

He said then that while most colleges relied on government funding, “we look to manage over-reliance by seeking alternative sources, so we work closely with business and industry to leverage additional money.”

He added that the strategy represented a “targeted” risk, pointing out: “There is a difference between being risk positive and reckless. Providing you are risk positive and take those opportunities, think outside the box, you can bring in alternative sources of funding and ways of doing things.”

In March 2014 Lumsdon-Taylor was named UK financial director of the year (public sector and voluntary) in the Business Finance Awards, and as recently as November 2016 Hadlow Group was named top public sector company at the Institute Of Fiscal Turnaround Awards.

That prize recognised Hadlow Group’s acquisition of West Kent and Ashford Colleges, the development of its Betteshanger Sustainable Parks scheme and is success in taking Hadlow College from an unsatisfactory Ofsted rating to outstanding in fewer than 10 years.

With the financial management of the group now under such close scrutiny, one concerned farmer told South East Farmer that he felt the group had moved away from its roots and become obsessed with “empire building”.

He added: “It would be nice to see Hadlow get back to doing what is used to do very well, which is running quality land-based courses.”

The college spokesman denied that the group had lost its focus, pointing out: “Our primary goal has always been to provide our students, and the wider communities we serve, with an excellent learning experience, enabling them to develop and progress into the career of their choice.

“The intervention by the FE Commissioner and EFSA relates to a specific situation, and is in no way related to the quality of the courses currently on offer at any of the Hadlow Group colleges or sites.”

Theresa Bruton, the chair of Hadlow College’s board, has now also taken on interim chairmanship of the West Kent and Ashford College board following the resignation of Paul Dubrow after four years in the role.

According to magazine FE Week, the board investigation is said to relate to whether or not Hannan and Lumsdon-Taylor kept the board properly informed about financial transactions regarding land sales and purchases between Hadlow College and West Kent and Ashford College.

A spokesperson for the Department for Education said: “The Education and Skills Funding Agency and the FE Commissioner are working closely with the governing bodies of Hadlow College and West Kent and Ashford College.

“As part of this, the FE Commissioner and his team are visiting the colleges.”

A press statement released to Mark Lumsdon-Taylor’s resignation earlier this year made no reference to recent events but began: “For the past 16 years, I have spent every single day thinking about the future of Hadlow Group and over this time the family has grown and prospered.”