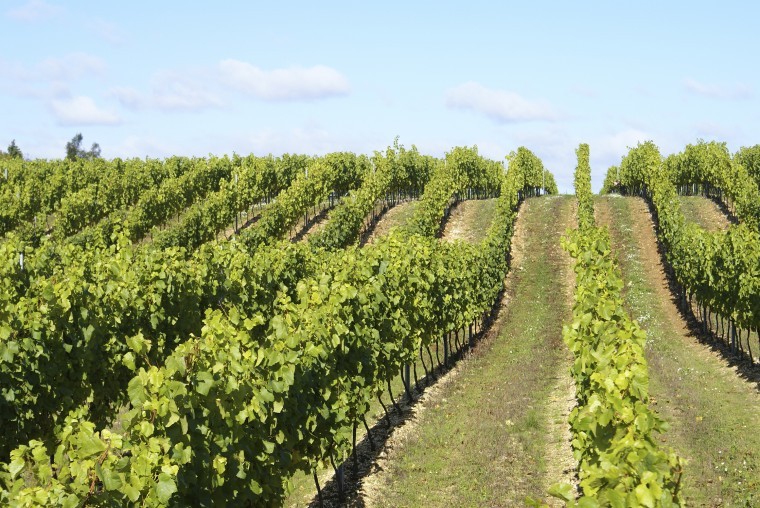 The UK wine industry is proving to be one of the fastest expanding wine regions in the world after seeing the biggest planting of vines on record this year.

As the industry celebrated English Wine Week and Welsh Wine Week, the industry’s trade body Wines of Great Britain (WineGB) has just released the latest planting figures confirming that around three million vines were planted this year – equating to an additional 690 hectares of vineyards and a 24% increase in the overall land now under vine.

This is nearly double that planted last year (1.6 million vines) and three times the one million vines planted in 2017, making the wine industry one of the fastest-growing agricultural sectors in the UK.

Whilst much of the planting has taken place in counties of South East of England (Kent, Sussex and Hampshire) the spread of vines includes Gloucestershire, Northamptonshire, Devon, Somerset, Suffolk, Norfolk, Essex and Wales – showing the ongoing expansion of wine production right across the UK.

“This impressive figure of three million vines represents another milestone in the growth of our fantastic industry,” comments Simon Robinson, Chairman of WineGB. “Last year we set out our vision that in the next 20 years, at the rate of current growth, we could be producing some 40 million bottles per year. We’re certainly heading towards that. This is a thriving British industry.”

Food minister David Rutley said: “Our wine makers are innovative, creative and determined, so it’s no surprise that we are seeing the fruits of their labour now shining on the world stage.

“I will continue to champion our innovative food and drink businesses, and I look forward to seeing more of our stand-out wines in restaurants and on shelves the world over.”

These growth figures come off the back of the UK’s most successful vintage last year, following the superb summer and harvest of 2018 which yielded some 15.6m bottles, smashing the production figure which up until then averaged at around 5 ½ million bottles.

This all comes at a time when English and Welsh wines are enjoying wider popularity in the UK, with most supermarkets now stocking home-grown wines as well as featuring on restaurant and retailer lists around the country. Wine tourism is also providing a popular pastime, with some 200 vineyards open to the public across the country.

Another reason for celebration is the recent raft of noteworthy successes achieved by English and Welsh wines in the major international competitions so far this year, proving that they are very much on the world stage in competing against their peers.

“There is so much going on to celebrate the wines of England and Wales – and perfect timing for English Wine Week,” comments Julia Trustram Eve, WineGB’s Marketing Manager. “Throughout the week and across the country, vineyards, retailers, restaurants and pubs will be hosting events and promotions to raise awareness in the English and Welsh wines.”

“There’s plenty for us to celebrate this year,” summarises Simon Robinson. “We’ll certainly raise a glass or two to that!”