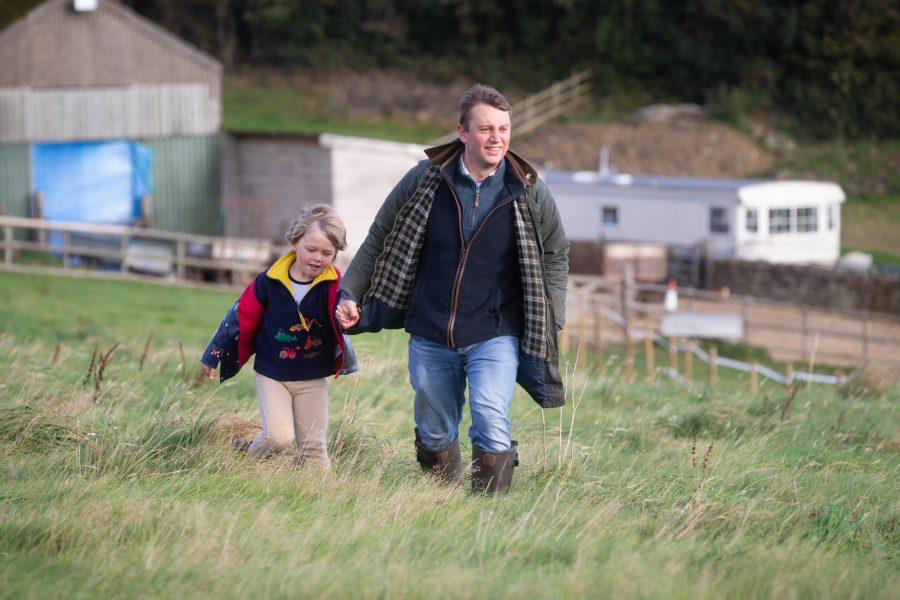 A leading farming charity behind a successful ‘return to school’ grant has stressed that it is committed to ensuring its funds are only used to support those who are genuinely in need.

Alicia Chivers, Chief Executive of RABI, the Royal Agricultural Benevolent Institution, was responding to criticism from a former volunteer who said the charity was no longer means-testing its grant payments effectively.

The correspondent, who asked not to be named but said he retained close links with RABI and stood by his comments “100%”, suggested a small number of payments had gone to families with children who were being educated at fee-paying schools.

In a robust response, Ms Chivers stressed that the charity “takes its duty to ensure we only provide financial support to farming people, in this case farming families, in financial difficulties, extremely seriously”.

She went on: “To date, RABI has been advised of only two cases of concern out of the thousands of farming families supported with this funding and investigated both fully. In both cases, the applications have been confirmed as meeting a genuine need.”

The former volunteer acknowledged that RABI was “best known for the monetary support it has offered over the years to thousands of struggling families adversely affected by the notorious fragility of an occupation which depends so heavily on so many uncontrollable factors, the weather and consumer buying habits among them”.

But in reference to the ‘return to school’ initiative, he went on: “The way some of the funding has been freely and generously pumped out has been the cause of no small disquiet in some quarters, notably among ex-RABI field workers and previous beneficiaries.” He suggested: “In the case of this latest scheme, many of the standard checks and balances that previously operated have been discarded.”

Ms Chivers said the allegations contained “factual inaccuracies” and added: “While the application process was simplified as far as possible for this campaign to ensure we could respond and meet this important need in a timely manner, the application and approval process to support these awards continued to include application criteria, interviews and multiple robust checkpoints for all applications to ensure funds were provided to those in need.”

RABI’s ‘return to school’ grant saw an unprecedented response, with take up in July at four times the expected level. In response, the charity made another £500,000 available on top of the £1m initially set aside to help farming families cope with the current cost-of-living crisis.

“With the current financial pressures impacting on all of us, we know that farming people are having to make unacceptable choices,” Caron Whaley, Director of Services at RABI explained at the time. “Our trustees had already committed £1m to the campaign, however with the level of uptake having surpassed our expectations, I am extremely grateful to them for approving an additional £500,000,” she went on.

“This campaign has introduced RABI and the support we can provide to lots of new people, and we hope will continue to break down some of the invisible barriers that makes reaching out feel like a weakness rather than a strength,” she said.

Ms Chivers said the “overwhelming evidence” from the ‘return to school’ campaign was that the families who came forward were desperately in need.

She said one of the RABI team had spoken to a mother who had been saving £2.50 per week all year because she was worried she wouldn’t be able to give her children what they needed for the new school year. She had no heating oil and was boiling a kettle for hot water to bathe her children. The team member told her she would be speaking to the mother about longer term help and mental health support.

In mid-September RABI was announced as the winner of the Change Project of the Year category in the prestigious Charity Times Awards, highlighting the calibre of its work within the farming community.

A spokesperson for the charity said that the thinking behind the ‘return to school’ grants was to encourage people to apply by offering help for a specific purpose rather than expecting people to admit that they needed general financial support. It is aiming to reach four times as many farming people by 2024.

The ‘return to school’ help, together with a fuel poverty grant also organised in response to the cost-of-living crisis, had seen RABI’s reach extended significantly, with 89% of the applicants approaching RABI for the first time. The approach had helped remove some of the stigma and the barriers from asking for help, she said.

“RABI remains focussed on working hard to achieve its ambitions, to support even more farming people who need and deserve the charity’s care and support,” Ms Chivers concluded.

RABI’s free, confidential helpline is available 24 hours a day, seven days a week, on 0800 188 4444.  Online wellbeing support and counselling services can be accessed via rabi.org.uk