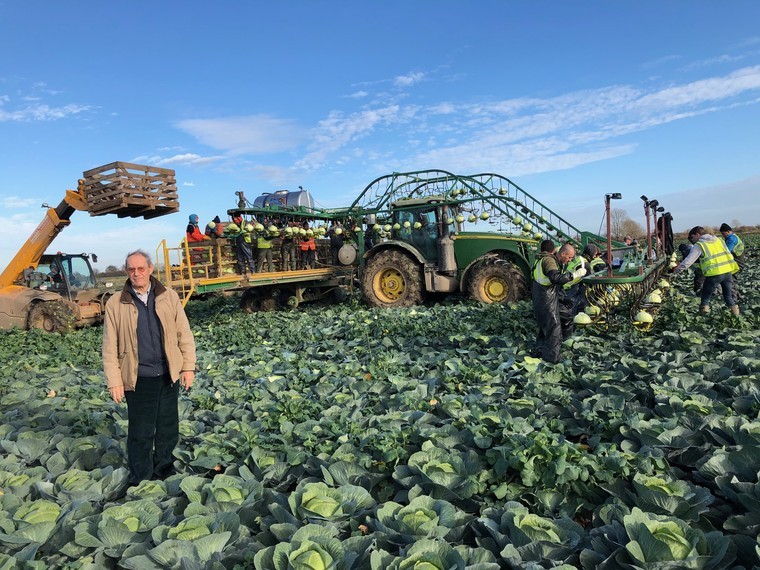 Growers who triggered a formal ballot on the continuation of the AHDB Horticulture statutory levy have warned that the fact that the ballot will not be carried out until next year must not be used to disenfranchise growers from the process.

AHDB Chair Nicholas Saphir has said that the AHDB needs to verify who is entitled to vote in January’s ballot, something that has caused unease by those calling for the ballot.

Spalding-based flower grower and co-organiser Simon Redden says: “AHDB has yet to make public who will be eligible to vote. To limit voting to growers who have paid a levy in the twelve months immediately prior to the vote would be grossly unfair given the unprecedented hardships that growers are currently experiencing; all growers registered with the AHDB up until the time of the Defra review in 2018 should be eligible to vote.

“We hope that delaying the ballot from October 2020 to January 2021 will not be used as an excuse to deny these growers a vote in the ballot. We want to know whether sectors of horticulture where AHDB has granted growers a deferral on their payments will receive a vote or not.”

The Chair of the NFU Horticulture and Potatoes Board Ali Capper, bemoans that the ballot is a simple question which ‘does not allow all the nuances around the debate to be heard’.

However, Simon points out that this is down to the stance that the NFU itself has taken in the past: “When we first published the results of our own ballot in July, we called on AHDB, the NFU and Defra to recognise the strength of feeling among grass-roots growers. However, rather than engage in a debate about the complaints growers had, and possible solutions, the NFU refused to engage with us and the AHDB advised us to trigger a formal ballot on the statutory levy which is what the industry has now done. Ms Capper is entitled to her personal opinion that a statutory levy is fair , but in doing so she has failed to represent her members views shown by our ballot which makes her position as chair untenable. What could be fairer than a ballot on the future of the statutory ballot by those who fund it? Why has the NFU consistently opposed such a ballot?”

Vegetable grower Peter Thorold adds: “It cannot be right that some growers who cannot pay their levy due to these terrible economic times may be denied a vote while others in a similar situation may qualify because AHDB appears to approve of them. Furthermore, AHDB and Defra must not confuse a lack of votes with an endorsement of the status quo. Any attempt to count those who do not return their ballot paper as a vote to continue the statutory levy would not only be incorrect but a blatant attempt to misrepresent the results of a democratic process.

The three growers who are the AHDB Review Petitioners also refute suggestions by some that they are a “vociferous minority” leading a “localised but significant” campaign.

Lincolnshire vegetable and potato farmer John Bratley explains: “The whole point of our original ballot in July was to discover the true views of levy-payers and the results were overwhelming. When we asked the NFU to respond to our findings by calling for an official ballot they refused, so with the mandate we had received from growers we started the official ballot process.

“Based on that feedback and the lack of response it generated from bodies which are supposed to represent growers, we then went back to the industry and asked if they wanted a formal ballot on the levy as the AHDB had suggested. We received completed forms requesting a ballot from all over the UK form the South of England to Scotland and right across the sectors represented by AHDB Horticulture including flower growers, fruit ad nursery stock producers and large-scale field vegetable producers.”

In a further development, the AHDB Petitioners have announced that they have now launched the process of collating requests for a formal ballot on a statutory levy of AHDB Potato growers, with a view to handing the necessary number of completed requests to AHDB in the next few weeks.

John Bratley adds: “Our initial ballot in July also highlighted a significant level of discontent with AHDB amongst potato growers. In now calling for their requests for a formal ballot on the continuation of a statutory levy we are ensuring that their voices are heard too.”