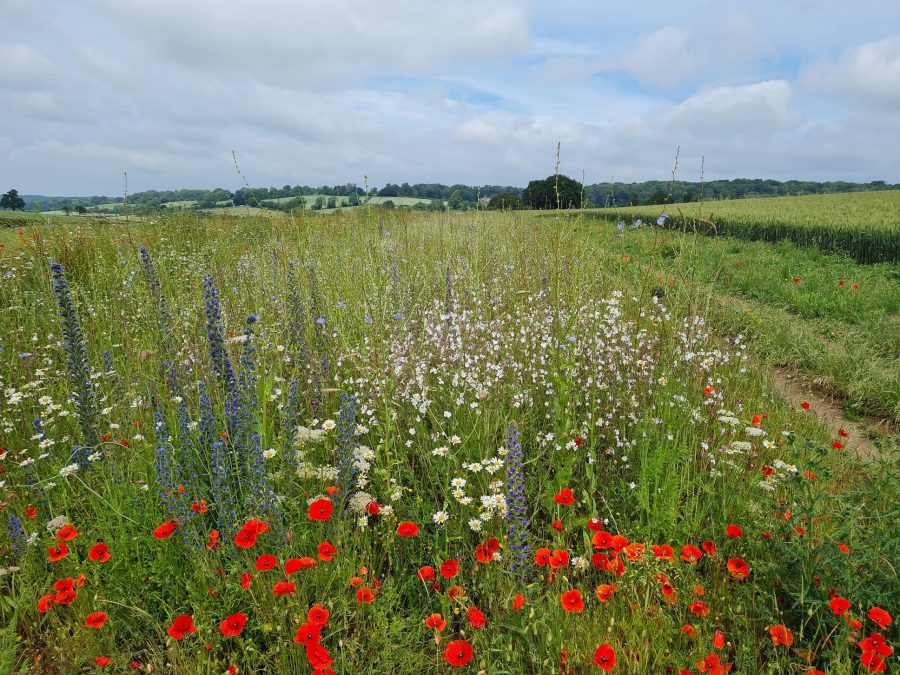 A new habitat measure developed by scientists from the Game & Wildlife Conservation Trust (GWCT) to boost the fortunes of the beloved, red-listed grey partridge, is proving a big hit with insects too.

The new PARTRIDGE flower cover crop seed mix has been developed by GWCT researchers working on the NSR PARTRIDGE project and is designed as an alternative to the UK’s Wildbird Seed Mix (WBM). It is based on years of research across Europe into the ideal combination of plants to maximise biodiversity and provide cover and insects as food for grey partridge chicks. In insect sampling studies carried out by GWCT ecologists, the PARTRIDGE mix, which is available through Wildlife Plots, was the best wild bird seed mix in the UK for insects, both in quantity and variety of species.

Steve Moreby from the GWCT’s Farmland Ecology Unit said, “Both first- and second-year plots contained more of the key grey partridge chick food insects when compared to other mixes. This looks to be a very promising mix.”

“Many of the wild bird and pollinator mixes currently available are limited in what they can deliver. They often contain less than 10 species of plant, predominantly non-natives which die after a hard frost in the first winter, leaving a monoculture of kale, or when the kale has failed, virtually nothing. As a result, they usually need to bere-established at least every other year, leaving a big gap with no cover, food or shelter in spring and into early summer.

“The new mix consists of almost 30 species of plants, 19 of which are native to Britain. It is not only pleasing to the eye, but provides the best possible habitat for insects, grey partridges and other farmland wildlife.”

GWCT researchers also looked at insect numbers in other habitat measures for grey partridges being used at the Rotherfield demonstration site: arable margins (cultivated uncropped field margins) and extended overwintering stubbles, comparing the number of insects in these habitats to those in winter wheat. In line with other farms sampled across the UK, winter wheat at Rotherfield contained very low insect numbers, well below the required Chick Food Index (CFI) of 0.7.

“The PARTRIDGE Mix appears to contain considerably higher insect numbers than standard Wildbird Seed Mix, indicating its usefulness for biodiversity in general and grey partridge chicks in particular,” commented Francis. “Based on these results, Defra has included the PARTRIDGE Mix in their ELMS trial scheme under the name ‘Wildlife Plot’. We encourage everyone to test this promising new mix and request it as an AES option when it is available.”