Boundary change is on the way - South East Farmer 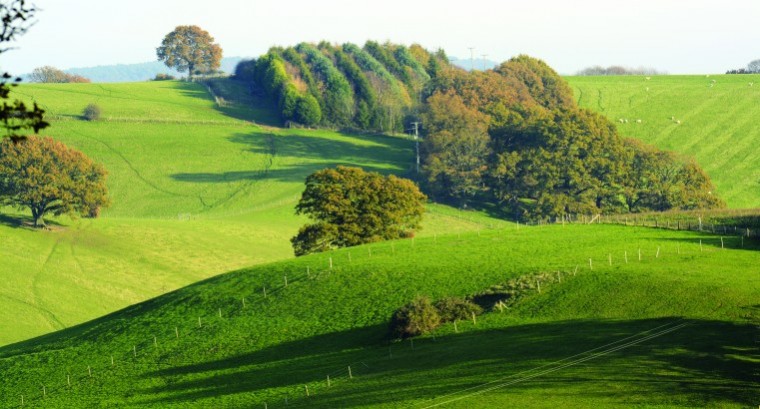 Despite uncertainty about funding, work is going ahead to try to extend the Surrey Hills area of outstanding natural beauty (AONB).

If the extension goes ahead, any extra costs will be “marginal,” according to Rob Fairbanks, Surrey Hills AONB’s chief executive. He recognises that no extra cash for the plan will be available from DEFRA, which is why the AONB is promoting other ways of funding in its management plan for 2014 to 2019.

Mr Fairbanks said the AONB was designated in 1958 and its boundary has never been reviewed. It is surrounded by and overlaps with areas of great landscape value (AGLV), which were designated by the county council.

But the government is trying to get rid of AGLVs to simplify the planning process. “As part of that process, there is a local campaign by the county, borough and district councils which wants to consider the integrity of the AONB,” Mr Fairbanks said.

Natural England is the DEFRA agency which has to keep the boundaries of the national parks and AONBs under review, so any request to change the Surrey Hills AONB boundary must be examined by Natural England. “Natural England is satisfied that some of the AGLV should be considered AONB, and have said they will do a review as part of their corporate plan period,” Mr Fairbanks added.

The Surrey Hills AONB partnership’s proposal is to extend the AONB boundary by almost 82.5 square kilometres – an additional 11% of the AGLV – to include diverse countryside ranging from rolling chalk downs and flower rich grasslands, to acid heaths and broadleaved woodland with a network of public footpaths.

If Natural England decides to change the AONB boundary, a variation order will be submitted to the secretary of state for a final decision, following a period of consultation, and detailed boundary setting.

The Surrey Hills decision could take some time. Natural England’s current corporate plan period covers three years up to 2015, and the Surrey Hills extension is on the “to do” list after planning inspectors’ decisions on extensions to the Lake District and Yorkshire Dales national parks and a small variation to the Suffolk Coast and Heaths AONB.

Mr Fairbanks wants to avoid the Surrey Hills extension going to a public inquiry because they take time and are costly. “We want to do this in consultation and take landowners, farmers and the local authorities with us.”