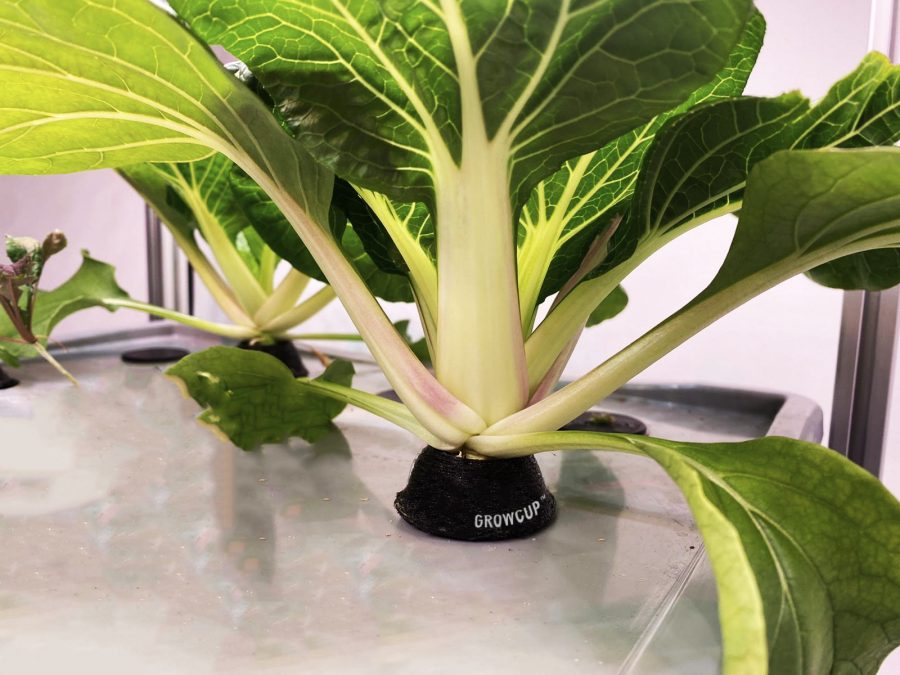 An exciting, South East-based start-up business that promises to drastically reduce waste and cut costs in the vertical farming world has received a major boost with a £50,000 grant from Innovate UK.

GyroPlant, set up by 27 year-old Brighton-based Marcus Comaschi and now headquartered in Chichester, has developed a unique product called GrowCup™, a reusable alternative to single-use growing media for seeds.

Marcus began developing his idea in 2019, backed by a £5,000 grant from the Douglas Bomford Trust. A year later he was granted a further £5,000 from Innovate UK to support concept work and prototyping.

Now Marcus, who admits that the business would not have got off the ground without the funding support he has received, has been rewarded for his insight and hard work with a second Innovate UK grant, this time receiving £50,000 through the Young Innovators Next Step Awards.

The awards “recognise trailblazing young entrepreneurs, accelerating their business growth to deliver an even bigger impact” and were made to 19 UK businesses, based, in the words of Innovate UK, “on their progress and their future growth plans”.

Marcus explained that the idea of GrowCup™ is to provide a supportive, reusable and low-waste medium in which vertical farming crops can germinate and grow.

“Most growing mediums, or substrates, are flown or shipped in from all over the world and are thrown away after one use,” he said. “That means even a relatively small business growing salad crops or similar can be throwing away 20,000 cubes of substrate a week, and sometimes the mesh plastic cups in which the plants are grown are also thrown away.”

The GrowCup™ alternative is a small rubber cup with prongs at the base that open up to accommodate the growing roots and which holds a much smaller amount of substrate. Importantly, both from an environmental and cost-saving perspective, it can be rinsed after use and re-used, time and again.

“Because of its design, the GrowCup™ uses 90% to 95% less growing medium than most single-use alternatives currently available,” said Marcus. “Given that most substrates are flown in from all over the world, the carbon footprint is enormous, and our product changes that, as well as saving the grower money.”

The Innovate UK grant will allow the final research and development work to be completed so that manufacturing can begin, hopefully later this summer. “None of this would have happened without the grant,” said Marcus, whose business goal is to work with vertical farming systems rather than selling direct to growers.

Currently working alongside a multi-million-pound partner to launch the product, Marcus said the support from Innovate UK had been “amazing, not just in financial terms but because it has provided a lot of networking opportunities”.

He explained: “Innovate UK has helped connect us to other likeminded people and partners in the UK, offering us networking opportunities which wouldn’t have been possible if we were on our own. We are very grateful to be selected for the Young Innovators Next Steps Award and hope that it will help us to develop and succeed globally.”

Innovate UK is currently looking for the next generation of 18 to 30 year-olds to apply to be part of the Young Innovators Awards 2022/23 cohort. Aspiring entrepreneurs can learn more at: https://ktn-uk.org/programme/young-innovators-22-23-registration/  Applications close on 27 July.