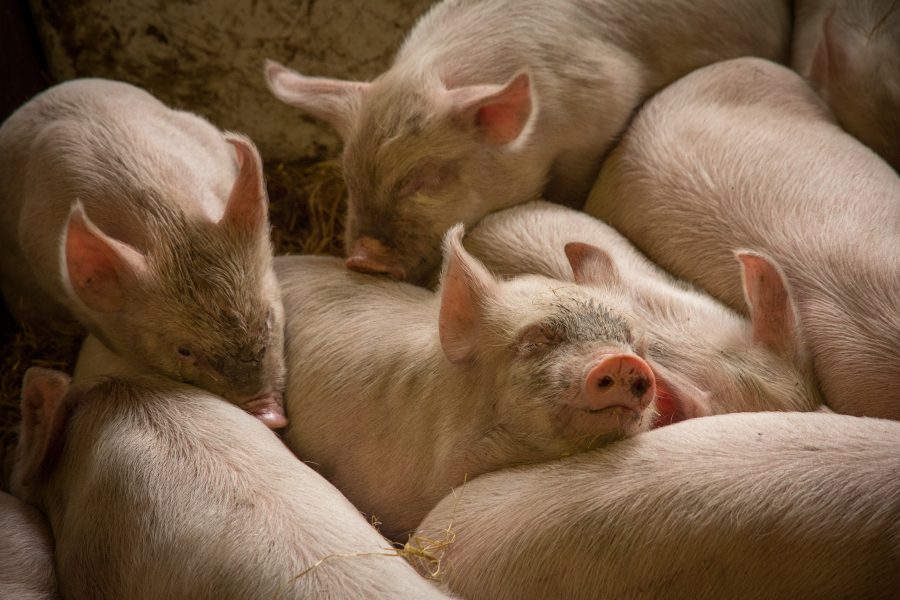 Pig prices have had a better year but need to rise another 10% to give producers some hope for the future, South East Farmer has been told.

Jack Bosworth, part of the F J Bosworth and sons family business at Spains Hall Farm, near Chelmsford in Essex, said prices had been rising steadily since hitting a rock bottom £1.41 per kilo in March of this year.

“In November last year pigs sold from one of our units averaged £1.63 a kilo. A year on they are selling at £1.99, which is 36p per kilo higher and a lot better than the March price, but it needs to keep rising,” he said.

“Inputs have also been going up, with the extra cost of feed taking about 15 or 16p per kilo out of that 36p, along with loan costs – say another 2p a kilo – and then rising energy costs.  In the end things are slightly better, but it’s still a struggle.

“We need to see at least another 10% on the price to see the start of a recovery. £2.20 a kilo would put us in a decent place, but we are running a modern and efficient unit; others are likely to need the price to be closer to £2.40 to be comfortable.”

Looking forward, Jack said the industry was keen to see the results of DEFRA’s consultation on fairness in the supply chain and for positive measures to be brought forward. “And we need to continue to encourage people to eat home grown pork,” he added.

Figures released by the Agriculture and Horticulture Development Board suggested that the average price per kilo had fallen below £2 for the first time since mid-September, with the fall attributed to particularly low prices being paid by some large national processors. AHDB figures suggest prices hit a high of 200.72 per kilo in November.