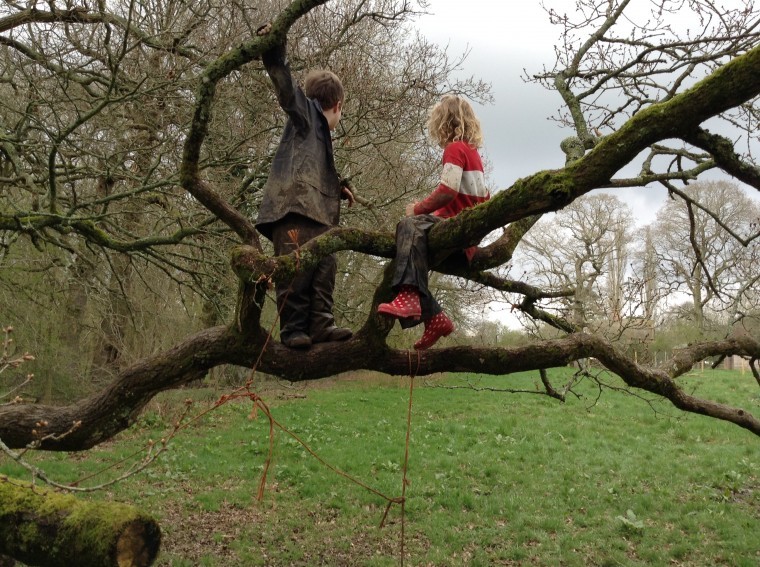 Tracey Poulton, from Billingshurst, Sussex, had a high-flying career in marketing, working with many big household names, when she found a house in 33 acres for sale in 2009. She renovated it and moved in two years later, then decided to make a complete career change and set up a nursery on the farm, where the focus would be on outdoor learning and understanding the natural world.

So Natural Nurture was formed.

Tracey explained how the venture came about: “One campaign I worked on with DEFRA made a big impression on me. It was running an educational programme to help children understand where their food comes from and we would go around on a tour bus, talking to children about food. It was shocking to find out how many children thought a cow had to be slaughtered for its milk and when we asked children to draw a hen, they would draw chicken nuggets.”

Tracey was disappointed when the campaign was axed, because she had seen the positive impact it had on young people. So she decided to buy the decommissioned bus and use it to continue educating children in farming and the natural world.

A while later – and by sheer chance – Tracey stumbled on the house near Billingsgate, where she set up the nursery four years ago. It is now thriving and the children spend 80% of their day outdoors, all year round.

The nursery is bio-dynamic certified and organic, with food raised or grown on the farm. The education bus still stands in the grounds of the farmland and is used by the children aged two to five who arrive every day. Holiday clubs are also held on the farm for children up to eight years old.

Tracey said: “There are many elements that set us apart from other nurseries, including our understanding of how being outside positively benefits mental health. We also work with an independent registered psychotherapist, using her services as part of our offering as an educational practice. Everything we do is to benefit children and help families truly get the best start in life.”