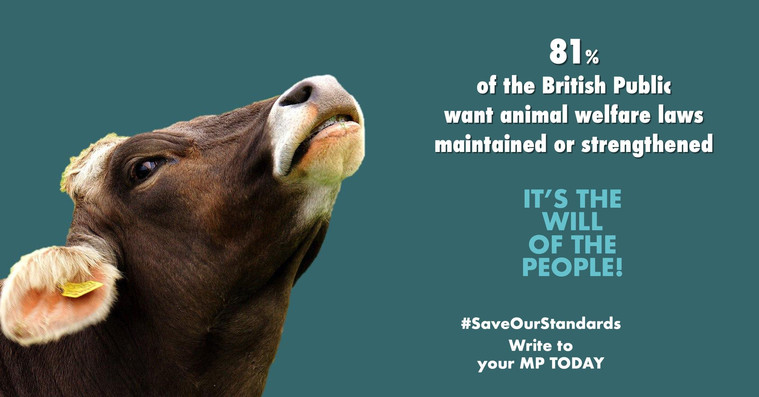 The Government’s announcement that it will be extending the scope of the Trade and Agriculture Commission (TAC) and putting it on a statutory basis has been warmly welcomed by the NFU, which believes farmers, growers and the British public will share its view.

While one pressure group remains “unconvinced that the TAC genuinely promotes and protects British farming interests”, the union that represents the interests of British farming is more upbeat, with President Minette Batters calling it “a landmark moment”.
Welcoming the announcement that Secretary of State for Trade Liz Truss is to extend the commission’s remit beyond its previous fixed term and give it a more active role through a new legislative underpinning that will be reviewed every three years, the NFU pointed out that more than one million people had signed its food standards petition.

The commission was initially launched for a six-month period in July, but it has now been given the task of producing a report on the impact on animal welfare and agriculture of each free trade deal the government signs after the end of the EU transition period on 1 January.

The government said the move was part of its ambition to place farmers at the heart of its trade policy and would “allow Parliamentarians access to independent and expert advice when reviewing the impact of each trade deal”.

Meanwhile the TAC will continue with its current remit, which is to report on a number of issues including trade policies the Government should adopt “that ensure animal welfare, food production and environmental standards are not undermined” and on new export opportunities. The full report will be published in February and presented to Parliament.

Beef and arable farmer David Exwood, from Horsham in West Sussex, said the British public and farmers wanted to see the Government “stand up for our values and standards and not see them undermined in future trade deals”.

David, who is also the NFU’s South East Regional Board Chair, said the Government’s commitment was “an important step” and hoped that farmers in all sectors across the South East would continue to lead the way in sustainable, high welfare food production.

Liz Truss said: “As trade secretary, I want deals that deliver for British farmers and help them sell more brilliant produce around the world. I will never sign up to anything that threatens their ability to compete, or that undermines their high standards.

“The Trade and Agriculture Commission is an important part of our vision for a values-led and value-generating trade policy. It is about putting British farming at the heart of our trade agenda and ensuring the interests of farmers and consumers are promoted and advanced as we move closer to becoming an independent trading nation on 1 January.”

Ms Batters said: “This significant commitment to primary legislation on food standards, both in the Agriculture Bill and Trade Bill, is exactly what we have been calling for. It is a landmark moment for the people of the UK, for our countryside and the future of the food on our plates.

“It means everyone who cares about our trading relationships with the rest of the world – MPs, stakeholders and the public – will see independent expert advice from the Trade and Agriculture Commission on future trade deals before they are ratified.”

She said that at a recent meeting with Prime Minster Boris Johnson, “it was clear to me how much he personally cares about this issue”, adding: “I am delighted that he has led the Government to draw a line in the sand and follow the 2019 Conservative manifesto commitment not to undermine our farmers in future trade deals by ensuring the Trade and Agriculture Commission can report to Parliament and MPs can give proper scrutiny to future trade deals.”

RSPCA Chief Executive Chris Sherwood said his organisation also welcomed the Government’s announcement. “Making the Trade and Agriculture Commission statutory and extending its life for three years will meet the RSPCA’s requirements for an independent body with teeth that can represent the welfare of animals,” he said.

One pressure group, though, was less impressed. While Save British Farming welcomed the Government’s move, it warned that the TAC “does not deliver a failsafe route to protecting our food, animal welfare and environmental standards”.

The organisation added: “We believe the current government move could be a very deliberate effort to torpedo the Lords’ amendment to the Agriculture Bill which would see high standards enshrined in law.”

Liz Webster, founder of Save British Farming, said: “If this Government was committed to ensuring British farmers continue to feed the British people, they’d be delivering an Agriculture Bill that protected us from low standard imports. But in truth this bill turns our farmers into park keepers, and the concession on the Trade and Agriculture Commission is a baby step which is designed to try and placate campaigners.”

The group also pointed to a “lack of representation of environmental and animal welfare organisations in the TAC”, which it described as “a critical failing”, adding: “We cannot support any solution that relies on the TAC in its current format. We want food standards in law and a truly representative, truly empowered, body feeding into trade decision-making.”

Save British Farming has pledged to continue tractor events and processions through towns and markets and to distribute banners throughout the country.