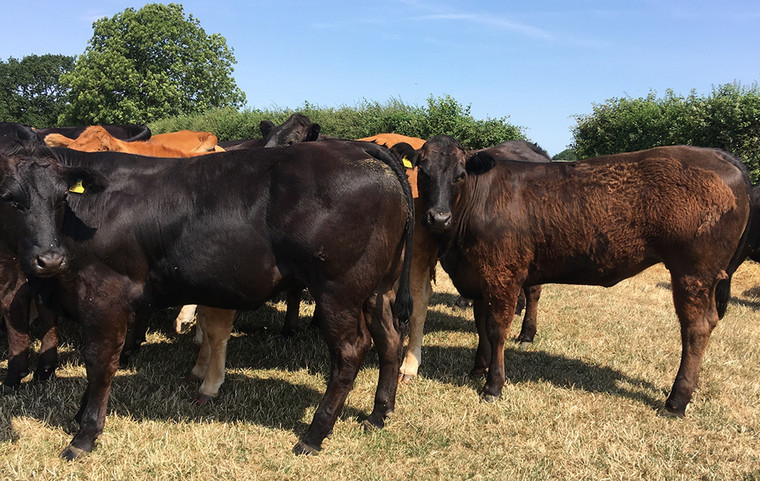 Farmers in East Anglia and the South East wanting visible evidence that trace element supplementation is sound business for its impact on cattle at grass are being shown what one of their own has found.

Vet Dr Elizabeth Berry from Animax explains that even after a normal winter, south eastern pastures are typically about 50% deficient in essential trace elements.

“But this year more than most, a dilution effect of waterlogged soil for weeks on end means grass is likely to be unusually deficient in selenium, cobalt and iodine,” she says. “This also applies to copper in areas with known deficiency.

“Of course, shiny coats on Mr Prichard’s supplemented cattle don’t pay any bills in themselves. But they are a reliable, reassuring sign of good health, performance and potential profit.”

Surrounded by this year’s unpredictability in agri-policy, cattle prices and indeed the weather, Dr Berry suggests that one certainty for cattle-keepers can be 180-days of trickle charge trace element supply from Tracesure boluses. These employ a controlled slow-release ‘leaching’ mechanism developed and patented by Animax, not available from any other sources.

She explains that biological functions affected by these trace elements include immune function, energy metabolism, digestive enzymes and breeding hormones. “Clearly, sub-optimal function in any one of these, never mind several, is going to have an adverse effect on animal productivity and financial performance. Addressing this before it happens is good business as well as affordable and easy to do.”

From his own experience, Mr Prichard wants others like him to see what he saw and is certain about at least one thing this spring: “I am now so convinced these boluses do a good job that I’m giving them not just to the bulling heifers but all our suckler calves too,” he says.