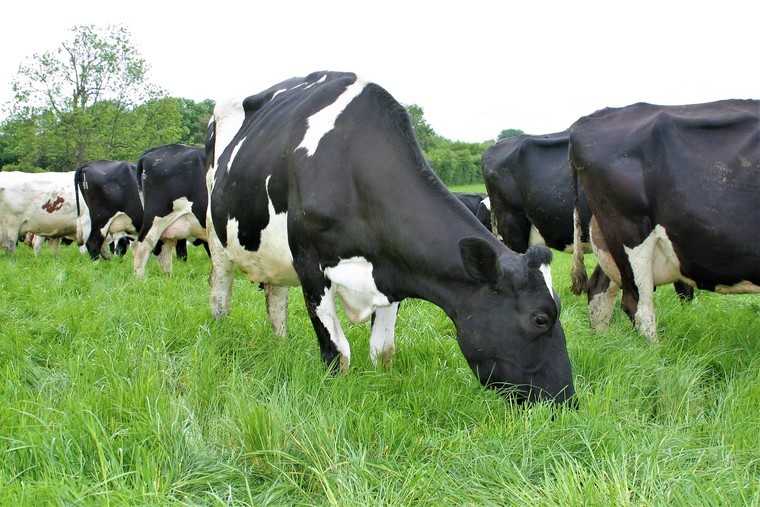 As the mild and wet winter seems to be endlessly dragging on and the limited supplies of straw and forage from the meagre harvests of 2020 are dwindling, now is the perfect time to look ahead towards turnout and plan for the coming grazing season, writes Jack Balkham BSc (hons) BVSc MRCVS from Westpoint Sevenoaks and Ashford.

As turnout approaches, we move our attention from diseases of housing (pneumonia, lice and ringworm) to those more prevalent during grazing and what we can do to lessen the risk or impact of these diseases and optimise herd performance. The primary diseases we concern ourselves with at this time of year are lungworm, leptospirosis and clostridial diseases. This list of diseases is far from exhaustive, though, and I hope that these and others are covered within your farm’s herd health plan.

Lungworm, or husk, is a common parasitic disease of cattle caused by the worm Dictyocaulus viviparous. It is primarily a disease seen at grazing, with animals infected by ingesting parasitic larvae from pasture. Adult lungworm, present within the lungs of cattle, produce eggs which hatch to become larvae which are subsequently coughed up and passed in the faeces of the cattle. These larvae then develop to become infective over the course of approximately one week on the pasture, at which point they may be ingested by cattle, migrate and mature to become adult lungworms themselves, approximately three weeks after ingestion. The clinical signs will vary in severity but include an increase in respiratory rate, weight loss, reduced yield, coughing (from two to three weeks after infection) and death.

Although the disease is treatable using avermectin/milbemycin anthelmintics, losses may still occur in an outbreak situation. Cattle will develop an immunity after one to two months to lungworm if exposed at low levels, but this is unreliable and so vaccination should be considered where there is a deemed threat of lungworm. It has been estimated that outbreaks of lungworm will cost between £50 and £100 per head, with additional losses of £3 per cow per day for milking cows (COWS, 2020).

Outbreaks are most commonly seen in first and second season grazing animals, with larvae numbers greatest in mild and wet summers where pasture is heavily stocked. Disease prevention may be achieved through vaccination or repeated use of anthelmintic treatments. Considering the desire to reduce the development of resistance within worm populations to wormers, the former is a more desirable approach. Bovilis® Huskvac has now been available for a number of years and has been successfully used on many farms. It is an oral preparation with a basic dosing schedule with animals over eight weeks of age receiving two doses, four weeks apart, to be completed two weeks before turnout.

As with any disease treatment or prevention programme, please discuss this with your vet to ensure an appropriate and targeted approach on your farm with regards to the assessment of specific risk, implementation of diagnostic testing, the implementation of relevant treatment and preventative measures.

Leptospirosis is a bacterial disease of cattle that may also be passed to humans (causing influenza-like symptoms). There are several different strains of the bacteria but the most important are Leptospira interrogans serovar hardjo and Leptospira borgpetersenii serovar hardjo. Cows become infected through contact with urine, semen or reproductive fluid of infected animals or from sheep and shared watercourses. Leptospirosis is primarily a reproductive disease of cattle, with losses seen through abortion and infertility, although reduced yield, jaundice and urinary infections may also be seen. Because the major risk of the disease being introduced to the herd comes from sheep or shared watercourses, summer is the highest risk, so it is prudent to vaccinate all stock pre-turnout to provide protection for the herd and staff.

Blackleg, botulism and tetanus are just three of the major clostridial diseases of cattle. Clostridia are bacteria which readily multiply once an animal has been infected, often leading to sepsis and death. A cow becomes infected with clostridia by ingestion or inoculation with their spores (via a graze or wound), which are highly resistant and remain in soil for years. Due to the severity of clostridial diseases and the relatively inexpensive nature of the vaccine (from approximately 60p per dose), protection against these diseases of grazing animals is highly recommended and I advise you to speak to your vet regarding vaccination.

Identify risks specific to your herd and plan ahead as we look forwards to summer 2021, and with some proactive health planning let’s ensure it’s a healthy and productive one!