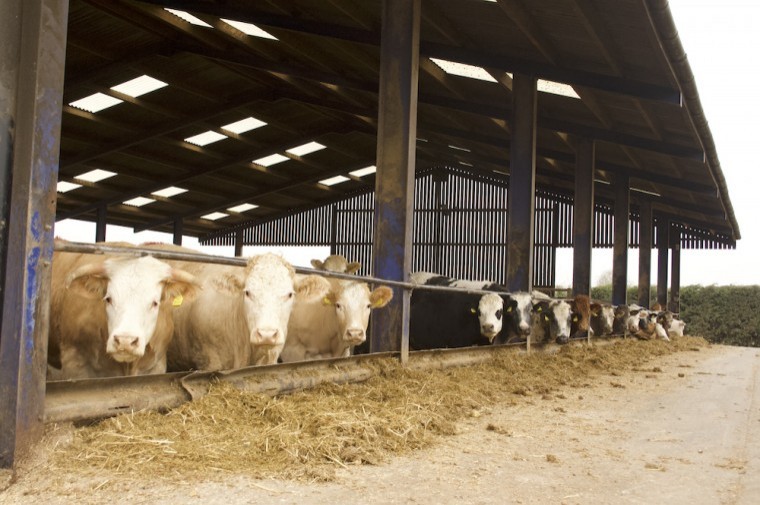 Housing provides an opportunity for cattle farmers to remove worm burdens acquired over the grazing season, reducing the risk of clinical and subclinical disease over the winter.

“Once cattle are removed from pasture they will not be exposed to further parasite challenge, so treatment at housing can offer a number of benefits”, according to Sioned Timothy, ruminant technical manager at Boehringer Ingelheim.

It is however important that any treatment is administered on the basis of a risk assessment, which takes into account factors such as age, grazing history, treatments administered at grass and the presence of clinical parasitic disease. Diagnostic test results may also be of use.

Treatment efficacy should also be assessed. There is increasing awareness of the risk of anthelmintic resistance in cattle parasites; the use of an ineffective treatment will leave animals with a residual worm burden, impacting on productivity.

Growing cattle housed after their first or second season can be treated with products containing either a Group 3-ML or Group 1-BZ anthelmintic. These products are effective against encysted stage larvae acquired in the latter stages of the grazing season. Left untreated, heavy larval burdens can emerge in late winter or early spring causing type 2 ostertagiosis and resulting in severe scouring, rapid weight loss and in severe cases, death.

Housing sees the risk of external parasite infestations rise, due to the closer proximity of animals to each other and warm conditions. Group 3-ML pour-on preparations such as those containing eprinomectin and ivermectin are effective against both sucking and chewing lice, and mange mites.

The provisional liver fluke forecast from NADIS is low risk across the UK with the exception of south west Scotland, where the risk is medium. However, farmers are advised to take account of local conditions.

“While the fluke risk is low in most regions, local factors should be considered when assessing risk. On permanently wet pastures, the intermediate host – the mud snail (Galba truncatula) – can thrive in warm summer conditions leading to high levels of fluke exposure and infection later in the year,” says Ms Timothy.

Therefore, vigilance is needed to look for signs of disease in both cattle and sheep. These range from general dullness and illthrift to rapid weight loss and sudden death where heavy acute infections are present. While chronic infections may not lead to obvious signs, there may be loss of fertility, weight gain or milk yield.

Ms Timothy advises: “Where animals have been grazing at risk pastures any evidence of poor body condition score or sub-optimal productivity should be investigated. Diagnostic testing such as faecal worm egg counts can be a useful (but not fool-proof) method to identify chronic fluke, where egg-producing adults are present, but it will not identify cases of acute fluke disease which is caused by juvenile fluke.”

Where acute fluke infection is identified or suspected in sheep, cases should normally be treated with triclabendazole – the only product effective against both adult and immature stages of the parasite. Veterinary advice on treatments and efficacy testing should be sought.

Other products are suitable for treating chronic fluke infections in both cattle and sheep. In cattle, products containing nitroxynil, closantel or clorsulon treat late immature and adult fluke, which are the cause of most production loss. Unless specifically advised by the farm’s vet, the use of triclabendazole should be avoided to preserve its use in sheep and to lessen the risk of resistance developing.

Sheep farmers need to be aware of the risks of Parasitic Gastroenteritis (PGE) and haemonchosis. This results from infection with larvae of many disease-causing roundworm species which can be present on grazing pastures at the end of the season.

Across the UK, there have been reports of infections continuing with high egg counts and disease outbreaks.

As the weather becomes colder, Haemonchus larvae encyst in the abomasal wall of host sheep. Left untreated they resume development in spring.