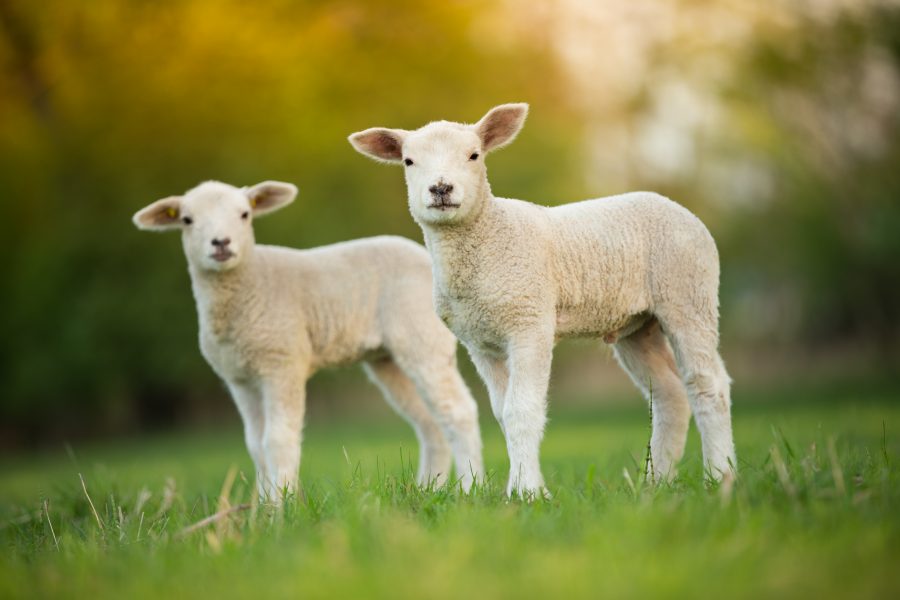 Unexpectedly high worm egg counts in livestock are being seen in areas experiencing drought, prompting experts to warn farmers to test their stock.

Sheep farmer Peter Baber who farms at Weir Park Farm, near Exeter, Devon, last tested his lambs on 30 July. The result revealed worm egg counts of 2,240 eggs per gram (EPG), despite the ground being ‘burnt to a cinder’. The suggested threshold for treatment is 250 epg and above.

He believes worms eggs must have been building over time, with lambs drenched six weeks previously due to high counts.

His farm, which is all permanent pasture, is being hit hard by the drought, with early-born April lambs weaned prematurely at the beginning of July, enabling grass to be prioritised for the lambs. As a result, ewes are now being fed on a full winter ration.

As a result of the extreme conditions, Mr Baber had expected worm egg counts to be low. He said: “It was quite a shock to see such high worm egg counts. Lambs are performing relatively well, considering the lack of grazing, and we’ve had no signs of scouring. However, with such a high burden, we expect there has been some production loss.”

Mr Baber assumes he hasn’t seen symptoms in his lambs due to their breeding. He has been performance recording and selecting his replacement stock for 30 years.

“We think our sheep have developed a level of worm resilience, so they can now perform with such a high burden,” he said.

Lambs on the farm have since been drenched and he will continue monitoring stock, expecting that worm egg counts may rise again, with increased challenges, when wet weather arrives.

“Treating lambs now will hopefully reduce the worm egg output in the next few weeks and maximise performance on the limited grazing currently available.

“I advise farmers to regularly test as you can’t tell if they have worms just by looking at them,” he said.

Ideally growth rates should be measured as well as faecal egg counts. There is an added complication as some species of worm are more pathogenic than others, so they can have different impacts on lamb performance.

Zoetis Vet Ally Ward says high worm egg counts are being seen in a lot of places, according to data from the Zoetis Parasite Watch Scheme.

“It is a varied picture. The expectation would be on those farms experiencing drought to have low egg counts, but that is not what we are seeing.

“This reinforces the need to regularly test stock every couple of weeks to help build a picture of what is happening on your farm,” she said.

Due to the warm weather, the Sustainable Control of Parasites in Sheep (SCOPS) group is warning that farmers should be aware of Haemonchus contortus (Barber’s Pole worm) as this species survives well in hot conditions. This worm feeds on blood so clinical signs include anaemia and bottle jaw. This can affect both ewes and lambs. Farmers should seek advice from their animal health adviser if they are concerned.

The Zoetis Parasite Watch Scheme comprises 26 farms across the country, which are regularly taking FEC tests and testing for fluke. Farmers can sign-up for free to receive alerts or visit the website atwww.parasitewatch.co.uk for the latest information on worms in their area.