Efficient use of straw necessary this winter - South East Farmer 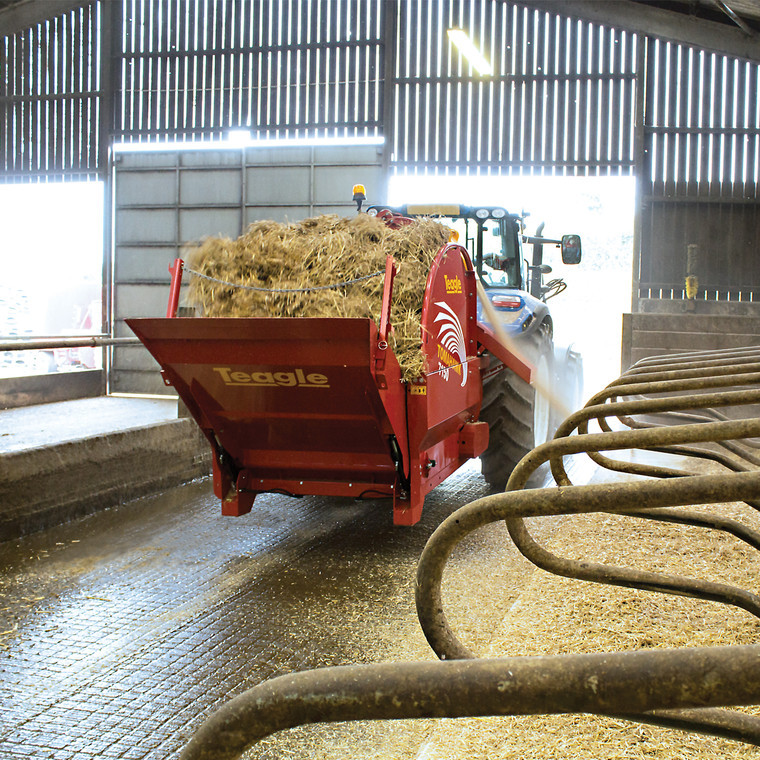 Paul Mardell, technical manager at Carr’s Billington encourages farmers to consider how they can make straw go further. “This year is all about preserving stocks. One way this can be achieved is using mechanised straw spreaders for bedding down, as opposed to manual spreading, which can help reduce straw usage by up to 50%.

“Using these machines means you don’t have to commit to using a whole bale to keep cattle clean and content and those, such as the Teagle Tomahawk, which chop and blow bales, produce a fluffier bedding layer that is more absorbent and stays in good shape for longer.

“Altogether, the result is that less straw is consumed through the housing period,” explains Mr Mardell.

“However, it’s worth thinking about the condition of your straw spreader when eking out tight supplies. The contrast between a well-used machine and one in tip-top condition can be an extra 15ft in the distance that the straw is blown and a third off the time taken to get the job done,” he adds.

“Machines with a dual chop facility that produce a finer cut have a role in making efficient use of straw in cattle diets too.

“Pre-chopped straw loaded into a diet mixer incorporates into the ration more easily and consistently than dropping in a whole bale. The short straw length is also increasingly recognised as the way to go in using the feed material to stimulate rumen function and improving nutritional value,” says Mr Mardell.

He notes that less costly investments that will make your bales go further include ensuring housing is watertight and well ventilated to sustain dry bedding conditions, while a diet that firms up loose muck will also reduce straw consumption.

“Avoiding overstocking by optimising growth rates to reduce time animals are on the farm, culling cows with health or poor production issues and minimising movement between different groups to minimise aggressive or disruptive behaviour that churns up the bedding are other techniques that could be considered.

“Dressing the clean straw layer little and often is generally the best approach and modern machinery helps to do that,” concludes Mr Mardell.