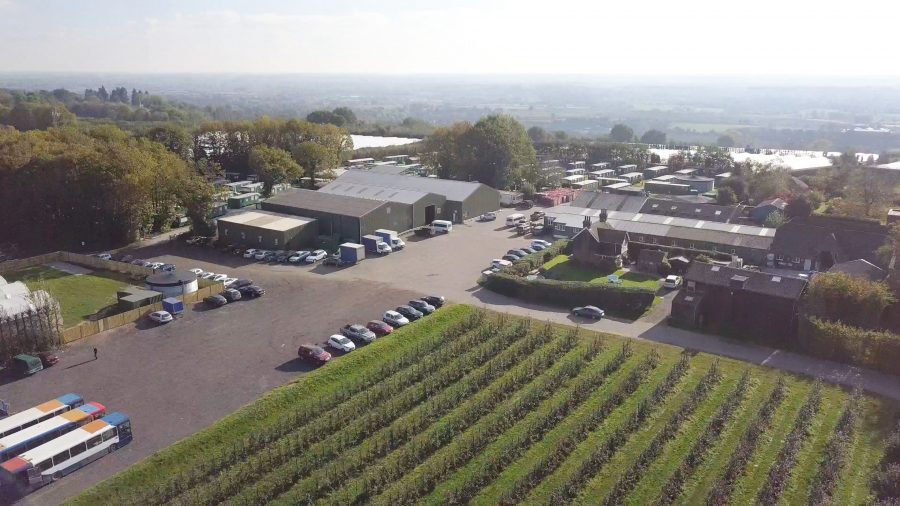 A Kent based soft fruit grower has invested £10m in a renewable energy heated growing system which sources heat from the River Medway. The project run by Clock House Farm at its Yalding location, is believed to be the biggest known river source heat pump programme in the UK and represents the most significant investment in green energy for soft fruit in the UK – and one of the largest in Europe.

Clock House, which is headquartered in Coxheath, Maidstone – with additional farms at Tonbridge, Hunton and Kenardington, Teston and Linton – has a strong commitment to environmentally responsible farming practices, with the latest pioneering renewable energy initiative set to significantly reduce the farm’s carbon emission footprint and minimise energy waste. In addition to the environmental benefits, the renewable heated growing system is also destined to support British farming, by extending the growing season for raspberry and blackberry production and therefore reducing the reliance on higher carbon emission imported soft fruit.

After three years of planning, the scheme will deliver energy to a 6.5ha production site for raspberry (150 tonnes) and blackberry (300 tonnes). The second half of the site is scheduled for completion by 2024, enabling  a further 200 tonnes of strawberries to be grown out of season.

All the fruit is grown in high tech poly greenhouses (instead of traditional standard tunnels) provided with a consistent supply of heat from the Medway. The innovative heating process involves extraction of river water (heated by the sun) which is passed through a heat exchanger and is then discharged straight back into the river having removed a couple of degrees of heat from the water. A second loop then transfers this heat to the plant room’s six heat pumps to achieve a temperature of 45 degrees, after which it is then circulated out to the greenhouses.

The heat pumps total output is 10.6 megawatts – equivalent to the same amount of energy produced by 106 automobile engines. To put this into context, one megawatt hour (the use of one megawatt or 1000 kilowatts, for a whole hour) would power around 2,000 homes (source ofgem.gov.uk).

The sustainably sympathetic agricultural activity is further supported by a ‘land sparing system’, with Clock House Farm allocating a separate 8-hectare river meadow below the greenhouses to create a large area of improved biodiversity.

The renewable river source energy production follows a number of Clock House Farm initiatives designed to protect the planet, including the use of robotics to deliver UV-C light treatment to prevent mildew, encouraging biodiversity by reducing the mowing of headlands and inter-row areas in the orchards, planting 1.5km of mixed native hedging in addition to new trees and using natural enemies to control pests.

Oli Pascall, managing director of Clock House Farm said: “We take our responsibility as stewards of the natural landscape very seriously so sustainability and identifying innovative environmentally responsible initiatives is always a priority. As growers extending the season is imperative to our – and other British growers’ – success by enabling an extended selling window. Ultimately this means less reliance on imported soft fruit and more access to the fantastic soft fruit grown here, especially in the Garden of England –  and of course of equal importance is the fact that this also helps to reduce the carbon footprint.  We will continue to seek out clean energy solutions and remain respectful of the fact that traditional energy supplies no longer represent an infinite resource, especially given the current conflict between Russia and the Ukraine and the resulting impact of sanctions that have now been imposed.”