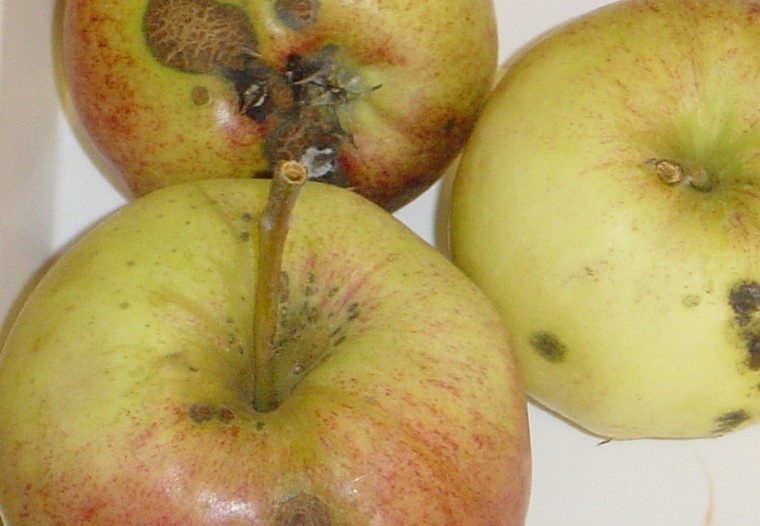 BASF have announced the approval of a unique fungicide called Soriale. Formulated as a soluble concentrate containing 755g/litre of the active potassium phosphonate (KHP), it has been registered for the control of scab in apples and pears and will be a mixer product, says Matthew Goodson, Market Manager, specialities for BASF.

Soriale works in two different ways. Firstly it acts directly on the pathogen in the early growth stages and secondly it acts indirectly by inducing the plants own natural defence mechanisms. Matthew goes on to explain that plants have natural mechanisms to protect themselves against pathogen attack by building a physical barrier against the invading pathogens or by a biochemical reaction to produce substances that limit pathogen growth or prevent infection. The plant defence mechanism can be categorised as local or systemic. A systemic response is called SAR or Systemic Acquired Resistance.

SAR is defined as a resistance response throughout the entire plant resulting from localised exposure to a plant pathogen. It is similar to a flu jab found in the human immune system when a virus is introduced into the body and the body develops natural defences against it. The natural non-stimulated defence against scab is often too slow and the race between fungus and plant usually won by the aggressive scab. With Soriale this is reversed and the plant reaction is stronger and faster. Phosphonic acid is recognised by plant cells, it is highly mobile inside the plant (unlike most fungicides) and it will trigger a series of signals that mobilise the plant cell to activate its defence mechanism. In effect it ‘tricks’ the plant into thinking it is under attack by plant pathogens, except there are none present. So when a real pathogen attacks the plant, it is already prepared to defend itself. The attacked cell sends out alarm signals to the rest of the plant to ensure a fast overall defence reaction. These cells release natural plant fungicides and are able to build defence barriers in order to inhibit the pathogens development. “The result is that the disease is limited or killed by the plants response,” he outlines.

Matthew explains that potassium phosphonate fungicides have been registered in the EU since 2013. “They are effective against scab, downy mildew, Phytophthora and other diseases. Soriale is rapidly taken up by the plant and distributed systemically. It is a very safe and natural compound. In low disease pressure KHP or potassium phosphonates alone can kill scab, but at high pressure KHP needs a partner fungicide against scab such as Captan.

Up to six applications of Soriale can be made per season. It has a dose rate of 1.85 l/ha and a harvest interval of 35 days. The latest time of application is up to and including BBCH 81.