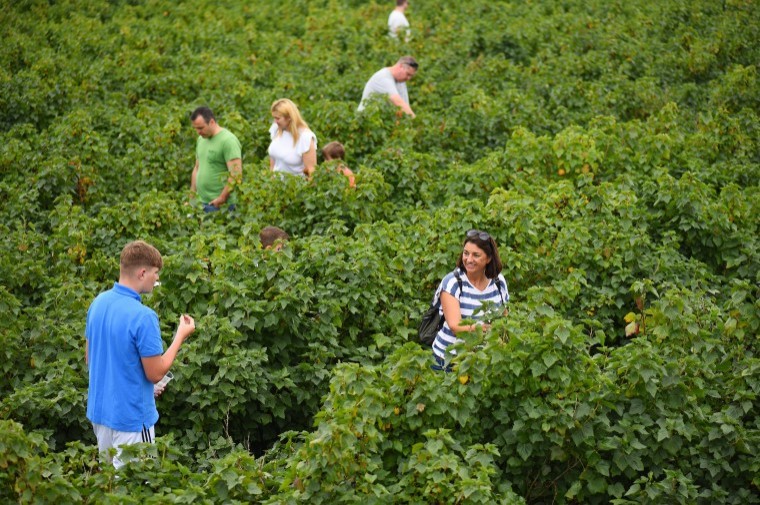 Gushmere Court Farm in Faversham celebrated its biggest ever Ribena Big Berry Bash this weekend as more than 300 locals turned out to pick their own blackcurrants and join in the harvest festivities.

Activities on offer included pick-your-own, harvesting displays, a BBQ and garden games, all in the name of the blackcurrant harvest which kicks off in July when the berries are juicy enough to pick.

Fifth generation blackcurrant grower, Josh Berry said: “The sunshine brought people out in full force this weekend and we couldn’t believe the amount of interest in our blackcurrants. Few people enjoying a Ribena realise that its hero ingredient is actually grown right on their doorstep, not least the amount of work that goes on behind the scenes to ensure we’re growing blackcurrants in the most sustainable way possible.”

Once picked, the blackcurrants are sent to Somerset to be pressed before heading to the Lucozade Ribena Suntory factory in Gloucestershire to be made into Ribena. It’s in the factory’s giant cold store where around 20,000 litres of blackcurrant concentrate are stored before it’s refilled with next year’s fruit crop.