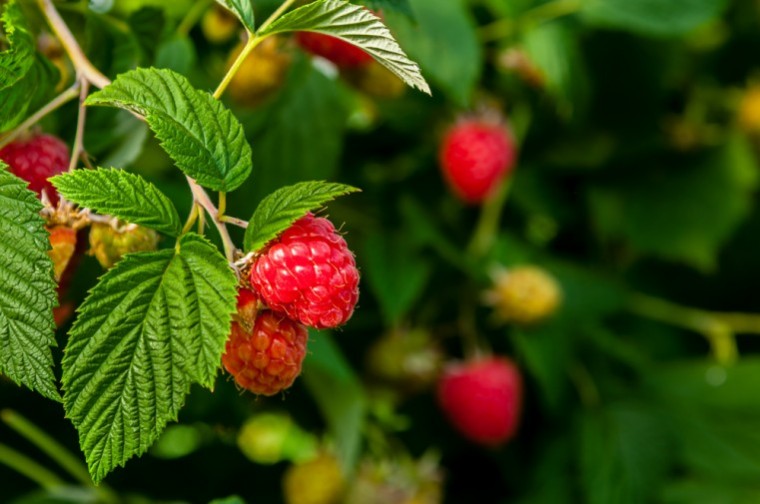 Growers estimate that this season is starting three weeks earlier than usual and they put that down to the good spring weather. Mid-June sees the raspberry season already in full swing with high quality British raspberries widely available. Strong raspberry plants, prompted by the spring sunshine, are ensuring good flavour and bigger, bolder raspberries.

Not only will the fruit be of high quality, growers expect the British season to last right through to early November. This is as a result of careful planting to ensure a continuous supply of the berry over the upcoming summer months. The leading raspberry varieties grown in the UK have the ability to flower and fruit over a long period of up to five months, whilst traditional types typically produced fruit for just a four to six week period.

This year shoppers will see a whole range of varieties to enjoy including Berry Gem, Berry Jewell, Driscolls® Maravilla™, Vajolet and Lagorai.

Since May last year, almost £320m worth of raspberries were sold in the UK with shoppers spending 16% more on the classically British berry than in the previous year. In the last four weeks alone, the volume of raspberries available in stores has grown by 20%.

Berries, including raspberries, have the biggest market share of all fruit grown in the UK, making up an impressive 22.9%, and this has pushed the value of the berry industry over £1.4 billion. Fresh berries are now the most popular fruit item in shoppers’ baskets and their great health credentials are one big reason for their popularity.

Nutritionist Emma Derbyshire said: “Raspberries are a powerful source of nutrients including vitamin C, manganese, dietary fibre and polyphenols which are thought to have potent antioxidant properties.
“There is a growing body of evidence that raspberries could have a valuable role to play in helping to maintain wellbeing, as part of a heart healthy diet. Their mechanisms are in need of further study but it is thought that their consumption may help to regulate and maintain healthy metabolic activities in our body’s cells”.

Nick Marston, chairman of British Summer Fruits, the industry body that represents 95% of berries supplied to UK supermarkets said: “We are always striving to deliver the highest quality fruit to our customers. Ongoing innovations in the industry allow us to prioritise sweetness and flavour which has helped berries become the most popular fruit in shopper’s baskets.”