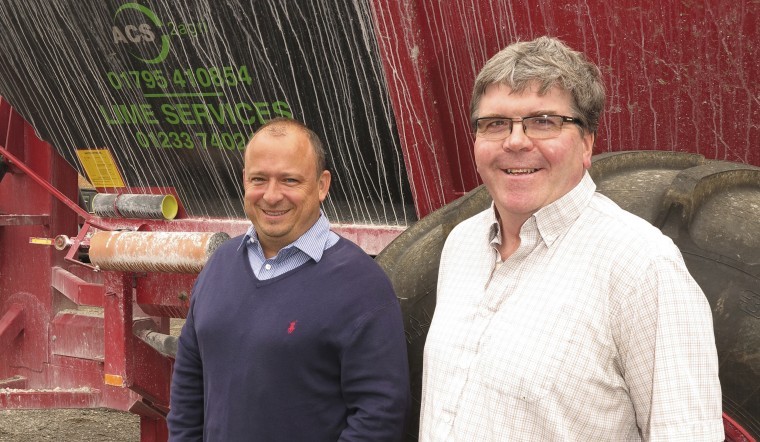 It may not be a pleasant job, but getting rid of the end product that emerges from sewage works up and down the land is certainly a vital one.

These days, of course, the nation does not simply get rid of it, but instead puts it to productive use – and the man who finds a home for every last tonne of treated sewage sludge (biosolids) produced in the Southern Water area is Charlie Austin, of Austin Contract Services (ACS).

It’s not an easy task, not least because production cannot be increased or slowed down to suit demand, but it’s something Charlie and his team are clearly good at, having just been given a five-year contract extension by Southern Water.

ACS won the Southern Water contract by bidding in partnership with primary contractor MTS Cleansing Services. “Southern Water is really pleased with the job we are doing and our partners at MTS are also delighted with the service they are receiving from us as a sub-contractor,” commented Mr Austin.

“We are three years into the original contract and have just won an extension that will give us a total of seven years,” said Charlie, who has seen his specialist recycling business, based at Bobbing, just outside Sittingbourne, continue to increase its turnover year on year.

The biosolids are a vital source of nutrients for farmers, who pay a subsidised price that reflects the fact that ACS is paid by the client to find a home for the sludge.

Although the biosolids sludge is treated, it has to be handled with care and there are considerable compliance and soil-testing regimes that need to be complied with before it can be spread and incorporated into the soil.

That need for quality compliance and testing capacity is one of the reasons ACS has now taken over Kent-based Farm Image, which Charlie described as “dovetailing incredibly smoothly into the rest of the ACS operation and complementing everything we do.”

ACS Farm Image will primarily work with the parent company to analyse soil ahead of the liming operation that ACS delivers in partnership with R&T Liming, but supporting the biosolids spreading by analysing soil content ahead of the process will be equally vital.

“We pride ourselves on delivering the whole package so that farmers end up with better quality soil at low cost and with very little hassle,” said Charlie.

“We can test the soil to help farmers decide what additional organic material they need and we can then organise the Environment Agency permits and ensure that any treatment complies with the relevant legislation. We collect the sewage sludge, haul it, stockpile it and then spread it.

“We are careful to make as little impact as possible on the landowner as we know that farmers take great care of their land. We stockpile it carefully and make sure we leave the site clean and tidy once the sludge has been incorporated – and we have a complete focus on health and safety and compliance issues.”

The success of the Southern Water contract to date – and the recent extension – has allowed ACS to reinvest in new equipment, which means the spreading is done using a fleet of auto-steer precision Bunning spreaders.
Over the next 12 months ACS is set to collect, stockpile and spread no less than 260,000 tonnes of treated biosolids from treatment plants in Kent, Surrey Sussex and Hampshire, a big increase on the 210,000 tonnes dealt with just a couple of years ago when the contract was first awarded.

“There is increasing demand for this low-cost, high nutrient soil conditioner but we are continuing to look for new outlets, not least because we want to reduce the distances we have to haul the material in order to reduce the impact on the environment,” said Charlie.

Area manager Alistair Sowter pointed out that sewage cake delivered 250 kilos of organic nitrogen per hectare at a cost of around 30p per kilo – less than half the cost of buying artificial nitrogen. He added that the potassium content of biosolids meant that the product was particularly good for maize.

“Overall it contains a considerable amount of nitrogen and phosphates and lots of trace elements, along with organic matter to help with soil structure. It’s a low cost way of improving the soil,” he added.

The product tends to market itself, as Charlie pointed out: “The results our customers are achieving from the use of biosolids means we are continually getting new enquiries from their neighbours.”

ACS currently employs 50 people and has invested in new vehicles to keep the operation running efficiently. Collections are made from some sites every day, while others are five-day week operations and a few are less frequent. The business has three people out on the roads doing nothing other than finding new outlets for biosolids, while a full-time compliance officer demonstrates the company’s commitment to getting the detail right.

“We have earned a reputation for doing what we say we will do, providing a good value service and paying attention to detail,” said Charlie. “We make sure we get the timing right for our farmers and we are very considerate in how we stockpile and spread the product.”