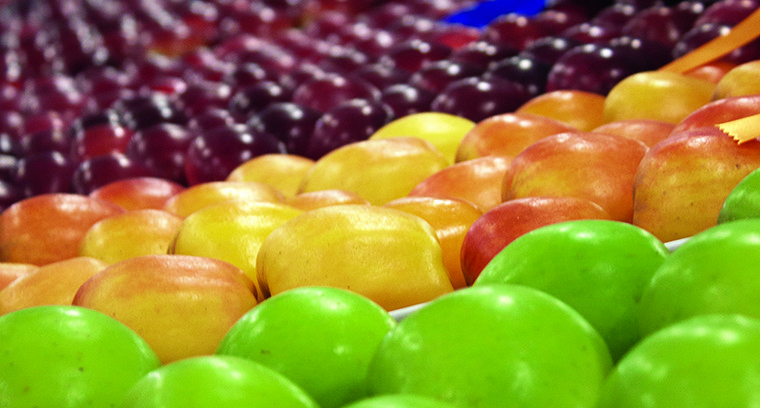 The 2019 National Fruit Show had over 120 entries in 30 different classes of apples, pears, stone fruit and nuts from growers all over the UK, including the tastiest apple, heaviest apple and pear, best soft fruit, best stand at the show, best apple juices and ciders.

“I am proud to say that this year’s fruit display showcases the most diverse range of varieties we have seen in my time as chair,” said Sarah Calcutt, chairwoman of the National Fruit Show. “There are also more competitors than in the last decade with 30 different growers entering fruit. A number of these are newcomers, such as Park Farm and B Piper Partnership, who have both entered the novice classes and picked up some very good awards.”

With this year’s challenging growing conditions, show organisers and judges were anticipating seeing increased issues with skin finish and other weather-related damage. However, the standard of fruit was “as high as ever before”. Scoring an incredible 99.25 points for its Russet entry, J L Baxter and Son took the best all round exhibit and was named overall show champion. It is thought that the Baxter family were last named show champions around 15 years ago.

“Considering the year we have had, J L Baxter’s Russets are extraordinary and absolutely perfect,” said Sarah. “As in the last five years, Bardsley England won all the Bramley classes, last year’s champion RD Applegrowers won best Rubens, and Agrii and Mallions picked up best Cox’s Orange Pippins. Katie Langridge, who packs for Mallions, also won the young person’s award and is showing excellent standards in the fruit she is presenting in the competition.”

The Jazz class was won by F W Mansfield and Son, Gala by Miller and Bradley, Cameo by Clive and Richard Edmed, and Braeburn by DJ and VL Knight. The pear classes were dominated by J L Baxter and Son who won best Comice and Concorde, while F W Mansfield took best Conference.

After working more closely with the Cobnut Association the National Fruit Show saw an increased number of entries with John Cannon “sweeping the board” in any variety, Meg Game coming top in Kentish cobnuts and James Witchell winning best walnuts.