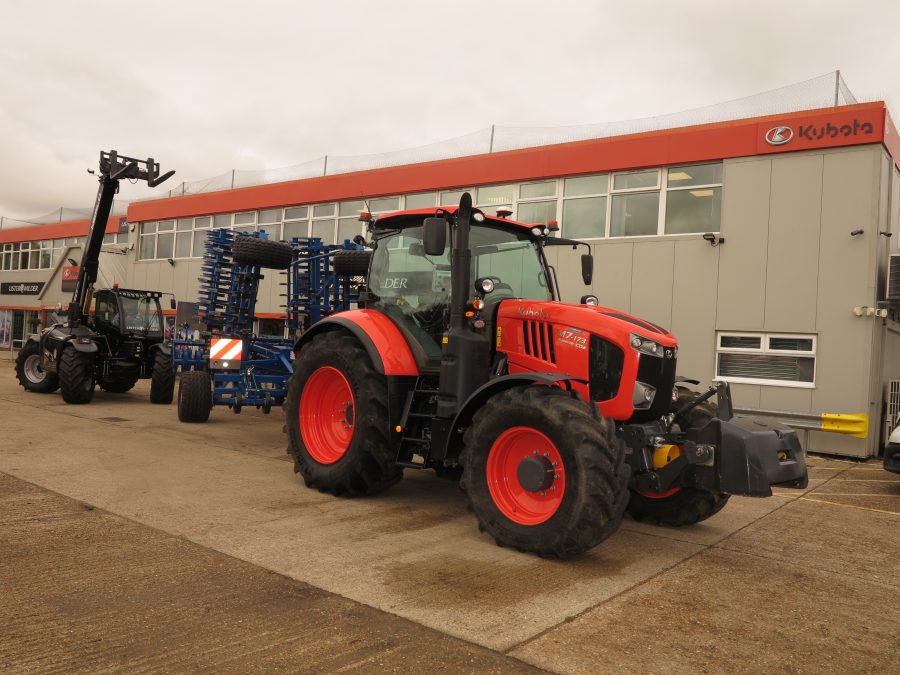 There were more than a few raised eyebrows when Lister Wilder made what many saw as a brave choice to embrace Kubota’s agricultural offering and move away from the big name AGCO brands.

Today, though, the decision to uncouple from the Massey Ferguson/Fendt/Valtra giant and become a full line Kubota dealer is looking increasingly well thought-out. Not only has the company – still a family business at heart – increased its workforce from 125 people to 180 over the past 18 months, but it has bought new premises and opened two new branches to support a rapid expansion.

“When we moved just up the road from the old Drake & Fletcher premises the company had been trading from since opening in Kent in 2009, the idea was that we would sell that building,” explained Ashford branch manager Tim Cottrell.

“Just a year or so after unveiling the new, larger, premises, though, we found we were already in need of more space – so not only did we keep the old premises, but we bought a 12,600 sq ft building nearby and have turned it into a modern, purpose-built workshop to serve our farmer customers.”

With the two sites just a few hundred metres apart, Lister Wilder can offer a second-to-none service to farmers across the county, providing sales, service, parts and aftercare in airy, modern surroundings. While the new workshop offers modern service bays, Lister Wilder also has 65 mobile engineers out on the road looking after agricultural customers that need machinery repaired on farm.

The rapid expansion reflects Lister Wilder’s experience and customer focus as well as the increasingly well-respected Kubota range of agricultural machinery, which is based on an extensive range of small to medium-sized tractors that are ideally suited to the scale and activities of many Kent farms.

“It’s been a very busy summer,” commented Jay Broster, agricultural sales manager for north and west Kent. “Our demonstration tractors have been flat out on farms across the county, with the Kubota M6 and M7 ranges attracting a considerable amount of interest.”

While Lister Wilder has only had a presence in Kent for the past 14 years, the business is well known and highly respected across the west of the country, having evolved from Tractors & Farm Aids, founded by George Scott as a Massey Ferguson dealership in Reading, Berkshire, 75 years ago.

The business has grown steadily since, and the full-line Kubota range now on offer from the Ashford dealership has given Lister Wilder coverage right across the region, with branches in Cirencester and Bristol as well as Ashford and Reading.

With a number of different models available in each of four ranges – from M4 to M7 – Kubota’s choice of tractors runs from 65hp to 175hp, with the high-end model featuring a choice of continuously variable (KVT) or powershift transmission, a 12-inch screen, GPS, front axle and cab suspension, air brakes and all the ‘bells and whistles’ normally found on a top-notch tractor.

Kubota also has considerable heritage in electronics and control systems, particularly Isobus, since the company owns Kverneland, which invented the technology and is able to ensure its own tractors remain at the cutting edge of it.

The manufacturer’s links with the leading agricultural implements company means that the Kubota range of grassland equipment reflects the quality build expected from Kverneland, while the M7 tractors benefit from a ZF transmission that is an ideal match for its highly regarded in-house powerplants.

Fruit growers across the region are well catered for with a range of tractors, from the M5 narrow to Kubota’s B Series, which has an entry level 18hp model and is specifically designed for orchard use and soft fruit tables.

As a full-line dealer, Lister Wilder now supplies Kubota engines as well as the full range of agricultural, groundscare and construction machinery, all in that striking orange colour scheme that is becoming increasingly recognised across the region as the manufacturer continues an aggressive campaign of growth.

“Kubota has a reputation for reliability and build quality and is working hard to build on the existing agricultural range. We are delighted to be sharing in that growth and are adding customer service and great aftercare to the mix,” commented head of agricultural sales Toby Bennett.

“Kubota tractors benefit from the latest and best technology, from the globally renowned Kubota power plant to their own or ZF’s tried and tested transmissions, all controlled using in-cab technology at the forefront of agricultural development. Reliability is Kubota’s ultimate goal.

“We made what some called a bold decision 18 months ago – but as the future unwinds we are showing that it was absolutely the right decision. Kubota is the agricultural machinery range of the future – and Lister Wilder will be part of that future.”