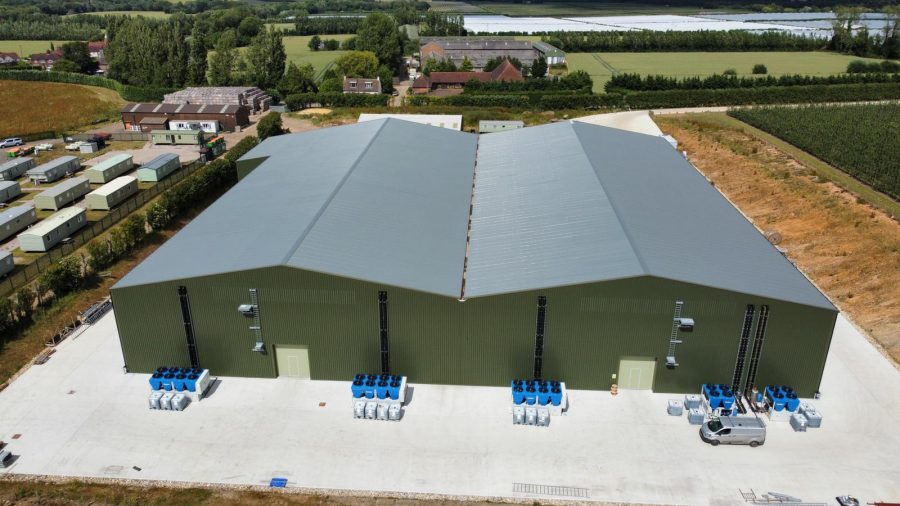 It has never been more important for businesses large and small to be energy efficient, both to highlight their environmental credentials and, increasingly, to offset the huge rise in energy costs currently affecting all consumers.

It’s an area that’s always been important to the team at Orchard Cooling Ltd, the Langley, Maidstone-based refrigeration company with a sustained focus on delivering the most efficient equipment possible.

In a move that now seems to have put the experienced team well ahead of the game they developed and trialled an innovative approach to defrosting cold store coolers some four years ago.

The warm fluid defrosting system, now fully up and running and tweaked even further ‘in the field’ over the past few years, uses air source heat pump technology which cuts the cost of defrosting coolers by as much as 80%.

“When the system was first introduced, we calculated that switching to air source heat pump defrosting could save close to £8,000 per year based on an eight-store set up. Given the huge rise in energy prices since then, that figure will have changed dramatically,” explained Orchard Cooling’s Paul Kennett.

“Suppliers like fruit growers and wineries have always had ambitions to be energy-efficient because it’s what the supermarkets expect, but these days saving money by using less energy is critical in a far more fundamental way.”

Not surprisingly, Orchard Cooling’s expertise in refrigeration and associated electrical work has seen the company continue to grow over the past year, working on major contracts with two of the South East’s largest suppliers of supermarket fruit.

Both AC Goatham & Son and Mansfields have asked Orchard Cooling to carry out extensive projects over the past year, reflecting the confidence that the industry has in the company’s experience, knowledge base and attention to detail.

At the Flanders Farm headquarters of AC Goatham & Son the team provided a secondary refrigeration system for a new distribution depot that included a racked chill store, chill distribution and warehouse. A second project for the same company saw Orchard Cooling commission 31 controlled atmosphere stores at Swanton Farm, near Sittingbourne.

Orchard Cooling’s steadily growing client base, which is based to a large extent on repeat business and word-of-mouth recommendations, is particularly impressive for a company that was only set up in March 2017, although in bringing together former International Controlled Atmosphere (ICA) employees Sean Macoy, Rob Burbridge and Dave Reynolds it came from pedigree stock.

At Mansfields, based at Nickle Farm, Chartham, near Canterbury, Orchard Cooling was asked to retrofit a new, energy efficient upgraded refrigeration system in a distribution store that had been commissioned in 2008.

“The work had to be carefully phased because the store had to be kept running throughout the changeover to the new system,” Paul commented.

While supporting the larger players in the top fruit world, Orchard Cooling is also making its mark among smaller businesses in the rapidly expanding world of viticulture.

The company was asked to install refrigeration equipment for Everflyht Wines based at Ditchling in East Sussex, an independent vineyard run by Ben and Sam Ellis and their three daughters George, Ollie and Eva.

Over in Hampshire they provided the refrigeration for a large caged wine store and barrel store cooling for the Burgess Field winery at Itchen Stoke, near Alresford. With reputation, as always, playing a large part in obtaining repeat business, Paul revealed that had been the fourth installation carried out for the same main contractor.

While the more recent contracts have been with newer entrants in the world of viticulture, Orchard Cooling has in the past installed chilled storage for well-known names including Hattingley Valley Wines and Itasca Winery.

“We pride ourselves on offering a bespoke, customer-focused solution to all our clients, whether they are well-established names or newer faces,” explained service director Sean Macoy. “We offer a full range of refrigeration and electrical services and we are always looking for ways to make systems more efficient to keep our clients’ costs down.”