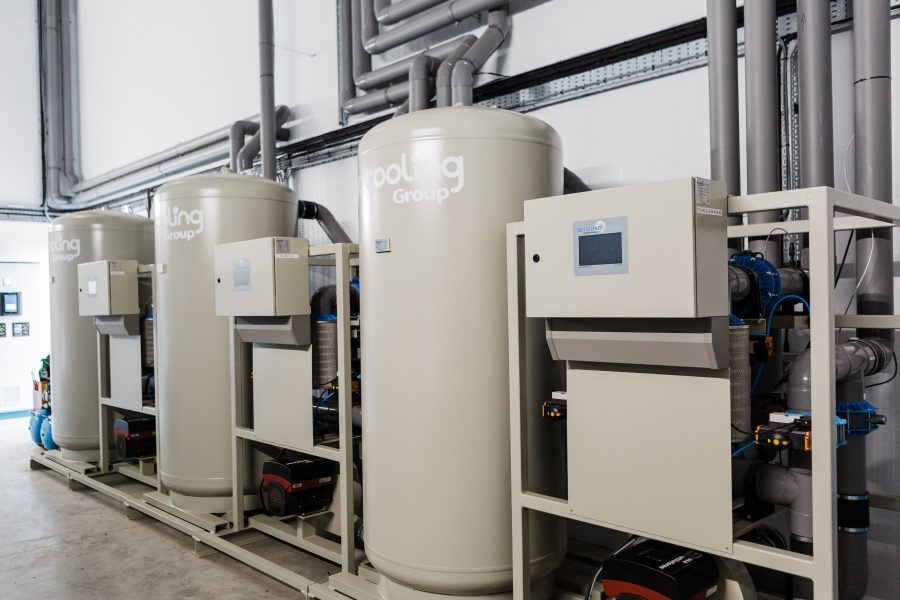 James Tumber, director of the Specialist Services division, said: “Our partners are all world leaders in the industry and will allow JD Cooling Group to bring to market a system that will redefine CA storage in the UK. We worked together on Softripe and realised that the same system would also benefit the fruit, vegetable and floriculture industries.

“Introduced in 2019, Softripe depends on accurately monitoring the respiration of the fruit in the chamber so that we can adjust the oxygen, carbon dioxide and ethylene levels as well as the temperature to a fine degree. The results have been so impressive that we decided to use the same technology for CA stores, setting a new UK standard that will reflect the higher standards already being achieved in Europe, Brazil and Australasia.”

James continued: “Salco and Ribbstyle have both supplied products to the UK market in the past, but this is the first time this kind of collaboration has brought three such impressive players together so coherently. Working with Salco ensured each of the chambers was gas tight, while Ribbstyle manufactured and supplied a unique coating that provides high standards of integrity and extended warranty for peace of mind.”

All widely recognised specialist partners (pictured opposite at the National Fruit Show where the exciting partnership was agreed), they were not only involved in developing the revolutionary Softripe system, but also formed the European standards to be adopted by the UK market.

Interest in the new system, unveiled at the National Fruit Show 2022, where representatives from Salco and Besseling joined the JD Cooling Group team, was said to be very high. The interest at the show followed the success of previous projects within Europe during the past two years, where the applied technologies and combined services provided amazing results, which in turn has accelerated developments within the UK.

The Softripe system has been well received by the industry and was named Environmental Collaboration of the Year in the Refrigeration and Air Conditioning (RAC)’s Cooling Industry Awards earlier this year.

Formed in 2000 by John Dye, now group chairman, the JD Cooling Group has a head office in King’s Lynn, with four other regional offices across the UK. Named one of the top 1,000 inspirational businesses in the UK by the London Stock Exchange, the Group now employs in excess of 130 people and boasts a £35m turnover.

The UK’s leading independent supplier of cooling, heating, ventilation, air conditioning, facilities support and service and maintenance across a number of sectors, JD Cooling prides itself on the fact that 90% of its business is either from repeat customers or word of mouth referrals. The company provides cooling and refrigeration services as well as the Specialist Services. Other divisions include JD Industrial, JDI Controls and JD Power, and as a whole the group has grown steadily over the past 22 years. Currently working towards net zero and reducing its carbon footprint, Team JD is on hand to discuss customers’ requirements and demonstrate how they can take businesses forward towards an efficient and sustainable future.