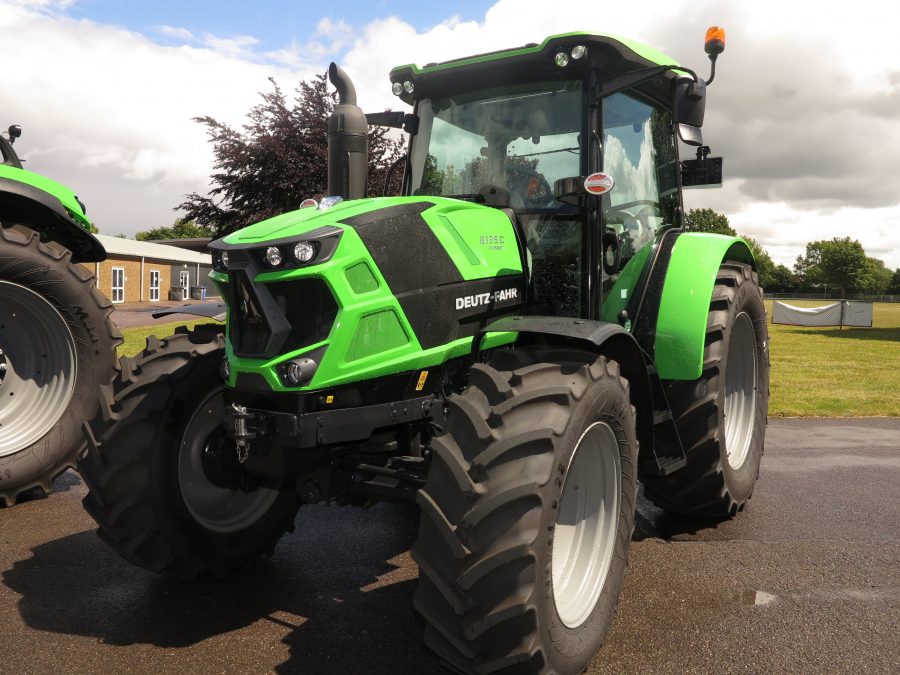 Same Deutz Fahr’s impressive new RVShift transmission was unveiled to the UK when Romney Marsh, Kent-based Bell Agricultural hosted the first of a series of events aimed at highlighting the new technology to farmers.

SDF product specialist David Jefferson confirmed that the event at the Kent Showground was the first time the all-new transmission housed within the Deutz-Fahr 6135 had been road tested by anyone outside the company.

He praised the support provided by Bell Agricultural’s Robin Back, who hired the venue, provided a barbecue, invited his farming customers and brought along more machinery to complement the four demonstration tractors provided by SDF.

“Robin has always been very supportive of joint marketing efforts like this one, and he embraced the opportunity to be the first main dealer in the country to be able to show his customers the new technology. With his support it has been a successful and well attended event,” said David.

Those farmers who took advantage of the opportunity (along with the normally deskbound South East Farmer editor) had the opportunity to try out for themselves the remarkably flexible yet simple to operate RVShift-equipped 6135, in the editor’s case under David’s watchful and remarkably patient eye.

The new transmission offers a highly efficient full powershift experience with 20 forward and 16 reverse gears, all controlled by a simple and intuitive control interface that rarely involves pressing more than one button. The flexibility is impressive and allows smooth gear changing under load without any loss of momentum.

“The new RVShift technology offers the benefits of a continuous variable transmission gearbox but at a much more accessible price point,” said David. “It combines flexibility with simplicity and puts the driver in complete control of how the tractor behaves. Many of the parameters can be quickly and easily changed by the operator to suit the task in hand.”

He cited potato harvesting as one task where increasing the speed of the engine by a very small amount could make a big difference to productivity over a full day. “It is much easier to fine-tune the engine speed with the RVShift than it would be with a three-step semi-powershift transmission,” he said. “You don’t have to settle for ‘close enough’ any more.”

A single button next to the RVShift controller on the armrest switches the 6135 from field work to fast transport mode, taking the tractor to maximum ‘take me home’ speed without the need to work through a dozen or more gears.

With a steady stream of interested visitors attending the event, which also featured Deutz Fahr’s 6125 PS with a loader, a 6185 RCShift six-step model and the impressive 7250 TTV in full Warrior spec, Robin Back and Bell Agricultural’s sales manager Simon Austin were delighted with the response.

The demo day, which pre-dated even the formal press launch by 24 hours, was an opportunity to show that Bell Agricultural was once again leading the way, Robin commented.