Farm founded on the need for a bath - South East Farmer 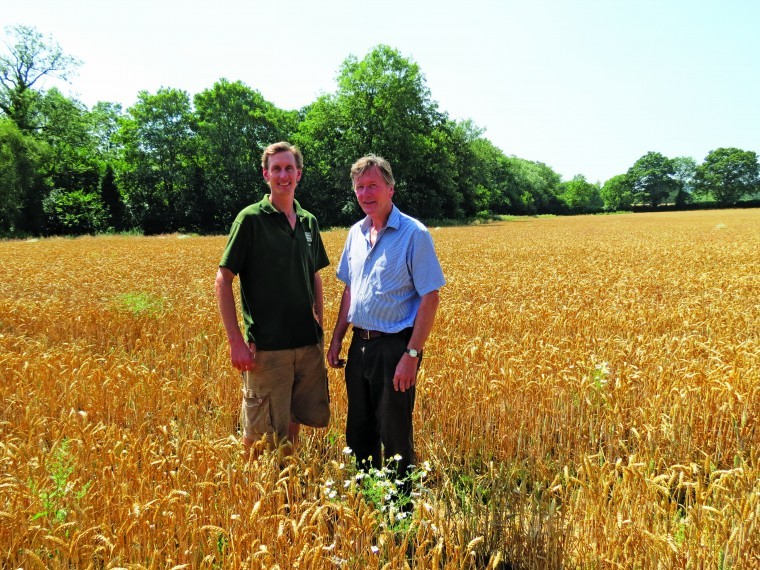 Adrian Elliott’s Grandfather, Daniel Elliott, bought Whipley Manor Farm in 1920. Previously the family had been renting a farm two miles down the road since the Napoleonic wars.

It was the lack of mains water for a daily bath which caused the Elliott family to move to Whipley Manor Farm near Guildford in Surrey.

The trouble was that Adrian Elliott’s grandmother, Ethel Irene Elliott, would not move into the farmhouse on the rented farm. This was because the landlord had not put in mains water, even though there was a big main running across the farm to the nearby village. “She wanted a bath every day,” said Adrian Elliott, who today runs the 300 acre home farm with his son Will.

“This somewhat astounded the then landlord, and my grandfather had to buy Whipley Manor Farm, which had came up for sale. He dug a water main in from the local pub for about a mile across the fields to get water to the house so his wife could have her daily bath.”

Today, of course, people in England cannot imagine life without luxuries such as mains water, but then, apart from the lack of mains water, there was no electricity either. “My grandfather installed a generator in the main house. There is still no gas going past us now. We are in a bit of a no man’s land of three miles between the villages of Bramley and Cranleigh.”

In Daniel Elliott’s day, there were cattle on the farm. “It was down to grass and corn was grown to feed the cattle.” Adrian’s father Major David Elliott – married to Margaret Elliott – took over in the fifties just after the war, and went into breeding pedigree Large White pigs. “With only 35 sows, he became a nucleus breeder in the top 20 herds.” They were exported around the world. Adrian had a job in 1969 on a ship going to Japan looking after 50 pedigree pigs, two of which had come from Whipley Manor Farm.

“That got me to Australia for nothing,” Adrian remembered. “I went picking apricots, peaches and pears to earn money to travel around Australia, New Zealand and for the passage home.”

He was not particularly interested in pig breeding, and when he returned home, the operation was changed to a commercial pig unit with 100 sows producing pork. “But they were such huge animals that they were knocking the buildings down. It got to the point where we either sunk all the money into rejuvenating the pig business to the detriment of the sheep and cereal enterprises or getting rid of them.” In the late seventies, the pigs went and the farm was left with its flock of 300 sheep and 200 acres of cereals.

While the pig side was closing down, a neighbour with an animal feed business called in and said Whipley Manor Farm would be an ideal outlet. “He was concerned about his health and wanted to sell the feed business to us.” After the dispersal sale for the pigs, the Major obtained planning permission for a change of use of the buildings and the animal feed business began. Six months after the business started, a feed salesman dropped in and asked him what it was like without the pigs. The reply was that selling the pigs was a tough decision for him but that it was OK because the average person who came to buy a bag of horse feed was much more attractive than the men turning up to sell him pig feed!

In the end, the sheep went the same way as the pigs. About 15 acres of potatoes were also grown, but their demise is blamed on the Channel Tunnel which brought an influx of potatoes from the continent and changed the market. The last crops of potatoes were grown in 2000.

Today, the animal feed business is aided by the farm foreman, Andrew Tilley and five other staff and has been running for almost 30 years. “My father started it from this little office and by mixing food and selling it off a nearby building with a dryer and grain handling system in it.”