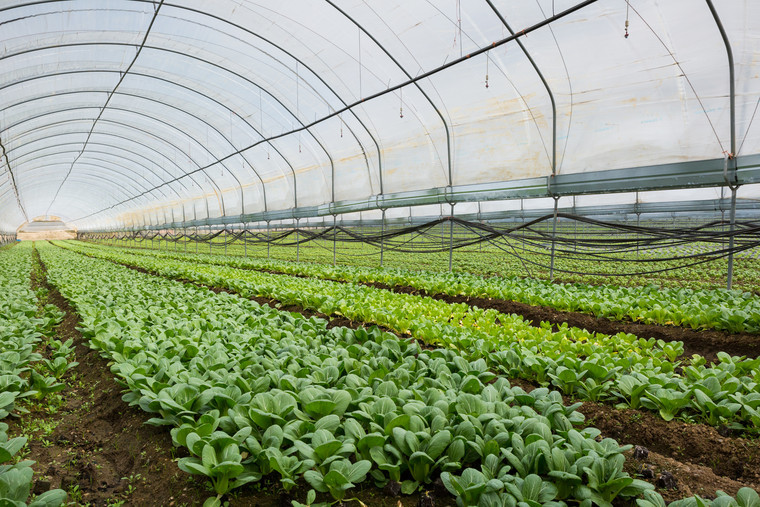 He may not have worked as a doctor, but seven years of medical training paid off for Ed Gray as the coronavirus outbreak began to barge its way into the news headlines earlier this year.

After finishing his medical degree, Ed decided instead to work for Watts Farms, the family business he now heads up, but as news of the virus continued to dominate the media, his background as a medical student made him take the fears of a pandemic seriously.

With much of the family business focused on supplying the food service industry, he understood how much impact a lockdown of restaurants, cafés and other outlets would have on the company, and made a quick decision to launch a new, public-facing website.

“Watts Farms supplies fresh produce to a number of supermarkets, but it was clear that they were coming under increasing pressure and that there was unmet demand from local people for another source of food delivered to their door,” he pointed out.
“At the same time I could see that the food service industry we also supply – including around 700 restaurants and hotels – was about to be hit severely, leaving us with an awful lot of stock in search of a new home. That was when I decided we needed to set up a home delivery website.”

The new website, designed and built in double-quick time by Kent digital experts Kayo, was up and running just as the lockdown hit home, allowing the far-sighted business to capitalise on the new home deliveries market and mitigate some of the losses from the food service trade.

“It saved our bacon, at least as far as that side of the business goes,” Ed said. “I think we found a new home for around 40% of the stock that would have gone to the hotel and restaurant trade. That compares to approximately 5% across the industry as a whole.

As a result, while Watts Farms has had to furlough around 50 of its 400 staff – only from the food service side of the business – the overall impact on the almost 70 year-old family business, which turned over an impressive £50 million last year, has been limited.

The pandemic has also had one interesting outcome in that the farming side of the operation has now managed to recruit a number of British workers, something that normally proves very difficult.

“When I first joined the business, I was determined that we would recruit local workers in order to support the local economy,” he recalled. “But despite all the advertising campaigns we ran, it was impossible to persuade UK workers to sign up – and even harder to get them to stay for more than a fortnight, particularly if it rained.”

With the coronavirus crisis looking set to have an impact on the travel plans of overseas workers – and the possibility that many of them would want to stay closer to home to look after their own families – Ed was worried that this year would be tricky if he couldn’t persuade local people to join the ranks of pickers at his eight Kent farms.

He needn’t have worried. “That seems to have all changed this year,” he said. “I visited one of the farms the other week and there was an investment banker, a mechanic and a fudge maker all picking asparagus. Although we have been lucky enough to get many of my Eastern European workforce on site, I’ve also recruited 30 or 40 local people this year.

“I hope that bodes well for the future as it would be good to support the local economy and there is good money to be made if people are prepared to work hard. I am hopeful that a fair number of people will stay on, particularly when the furlough scheme ends and they can no longer earn 80% of their previous wage.”

Watts Farms, which comprises eight farms in Kent, one in Portugal and a glasshouse in Harlow, Essex, along with the supermarket packhouse in Swanley and the food service distribution depot in Aylesford, was started by Ed’s grandfather Donald Watts in 1952.

Mum Avril took over the business, working alongside her husband Mike, who brought considerable sales expertise to the company, while Ed went to university determined to pursue a career in medicine.

“After seven years of studying, I finished my degree in around 2009 and decided to spend some time working before beginning my foundation years in medicine,” he recalled. “I started an events company while also helping out with the family business – and soon found myself hooked.

“It’s easy to continue down a career path you have been working towards for a number of years, but if you find something you love doing – and in my case that was working here for Watts Farms – you need to take that opportunity. I never returned to medicine and now I run this business alongside fellow director Joe Cottingham.”

Like the rest of the business, the new online store that has helped to find an outlet for what could otherwise have become an expensive stockpile of rapidly deteriorating food, focuses on fresh produce but also supplies the flour, pasta and tinned goods that people need during this particular crisis.

“With every single restaurant closed, everyone is cooking from home. Our supermarket trade has increased but we have also picked up lots of new customers for the new home delivery side of the business,” Ed said.

“People love the convenience, the quality of the produce and the service we deliver,” he added. “They also like the fact that our range is fresh and local; we cut asparagus one day and it is on their plate the next.”

Where possible the produce comes from the company’s own farms, which specialise in herbs, salad crops, particularly baby leaf varieties, and berries – including heritage varieties – along with chillies, runner beans and other specialities.

That is supported by a broader range of fruit and veg sourced from other local growers as far as possible, and when that isn’t possible, by imports. “We keep it local if we can, but there are some things, like avocados, where customer demand means we continue to import them.”

The driving consideration is always quality. “We usually supply restaurants that specialise in fine dining, and chefs are quick to let you know if the produce isn’t exactly what they expect,” said Ed. “Our reputation hinges on keeping our customers happy, and we apply the same standards to all our customers, including those who have signed up for our new delivery service.”

With delivery a critical part of the offer to local shoppers, Kayo built that part of the service into the functionality of the website, which combines a ‘click and deliver’ system plus a payment gateway and is accessible on mobile phone, tablet or desktop computer. In the first fortnight the site took 2,000 orders.

Alongside the farms’ own range of produce, which extends to 80 different crops, the website offers alcohol – thanks to a tie-in with Chapel Down wines – cakes, cheese and butter, vegetables, meat and poultry, fish, pasta and rice, bakery goods, fruit, crisps and snacks, tea and coffee, soft drinks and much more. Deliveries are free within 35 miles of Aylesford for customers spending £75 or more.

“We will have a bit of a challenge to maintain sales once supermarkets are back to normal, but I am confident that by focusing on quality, freshness and an interesting variety of products we will be able to continue to give people an alternative,” said Ed. “The crisis has given us another string to our bow and one that I am confident will continue to benefit the business.”