Busy as ever with impressive range - South East Farmer 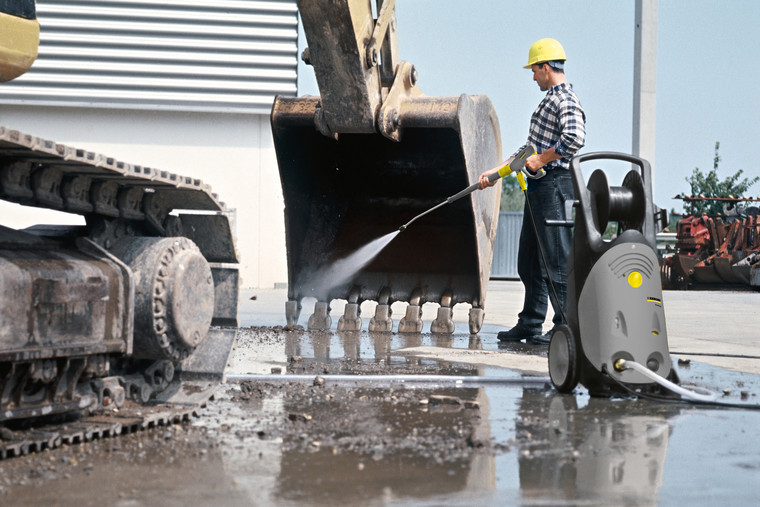 Pressure Clean, now based in Bell Lane, Uckfield, is more conveniently sited for many of the farmers who make up a large part of its loyal customer base.

With a bigger warehouse, a more user-friendly layout and room to stock more machines, the site is also closer to the farming heartland around Bexhill, Hastings, Tunbridge Wells and Crowborough than was the company’s former Crawley headquarters.

The new location makes it easier for customers to drop off machines for servicing or repair, although the company’s three mobile technicians are still on hand for those who would rather have any issues dealt with on site.

The range of machinery on offer is impressive, covering the whole range of hot and cold water machines, powered by diesel, petrol or, for a really powerful clean, three-phase electricity.

The three-phase machines are currently in demand, according to owner Gary Fielding. “We have seen a recent upturn in demand for these washers, which give double the pressure and benefit from increased water flow compared to their 240v counterparts,” he said. “They deliver more effective cleaning in much less time, which all boosts efficiency – and the difference in price can be minimal.”

This year marks the fiftieth year in business for Pressure Clean, and the twenty-second year since Gary joined the team as a 16 year-old on work experience. Since then he has played a major part in creating a well-respected business that supplies a wide range of cleaning machines to farmers.

“My mother, Dawn, was working for the business back then and arranged for me to spend a week there on work experience,” he recalled. “Six months later I left school and went back to Pressure Clean, initially working in the office and helping with the admin side of things.”

Gary then had a spell in the workshop and the stores before becoming service manager, a route that gave him a thorough overview of the operation, something that was to come in handy when he bought the business three years ago, having managed it for the past ten years.

After setting the whole thing in motion 22 years ago, Dawn recently returned to help out in the office for a short period but has now been allowed to retire again. Gary is now supported by wife Donna, who is in charge of credit control and looks after marketing and social media for the business.

Gary’s approach has always been to check out exactly what the customer wants rather than going for an easy win. With a wide range of machines on offer, he helps makes sure they make an informed decision. “Even when a customer thinks they know what they want, I will always take a couple of other models with me on a demonstration just to make sure they have checked out the options,” he explained.

He also makes a point of not over-selling. “It’s not good long-term business to persuade a customer that they should buy a bigger machine than they need, or to sell them a hot water model when they could do the job just as well with a cold water machine,” he explained. “Creating a loyal and trusting customer base is much better in the long run.”

With many of those loyal customers currently looking for three-phase machines, Gary is seeing considerable interest in Nilfisk’s MH4M -210/1100 PAX, a mobile 210 bar hot water machine that is equally at home cleaning grease and muck from machinery or sanitising a dairy parlour.

Complete with a built-in hose reel holding 15 metres of high pressure hose and benefiting from the Nilfisk EcoPower diesel boiler, renowned as one of the most efficient on the market, this easily manoeuvred, four-wheeled machine promises to make short work of the toughest on-farm cleaning challenges.

Equally popular with those who need three-phase power but don’t need hot water is the Karcher HD 10/25-4 SX, a premium class, cold water fill pressure washer that also comes with a built-in hose reel. “If you don’t need hot water but do want performance that matches that of a petrol engine model, this is certainly one to look at,” said Gary.

The HD 10/25-4 SX also comes with Karcher’s new EASY!Force Trigger Gun, which the company claims means the trigger can be operated with ‘zero holding force’ thanks to some clever technology. The system “prevents hand and finger strain and in turn muscle cramps, enabling continuous operation”, according to Karcher’s website.

Pressure Clean has also upgraded its in-house range of petrol-powered machines, uprating the frame and providing on-board storage for the wand and hose for the first time. This popular, lower-cost option is based around the reliable Dual pumps and is also taller than the previous model, making it easier to move. Both the PC14/150 and PC15/250 provide an impressive power output but are more mobile than an electric pressure washer while being cheaper than their diesel counterparts.

The company remains very busy with servicing and repairs and has used an improved website and social media to boost business, although word of mouth referrals are still the main driver of new customers as Pressure Clean celebrates 50 years of looking after the needs of farmers across the South East.