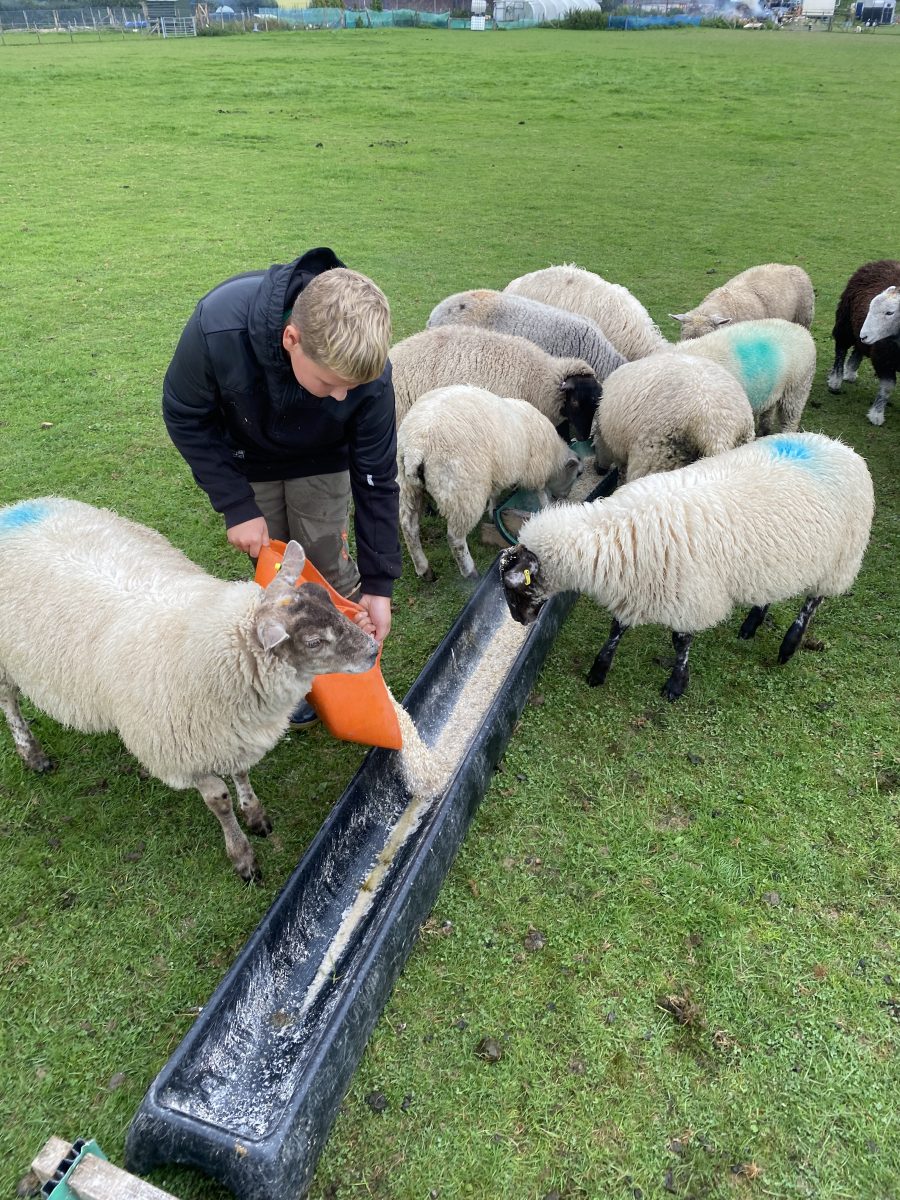 This month Nigel Akehurst visits South Brockwells Farm in Uckfield, East Sussex, to find out more about an award-winning family farming business run by husband and wife team Chrissy and Arron Wells, Sarah Robinson and Caroline Tasker, who joined to launch their farm school and mobile farm earlier this year.

Chrissy Wells and Sarah Robinson moved to the tenant farm with their parents, David and Sherry, in 1976. In 2010 Chrissy took on the tenancy with her father David, and on his retirement in 2019, the sisters formed the South Brockwells Farm Partnership with Chrissy’s husband, Arron.

David sadly passed away this summer but kept his hand in on the farm until the end, helping the youngest members of the team, Lucy and Daisy (Chrissy and Arron’s daughters), with the goats and sheep.

“His boyish enthusiasm never left him and he always enjoyed seeing young people learn about the livestock and countryside around them,” said Chrissy.

“We always have a team of young people helping on the farm and with the start of South Brockwells Farm School we will continue our dear parents, David and Sherry’s, legacy,” she added.

The family farm has gradually evolved over the past 46 years, from a commercial sheep farm to the award-winning, diversified farm business it is today (they were awarded gold in the British Farming Awards Diversification of the Year category 2022). It is home to three main diversifications, each aspect linked together to create a circular enterprise.

“When we first moved here in 1976 the farm was very run down and required a huge amount of energy and investment to keep it going. Over the years the need to diversify alongside the core business of the commercial sheep flock was essential,” said Chrissy.

Their first diversification was a horse livery and stables, providing vital regular income. Next they planted four acres of asparagus beds in 1998 and in 2000 they opened a seasonal farm shop to sell produce from the farm.

Chrissy and Sarah are both qualified riding instructors so naturally the equestrian side of the business has evolved over the years. They now cater for lots of different events and in 2017 Arron, who is a carpenter by trade, built a cross-country circuit with more than 100 cross country jumps.

The circuit, which is open daily for riders from April to October, is very popular and known as one of the most scenic in the country, they said.

Sarah runs the farm shop, which is open all year round from 10am Wednesday to Saturday.

During the asparagus season they open daily, with a loyal following of customers who come to buy their own freshly picked Sussex asparagus.

Throughout the summer their polytunnel and veg patch provides the farm shop with a variety of fresh seasonal goodies and from autumn onwards they sell oven-ready wild game meats, all sourced from local estates across East Sussex and butchered on site by Arron in their own modern butchery.

They also stock a wide selection of goods sourced from other local farms and producers, including everyday essentials such as milk, bread, pies, cakes, sauces and ice cream.

They built the butchery in 2020 with the help of a government bounce back loan. Arron now spends two thirds of his time cutting up the farm’s own lambs, goats, pigs and locally shot game. Everything is sold through the shop and they pride themselves on their low food miles and providing an authentic, field to fork experience for customers.

Having invested heavily in the new farm butchery they are worried about the closing of Tottingworth and will now be forced to take their animals further afield, undermining their whole ethos, said Chrissy. She also worries that the remaining “local” abattoirs won’t be able to cope with the extra demand and suggested that farmers and smallholders affected by the closure should meet up in the new year to work out a plan for the future.

The day-to-day farm work is carried out by Chrissy, with help from her husband Arron. A passionate sheep farmer, she has spent the past 10 years working towards breeding a sheep that is able to thrive on their land.

She introduced the Roussin breed into her flock of commercial ewes after coming across them at a National Sheep Association open day. They look a bit like a Charollais but are more hardy and have a long body and good muscle mass with light bones, so yield out well, she said. Chrissy uses the Roussin ram on the mule ewes, keeping the best ewe lambs as replacement breeding sheep to be put to the Texel and Beltex Charollais rams in due course.

They start lambing around mid March and bring them into the barn to lamb indoors, with ewes and lambs spending a few days inside before going out to grass. Chrissy said she prefers lambing a small flock of 150: “I know them all by face, whereas we used to lamb 1,500; it’s really nice having a small number of sheep that you can care for individually,” she said.

They aim to finish lambing by mid April, at which point “they change overalls” and start harvesting asparagus (which runs until the summer solstice), explained Chrissy.

Asparagus is a good cash crop, she said, though margins have been squeezed by the rise in minimum wage and expensive sprays. Typically they rely on a local labour force and the support of friends and family.

In addition to the sheep, they recently added a small herd of goats to help control weeds on the farm and offer another type of meat through the shop. Chrissy initially bought some pedigree Boer goats but has moved to a hybrid meat dairy cross, as they milk better. Offspring are finished at around nine to 15 months and they also sell some to local landowners who keep them as pets.

Embracing change and spotting a gap in the education market

Despite the ever-increasing costs, pressures on tenant farmers and future uncertainty, the team at South Brockwells is quick to embrace change and think creatively about how farming can be successful on a small family farm.

Their latest diversification, a farm school and mobile farm, is a perfect case in point. Caroline Tasker – a former deputy head teacher of a large secondary school, joined the South Brockwells team after spotting a gap in the education market for children adversely impacted by Covid-19 lockdowns.

“They were years below where they should have been socially and academically,” she said.

Caroline decided to do something about it and convinced Chrissy and the partners that setting up a farm school and mobile farm was a good idea. Together they launched the school in April of this year and have ambitious plans.

“It’s still very early days,” said Caroline, but they are already working with the local authority, local secondary schools and primary schools, plus children who are in foster care, have special educational needs or who are being home educated.

“We have about 20 children a week who come and do one-to-one sessions with us,” said Caroline.

The children spend time with the team learning all about the different farm animals, how to care for them and their role on the farm, as well as where the children’s food comes from.

“They often respond much more positively to being given a practical problem – like working out how much hard grub to give a pen of sheep,” said Chrissy. It is that practical element that sparks the children’s interest and has them engaged and benefitting from working with the animals.

Additionally, during school holidays they host Mini Farmer holiday clubs with 30-plus children aged seven to 14 spending the day on the farm learning and enjoying working with the animals. The holiday clubs are primarily targeted towards children who receive free school meals and the team is passionate about ensuring all children get this fantastic opportunity.

The longer-term plan is to offer classes for groups of children but they need to carry out some essential building work to add suitable toilet facilities and hard standing in the yard first. They are currently looking for some funding to help, but haven’t had any luck finding anything to date (do get in touch with them if you have any leads).

In addition to children going to the farm to learn, they also take the farm out to schools, nurseries, care homes and community groups. The mobile farm includes their tame sheep, kids, lambs, goats, Shetland ponies and donkeys. They provide both educational and therapeutic visits.

You can find out more about their farm school, shop and livestock via their website (www.southbrockwellsfarm.com) and social media (via their Facebook page and Instragram).

The team at South Brockwells Farm is clearly passionate about food and farming and has managed to diversify in multiple ways without losing sight of the core aim at the centre of it all – ensuring the farm’s future. It’s little wonder they have won so many awards over the years and I look forward to following their progress with interest. 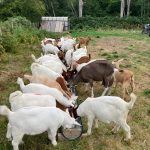 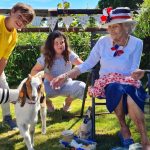 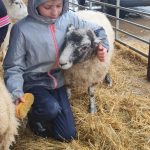 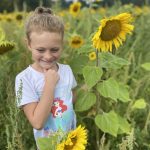 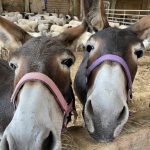 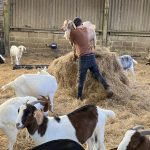 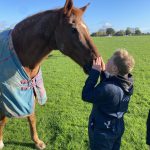 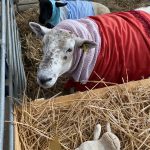 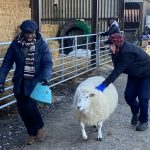 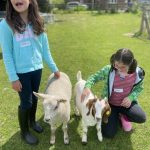 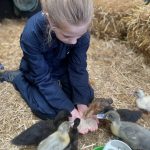