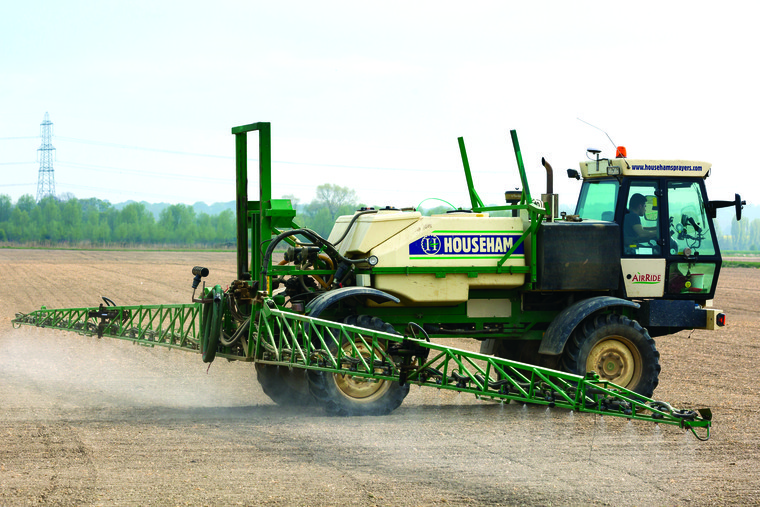 The 13-strong team, based at Rolvenden in Kent, has been working flat out all year, supporting its 1,100-plus members and making sure that they could, in turn, play their part in keeping the country going during the coronavirus challenge.

As well as taking care of the buying needs of existing Southern Farmers members, the co-operative also signed up many new members who quickly discovered the benefits of belonging to a strong and well-respected buying group when dealing with the challenges of lockdown.

“Because farmers were listed as key workers, companies were legally allowed to supply them, but it wasn’t always that easy,” explained Southern Farmers chairman David Fuller. “Some businesses were being rightly cautious about making sure they were only supplying goods that were for a genuine agricultural purpose. Some were only supplying buying groups.

“Because the team here at Southern Farmers has a close relationship with those suppliers, we were always able to get deliveries for our members and ensure they could keep working. We gained quite a few new members who quickly saw the benefits of our centralised buying service.”

As managing director Brigitte Fifield, explained, the all-female team also pre-empted any issues by talking to major suppliers early on in the pandemic and finding out about any unexpected problems or delays with supplies, keeping members informed of any likely difficulties.

Alongside the clear benefit of having a reliable supply of vital products – anything from building materials to fertilisers, fuel, tyres and tools, Southern Farmers members also enjoy preferential prices and a much simpler ordering and invoicing process.
Instead of having to spend hours online or on the telephone trying to find the cheapest price for a lorry load of aggregate, Southern Farmers members can simply make one call to the office and tell the team what they need. Not only will the team have the best price at its fingertips, but the discounts available reflect the group’s purchasing power.

Members who know what they want but still want to get the best possible price can order direct from their chosen supplier and simply quote their membership number to get the Southern Farmers deal.

The savings are very welcome, but for some members they are secondary to the convenience of being sent one statement at the end of each month with all the individual invoices attached for reference. The busy farmer simply checks the invoices are correct and then makes one payment, regardless of how many individual purchases he or she may have made.

“As a working farmer I really appreciate the simplicity of just paying one invoice – and one that is usually considerably cheaper than if I had made all the purchases myself,” said David. “And the start of the process is much simpler, too. One phone call is all it takes – it’s like having your own PA.”

Members pay an administration fee on each invoice, together with an annual membership fee of just £125, but as Brigitte pointed out: “If a farmer spends more than £4,000 a year on goods and services, they will be better off buying through Southern Farmers.”

The group’s impressive growth, some of it inspired by the issues caused by the pandemic, but much of it simply reflecting its reputation for great service, spread by word-of-mouth recommendations, has continued steadily over the years.

Looking forward, both managing director Brigitte and chairman David are keen to see continued growth, but both stress that service remains the important thing.

“I am often asked ‘How big do we want to get?’ Brigitte reflected. “I believe that as long as we can continue to give the service we are known for, then we can keep growing. The first priority, though, will always be to offer great service – it’s what our members expect.

“We enjoy a personal relationship with many of them and they are important to us as individuals and as farmers. We will never get so big that we forget that link.”

David added: “We can’t afford to rest on our laurels. Farm business are always changing, as are the key decision makers within them. The number of buyer groups has consolidated over the years and that means you have to keep growing if you want to be a player. We need to keep moving forward – not driving up numbers for the sake of it but in order to continue to serve our members and offer them increasingly good deals on what they need.”

David believes that if the labour issues can be resolved, the Brexit shake-out could see fruit and viticulture gain a vital competitive edge, and Southern Farmers is increasingly working closely with vineyards and wineries, adding a number of viticulture suppliers to its books.

Another growth area is chestnut fencing, which is seeing a resurgence on the back of the poor performance of some treated fencing products in recent years. “The Normans introduced chestnut fencing because it doesn’t rot – and now we are going back to it for the same reason,” David said.

Brigitte said that with farmers struggling to find chestnut fencing spiles and other products, Southern Farmers was adding new suppliers in order to meet the growing need. The group, which already supplies mobile phone contracts, electricity and gas, has also added water to its list of products and already supplies £1m worth of it each year.

Next on Southern Farmers’ wanted list is ‘green energy’, with farmers increasingly looking for suppliers that can prove their environmental credentials. “We are doing our research and will be adding that as an option soon,” Brigitte said.

Dealing with large utilities is never fun, another reason why many farmers now use Southern Farmers for their electricity supply.

“As an individual it’s a nightmare trying to get a response out of a utility supplier, but if you have 1,100 members and are buying £5.5m worth of electricity each year, the supplier tends to sit up and answer the question,” said David. “Our members like to be able to ring the office and ask: ‘Can you sort this for me?’ – and when we call up on their behalf, someone answers the phone.”

Fuel is another area where Southern Farmers can offer prices that are the best on offer and are checked each day. The group supplies 17.5m litres of gasoil, kerosene and road DERV each year.

“I was interviewing a potential new member recently and he told me that he had just bought 20,000 litres of fuel. The group price would have saved him 2p a litre, which would have amounted to £400 on that one transaction alone,” said David, who farms nearly 600 acres of arable land at Sheriff’s Court farm on the Isle of Thanet.

A member since 2007, the new chairman particularly welcomes the single monthly statement of account that “just makes life easier”, together with the healthy discounts enjoyed by Southern Farmers members.

One of the directors visits every potential new member, although since lockdown the meetings have been by telephone. “We want everyone to feel welcomed as part of the group and it’s a chance to highlight what we have on offer and make sure they will benefit from joining,” said David.

The team is looking forward to restrictions easing this summer and is planning to attend a number of shows this year. “It’s great to be able to meet up with members and perhaps chat to a few prospective members,” said Brigitte. “We get a better idea of what members need and can remind them of the wide range of products and services we offer, particularly if they are diversifying and aren’t aware of how broad our range is.

And just how broad is the range? “Essentially we can supply everything a farmer needs except groceries,” Brigitte responded.

What is particularly impressive is that the team has continued to supply those goods and services throughout a global pandemic, with half the team working from home and the other half in the office at any one time.

The office has experienced three cases of Covid-19. Two quickly quarantined, preventing any spread, and the third was picked up in good time by the company’s own strict testing regime.

Southern Farmers brought forward a planned upgrade to its office systems and broadband connection in order to make it easier for staff to work from home, aided by new software. “We had already been planning a major overhaul of our software and connectivity and the pandemic just inspired us to start it sooner rather than later,” Brigitte said.

“It has made things much smoother and will soon provide our members with a great new website, as well as updated accounts software that will allow members who wish to go paperless to download their accounts and invoices.”

The website will allow farmers to order via the website, while suppliers will also be able to add new offers to the website in real time. “But while there will be new ways of ordering, we won’t lose sight of the fact that many of the members like to ring the office, sometimes while still in the tractor,” said Brigitte.

“We will still be delighted to take their call, offer supplier information, suggest alternatives, research prices and do all the things we always have done. We just want to give people an online option alongside the opportunity to telephone for a chat. We often have conversations with members on the lines of: ‘We know you’ll know who to speak to about this’.”

Chairman David was quick to praise the resourcefulness and hard work of Brigitte and her team, which he said had helped the group “deal superbly well with everything Covid-19 could throw at them”.

He added: “We owe them all a great vote of thanks. Early in the pandemic when suppliers were struggling to adjust, the team still managed to keep deliveries going so that farmers could do their vital jobs. They’ve continually had to adapt, and they’ve done that brilliantly. We have had numerous letters and calls from farmers wanting to say thank you, too.”

While the pandemic issues are easing, delays caused by Brexit are making life tricky in some areas, leading Brigitte to urge members to order in good time. “We know there are issues with importing maize seeds this year because of health checks, and there have been delays in getting spare parts for machinery,” David commented.

“Again, though, our members are in a better position than most because our suppliers keep us well informed about any issues and we make sure we make members aware. It’s all part of the service,” Brigitte added.