We need to talk about food - South East Farmer 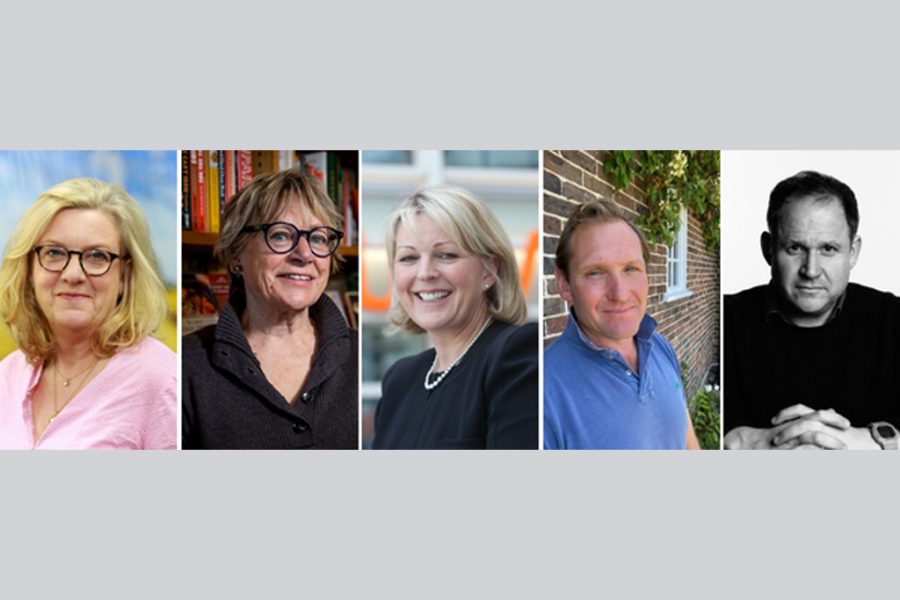 How to meet the challenge of producing nutritious, sustainable food everyone can afford will be the subject for debate at the South of England Agricultural Society’s 2022 Farming Conference.

The conference on Wednesday 16 November at the South of England Showground in Ardingly, West Sussex, will be chaired by BBC Farming Today presenter Charlotte Smith and will focus on food in today’s society. South East Farmer is supporting the event as media sponsor.

“Record high food prices have triggered a global crisis that will drive millions into extreme poverty.  The war in Ukraine, supply chain disruptions, drought across many parts of the globe, and the continued economic fallout of the Covid-19 pandemic are pushing food prices to all-time highs,” explained Duncan Rawson, a Nuffield Scholar sponsored by the Society and one of the organisers of this year’s farming conference.

He added: “Rising food prices have a greater impact on people in low and middle-income countries, but there remains a paradox; while we see more of the population going hungry, we are facing an obesity crisis, a crisis which is not going to get any better if people cannot afford healthy and nutritious food.

“In the past 60 years our diets have become more homogenous and increasingly dominated by staple foods that are high in energy and low in micronutrients. Three crops – rice, maize, and wheat – provide more than 50% of the calories that we gain from plants.  People, particularly the poorest, do not consume enough nutrient-rich food such as fruits, nuts, seeds and whole grains.

“Against this backdrop is the ever increasing need to reduce the environmental burden of food production to meet the targets required to arrest global warming.  A need that is hampered now by more regular climate shocks, such as droughts, that make it more difficult for the food industry to meet such targets. All of this raises a fundamental question – one which is the subject of this year’s conference – can we really produce nutritious, sustainable food that we can all afford?”

Guest speakers at this year’s conference include Sheila Dillon, presenter of BBC Radio 4’s The Food Programme, Judith Batchelar, ex brand director of Sainsbury’s, Tom Gribble, arable/dairy Farmer and trustee of the society and Henry Dimbleby, co-founder of Leon Restaurants. All speakers will deliver a short presentation setting out their thoughts as to the future, leaving plenty of time for debate and questions.

Charlotte Smith  is one of two main presenters of BBC Radio 4’s Farming Today programme. She grew up in Quorn, Leicestershire and volunteered on BBC Radio Leicester.

Charlotte was put on the BBC’s Local Radio Reporters Scheme and then toured the local radio stations of Sussex, Cumbria and Devon.

Prior to Farming Today Charlotte worked as a reporter for You and Yours, the consumer programme on Radio 4. She was a television reporter on BBC1’s Countryfile until 2009.

Sheila Dillon has been a food journalist for almost three decades, beginning work as an editor and writer at the New York based magazine Food Monitor. She has been part of The Food Programme since 1987, first as reporter, then producer and now presenter. Her futuristic documentary Sitopia, based on Carolyn Steel’s book about a world shaped around food, won gold in the 2021 UK Publisher Podcast Awards.

Recent programmes on food in care homes and the government’s National Food Strategy carry on the tradition. She is also the creator of Radio 4’s first interactive grocery show, Veg Talk.

Judith is a biochemist and nutritionist, has an Honorary Doctorate in Agriculture from Harper Adams University and is a Fellow of the Institute of Food Science and Technology (IFST) and the Royal Society of Arts and Manufactures (RSA) and a liveryman at The Worshipful Company of Butchers.

Judith started her career in pharmaceuticals and teaching before finding her true vocation in food and farming. She worked in the food and drink industry for over 35 years, starting in manufacturing at Bass and Mars before moving into retail at Marks and Spencer. From 2004 to 2021 she worked for Sainsbury’s as Director of Sainsbury’s Brand, driving the product quality and innovation agendas.

Today Judith is deputy chair of The Environment Agency and sits on the Natural Environment Research Council and the European Advisory Council of The Nature Conservancy. She is also chair of both The Rugby Players Association and North Highland Products. Judith is a non-executive director of Monaghan Mushrooms and Daemon and is a trustee of The Royal Botanic Gardens Kew, Accounting for Sustainability and The Matt Hampson Foundation. Judith is an ambassador for the Woodland Trust and Farm Africa.

From 2013 to 2018 she was chair of the Government’s AgriTech Council. She was awarded an OBE in 2015 for services to farming and the food industry, and is a commissioner on the Food, Farming and Countryside Commission.

Tom is a fourth generation mixed farmer on the Firle Estate near Lewes, farming 1,250 acres. He has a herd of 200 dairy cows plus followers and 120 beef animals from the dairy herd and rears 550 North of England Mules from ewe lambs to shearling age. He grows 500 acres of wheat, spring barley, oats, maize and grass leys in arable rotations.

Tom graduated from Newcastle University in 2001 and went straight onto the farm. The plan had been to work abroad, but land on the estate became available over the next two years and the family more than doubled the land it was farming, moving back into dairy cows “at 17ppl!”.

The farm has always been in environmental schemes, starting with ESA in 1987, and is currently in Higher Level Stewardship.

Henry Dimbleby was given the role of lead non-executive board member of DEFRA in March 2018. In June 2019 the Environment Secretary appointed him to lead the National Food Strategy, which he published in July 2021.

Henry Dimbleby co-founded the Leon restaurant chain in 2004. He was a co-founder of the Sustainable Restaurant Association (2009) and the charity Chefs in Schools (2018) and co-authored The School Food Plan (2013), which set out actions to transform what children eat in schools and how they learn about food.

Henry previously worked as a strategy consultant at Bain & Company (1995-2002), where he advised businesses on strategy, performance improvement and organisational design. Before that he worked as a journalist on The Daily Telegraph and as a chef at the Michelin-starred Four Seasons Inn on the Park.

The Farming Conference will run from 6-10pm (7-9pm online) on Wednesday 16 November 2022. The conference is FREE to attend, in person or online, but visitors must register at
www.seas.org.uk/farming-rural-industry/farming-conference