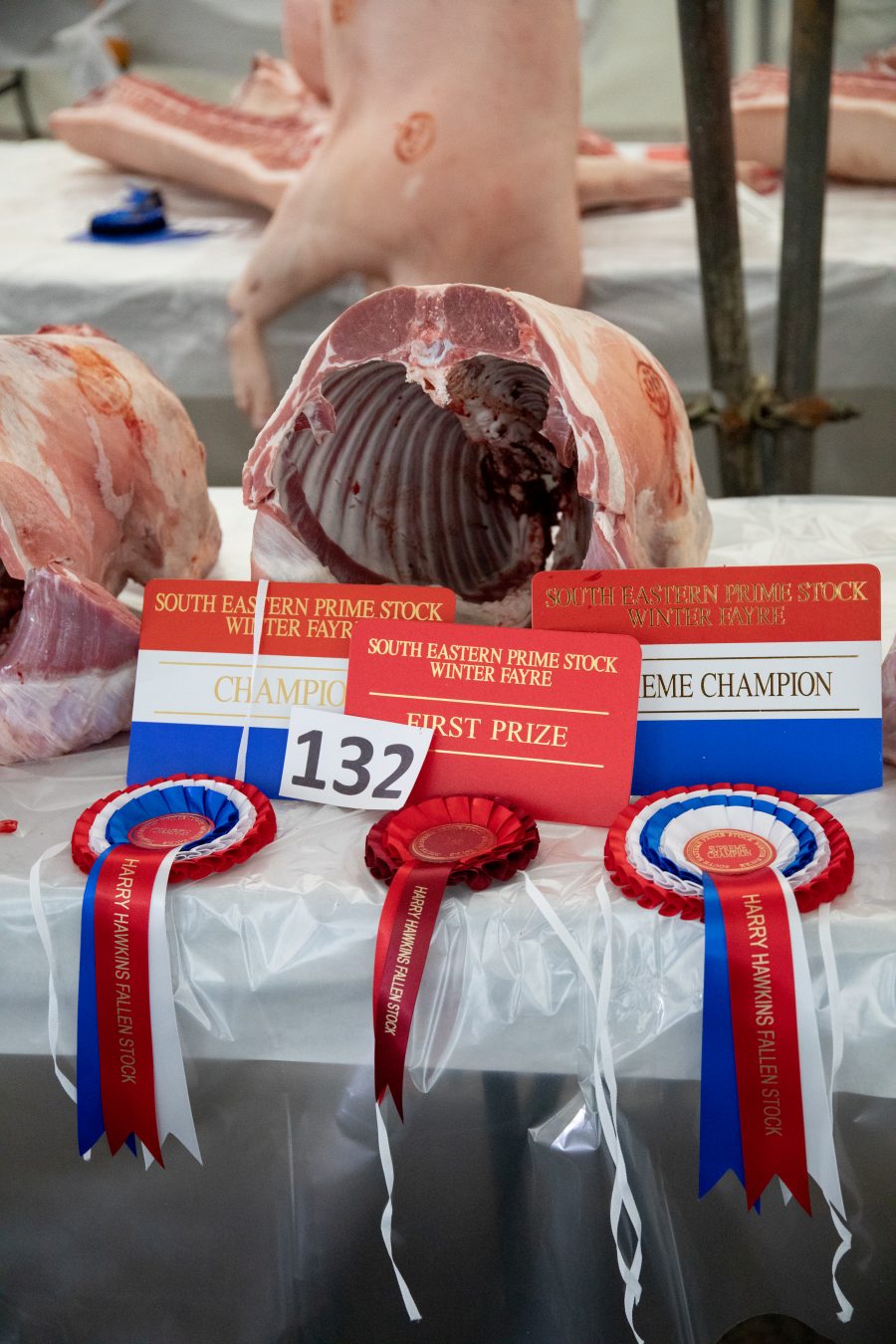 Exhibitors from far afield contributed to what organiser James Dickson of Dickson Farming described as “an exceptional show”, while young handlers across a number of age groups showed both sheep and cattle, something he said was “fantastic for the future of British agriculture”.

Highlight of the 2022 show was the Champion Lamb carcass from David and Kirsty Tester from Angmering in West Sussex which achieved an impressive £20/kg. Auctioned by Roger Waters of  South East Marts, it so impressed carcass judge Matthew Prince, of Highfield House Farm, Ashover, Chesterfield, that he bought it.

In the sheep classes, Joshua Jack showed the champion pair of lambs with a pair of Beltex and Nick Page of the Goodwood Estate took champion pen of three butchers’ lambs with a trio of Dutch Spotted X Southdown.