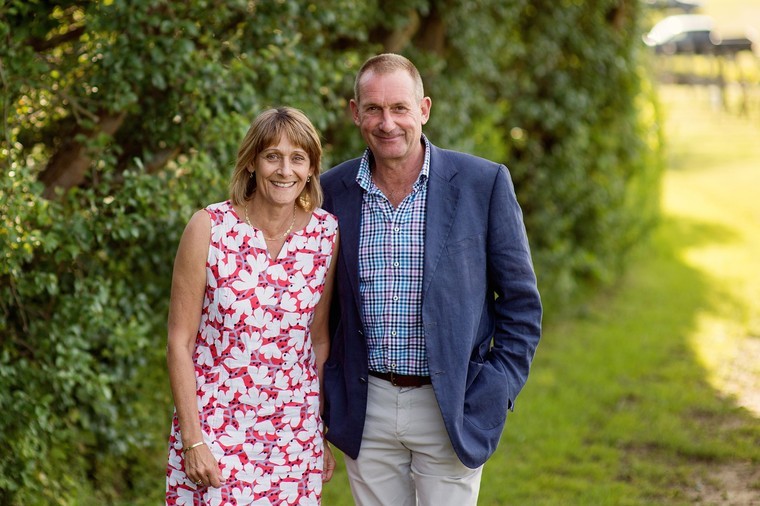 With grape growing and winemaking playing an increasingly important part in the rural economy, and many farmers taking advantage of the South East’s changing climate to plant the vines that can be used to create award-winning English sparkling wine, the show is set to become a major event in the rural calendar.

The show, planned for 24 November 2021, is being staged by South East Farmer publisher Kelsey Media, which also publishes Vineyard magazine. An impressive team of organisers is being led by Event Director Sarah Calcutt, who is also a regular contributor to this magazine.

The announcement of Julian Barnes as president has given another boost to the event, which will bring together producers, growers, winemakers and suppliers, allowing them to exchange ideas, discover new products and celebrate English winemaking.

Having grown up on the vineyard started by his parents Richard and Joyce Barnes in 1969, Julian’s experience in the industry is second to none, while his vice-chairmanship of the Kent County Agricultural Society places him at the heart of the wider farming world.

He is keen to play an active part in the show and is determined to be president in more than name only. “I am keen to make sure the show is interesting to as wide an audience as possible and reflects the importance of viticulture to this part of the world over a long period,” he said.

Biddenden Vineyard bottled its first wine in 1972, the same year in which it first planted Pinot Noir grapes and Ortega, for which it has now become famed and which now accounts for around 50% of its output.

“I was honoured to be asked to take on the role of President of The Vineyard Show, and after a true lifetime’s involvement in the industry I am looking forward to playing my part in what I am sure will be a great success,” Julian concluded.

The show will be supported by a number of top name sponsors. They include land, property and environmental consultants CLM, Machinery dealer Vitifruit, which supplies a broad range of outdoor equipment for vineyards across the UK, leading vineyard agronomy company Hutchinsons and long-established packaging company bruni erben.

Matthew Berryman of CLM explained: “The Vineyard Show will be a great platform for all sections of our industry – from growers and would-be investors to wine makers, agronomists and the trade – to come together in one place.

“There’ll be a host of exhibitors and a fascinating seminar programme, making this a great place to network and hear the latest news and views

“It’s also a perfect opportunity to keep up to date with new technical advice, market trends and government policies, not to mention tasting some of the wonderful wine produced in this country.”

Stop Press: As South East Farmer went to press, Royston Labels was confirmed as the fifth and final major sponsor of the show.