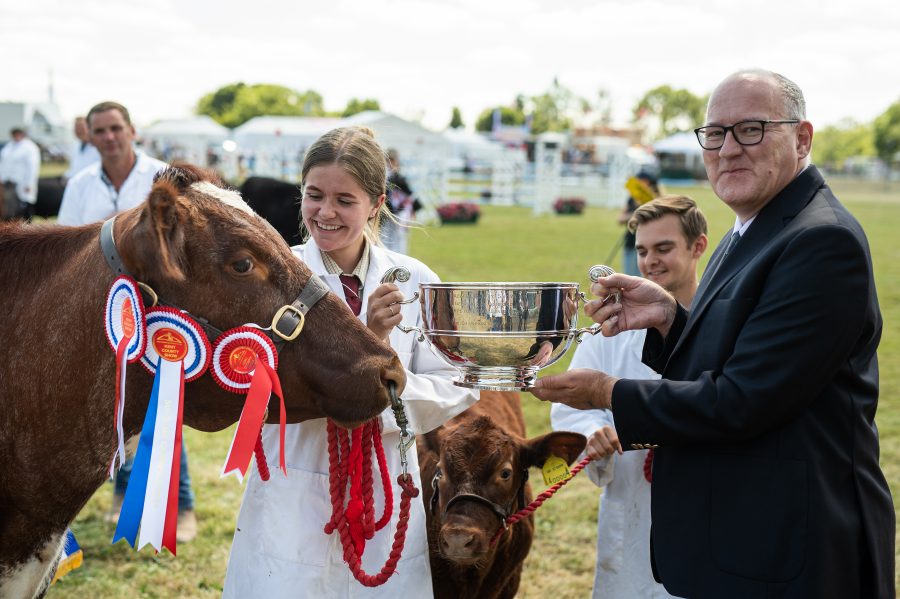 Agriculture returned to its rightful place at the heart of this year’s Kent County Show – both literally and figuratively.

Not only did the Kent County Agricultural Society put a renewed focus on livestock, education, young people and the environmental challenges facing the industry, it changed the geography of the site to highlight the importance of cattle, sheep and pigs to this part of the world.

It meant that visitors to this year’s show, the first in three years thanks to the pandemic, were faced with pens of animals as they walked down the main access road, rather than having to hunt for the livestock in its former place to one side of the showground.

While the more commercial, less agricultural aspects of the show were still there to be enjoyed by the thousands of visitors who enjoyed great weather on all three days of the show, they played second fiddle to the animals, agricultural machinery, rural show societies and other more land-based attractions

That change reflected a determination by incoming chairman Julian Barnes to put agriculture “front and centre” of the event and boost the educational and customer-facing aspects of the show, which saw 80,000 people visit the Detling showground between Friday and Sunday.

The show also featured an education tent, set up by KCAS’ charitable education committee supported by a team from the National Fruit Show and LEAF Education and offering lots of practical, hands-on things for young people to do and learn from.

Committee member Stuart Gibbons, helping with activities that included ‘smoothie bikes’ that relied on pedal power to make a refreshing carbon-free concoction, said the aim was to raise awareness of where food came from and how it was produced, as well as highlighting technology and sustainability issues.

The involvement of the National Fruit Show team reflected another aim of the chairman and his team; to showcase the year-round nature of the extraordinary breadth of produce on offer from Kent’s growers, farmers, food and drink manufacturers and the agriculture and horticulture industry in general.

Looking back on a successful first day, Julian said that alongside playing its part in educating young people, it was important for agricultural shows and the industry as a whole to move “from being mainly B to B to being more B to C” – a reference to the need for agriculture to focus on the end user – the consumer – rather than just other business customers.

“We need to be talking to customers to highlight the quality of locally grown produce and the part it can play in a healthy, balanced diet,” he stressed.

Julian went on: “Returning post-pandemic, we were determined not simply to replicate the 2019 event but give the new team an opportunity to put the huge menu that the Garden of England offers at the heart of the show. As we look towards the society’s 100th birthday next year, this event firmly put farming and the county’s rural sector back at the forefront.”

Picking up on the theme of winning over the public at a time of considerable change in the agricultural landscape was SEF contributor and livestock expert Mark Cleverdon, who delivered the public commentary on the show classes.

“What people have got to realise is that 60% of the land in this country won’t grow strawberries, or grain, or cucumbers, but it will grow grass for grazing sheep and cattle, and that’s the starting point of a healthy, balanced diet,” he stressed.

“Food security is increasingly important, particularly when you look at what is going on in the rest of the world, so we need to be growing beef and lamb to give us milk, meat and wool, not rewilding everything. We can’t import everything we need, because that leaves us vulnerable to the kind of issues now being caused by the conflict in Ukraine.”

Livestock entries were strong, with the Supreme Beef Champion award presented to Holly Richardson and the Supreme Dairy Champion going to David Heaseman. Supreme Sheep Champion award was presented to Emma Carr. The livestock section was boosted by a large number of Kent Young Farmers, who competed against each other in their own rings close to the main entrance. 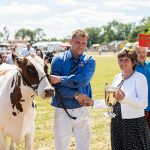 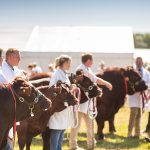 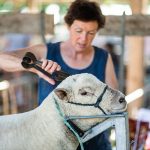 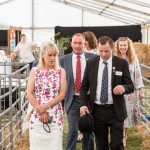 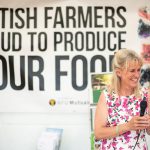 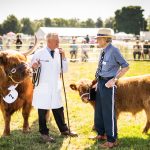 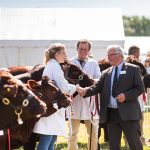