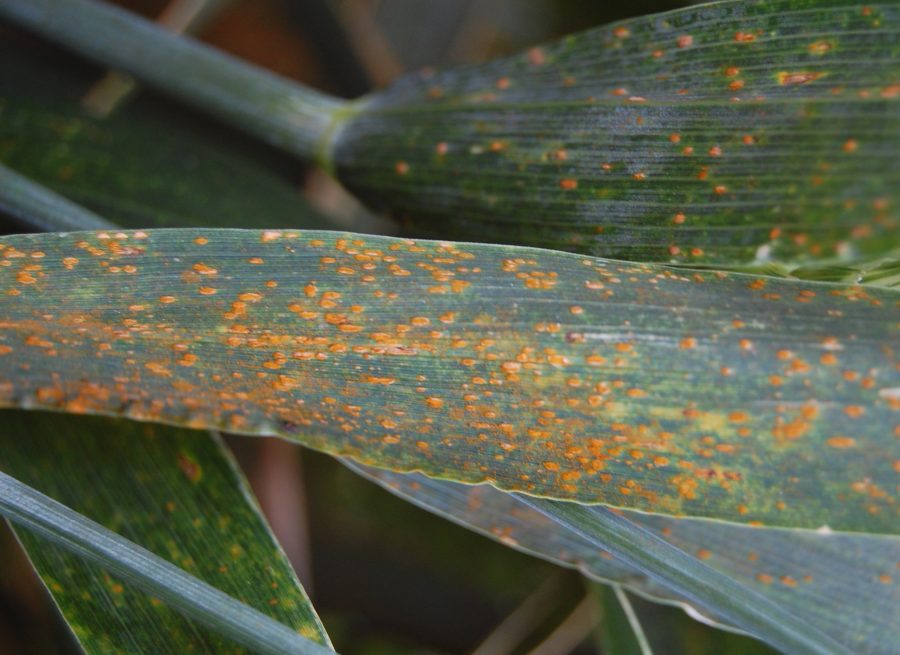 A few early developing winter wheat crops may require a late ear spray (T4) this season mainly due to late attacks of rust or for sooty moulds if wet weather continues after the T3, is the advice from leading agronomy firm Hutchinsons.

Yellow rust is attacking varieties with high resistance to the disease indicating the appearance of new races while brown rust may occur in warm conditions on susceptible varieties, whilst Sooty mould control is particularly important in milling wheat to avoid discoloured flour.

“Although most crops are having their T3 this week many crops of winter wheat are well ahead of their normal growth stage this season meaning that, if there is sufficient moisture, there may be an extended period after their earlier T3 fungicide application before harvest,” explains Dr David Ellerton technical director at Hutchinsons.

He believes this may allow late season diseases such as sooty moulds to develop particularly if wet weather follows the T3 ear spray.

“Septoria may also build if there is significant rainfall. In addition, yellow rust is widely reported including varieties such as KWS Extase which until now have been highly resistant to the disease with a rating of 8.

He also warns that should the weather turn warm this may also give an opportunity for brown rust to develop in varieties such as Crusoe.

However, once flowering is complete only very limited, if any, control of Fusarium and Microdochium may be achieved.”

“Where sooty moulds are developing an application of a strobilurin such as fluoxastrobin or azoxystrobin should be made as soon as possible after the disease is seen or as a protectant on milling varieties if wet weather is forecast.”

“Strobilurins will also help the crop to retain green leaf area as well as withstanding stress conditions although it should be remembered that only two strobilurins are allowed per crop. For yellow or brown rust, products containing tebuconazole or metconazole should be applied which will give rapid knockdown while strobilurins will give extra persistence,” he says.

“Prothioconazole will help on yellow rust and mildew and may give extra persistence against the late development of Septoria tritici.”

“As for multi sites, folpet can be used only up to GS 59, sulphur up to GS 61 and mancozeb up to GS 65. Trials work has also shown a benefit of adding Wetcit into ear sprays for disease reduction and it may also help reduce aphids, preferably in combination with an insecticide where aphid numbers are significant.”

Dr Ellerton reminds growers that it is important to check latest time of application for chosen products.