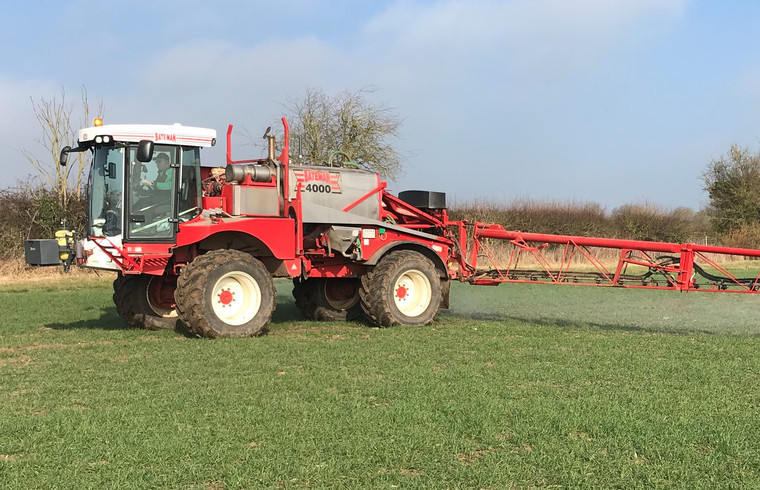 “We felt it was really time to provide an updated picture of wild oat herbicide resistance, and also a general picture of where we are with wild oats currently across the UK, so we asked for wild oat samples to be submitted after harvest, along with a detailed questionnaire, ” said NIAB’s weed biology specialist, John Cussans.

There are two species of wild oats that are weeds in the UK – the common wild oat and the winter wild oat.

The common wild oat (Avena fatua) is an important weed in all parts of the UK and grows in most soil types, causing problems in winter and spring crops. A second species, the winter wild oat (Avena sterilis ssp. ludoviciana) is becoming more widespread and increasing in number.

“With a focus on black-grass over recent years, wild oats have become the forgotten enemy,” added Ruth Stanley, country manager for Life Scientific.

“It’s actually our most competitive grass weed, on a potential yield loss/plant basis,” she said.

“Just one wild oat plant/m2 can reduce yields by as much as 1t/ha in winter cereal crops, and 0.6t/ha in spring cereals.”

Wild oats also act as hosts for pests and diseases, such as barley yellow dwarf virus.

“Wild oats have become much easier to spot than in previous years and this could be due to several factors,” explained Mrs Stanley.

“There has also been a reduction in the use of ALS chemistry, traditionally used to control black-grass, but growers worried about reliance on this chemistry for black-grass control have forgotten that these herbicides are actually very effective at wild oat control.”

Over the summer, 105 samples and a detailed feedback form, were submitted by UK growers concerned about the status of their wild oat populations. 97 of these were viable for testing for their susceptibility to pinoxaden (eg Axial Pro) and iodosulfuron/mesosulfuron (eg Niantic).

John Cussans said: ‘The number of samples sent in was excellent. We couldn’t have completed a survey like this without the support of the farming industry. We owe a big thank you to all the farmers and agronomists who not only took the time to collect such great samples but also completed a detailed questionnaire.”
“The first task was to sort and process the seed samples, and immediately an interesting trend came to light.”

“The questionnaire responses suggested that farmers and advisors consider the wild oat problem to be increasing at the highest rate where winter wild oats are present, making understanding the contrast between the two species more urgent,“ he added.

“The immediate concern is that the prevalence of herbicide resistance might be higher in winter wild oats (A.sterilis) compared to the spring or common wild oats (Avena fatua) and that this may be behind the former’s increased abundance.”

The samples of wild oats were screened for resistance to Axial Pro (Pinoxaden) and Niantic (Iodosulfuron/mesosulfuron) at field rates.

“The initial findings point to cases of resistance in both species to both Axial Pro and Niantic, with the study confirming that the occurrence of resistance is indeed higher in the winter wild oat (A.sterilis),” he said.

The results point to several priorities for farmers:

Ruth Stanley believes these are important messages for the industry: “Although we’re getting more and more reports of wild oats as a problem weed, it’s reassuring to know from these survey results and the resistance testing, that ALS chemistry such as Niantic and Cintac still work and have a valuable place in the herbicide programme to provide efficient control. “

However she added: “It’s important to ensure correct product application to prevent decreased sensitivity in the field, so we continue to get the best performance from these herbicides.”