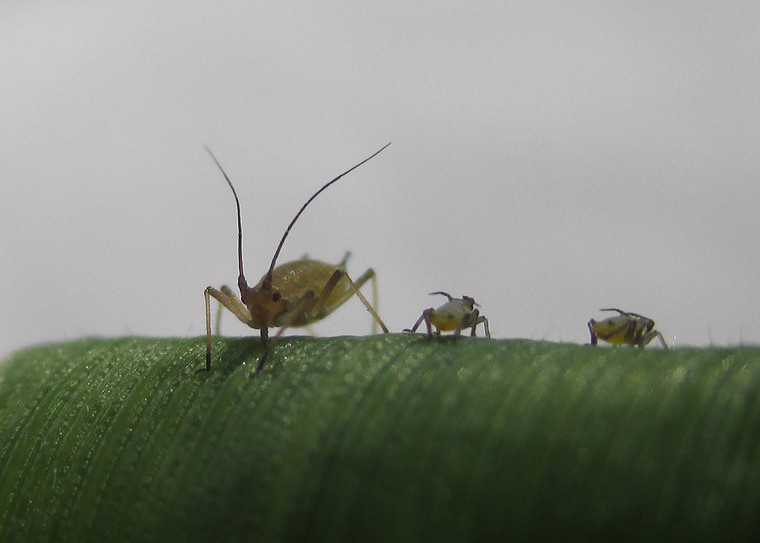 The relatively mild winter has created the conditions for early aphid activity, combined with a legacy of high infection virus levels in autumn sown cereals providing a widespread source of inoculum.

Dr Max Newbert, Syngenta Insecticides Technical Manager, highlighted the predicted dates for this season’s first cereal aphid flights were typically two to four weeks ahead of normal across southern and eastern England – as early as the first week of February in western counties and mid-March for East Anglia.

The delayed drilling of spring cereals this season means that many crops will emerge whilst aphid activity is likely to be high. “Furthermore, spring cereals planted in the final weeks of March, or into April, don’t typically reach the critical GS31 – when the impact of BYDV infection declines – until mid- to late-May, by which time aphid numbers could be at their peak.”

He warned growers and agronomists will have to be alert to target the first mass migrations of BYDV transmitting aphid species, to prevent primary infection foci that could subsequently spread. However, getting the timing right could be made more difficult this season by a lack of official suction trap monitoring, as a result of Covid-19 restrictions.

“We have prioritised collection of data from aphid water traps on Syngenta Innovation Centres, to identify numbers of the main virus carrying vectors, as part of the remote-working team’s ongoing trials research,” he said. “Results will be available weekly on the Syngenta website.”

The risk of aphids picking up the virus and transmitting to spring crops is particularly high this year, since none of the autumn sown cereals received early protection against BYDV infection from insecticidal seed treatments, and most subsequent foliar treatments were restricted by the wet conditions.

Also, there is also likely to be a carry-over of infected grain aphid through the mild winter conditions, whilst emerging bird cherry-oat aphid and rose-grain aphid can rapidly pick up the persistent virus – making them infective for the rest of their lives.
Where aphids are identified migrating in crops, a well-timed application could prevent build-up and spread of BYDV.

Dr Newbert pointed out that research has identified no resistance to Hallmark Zeon among populations of bird cherry-oat aphid and only very limited occurrence of pyrethroid resistance among rose-grain aphid. Whilst some resistance had been seen in grain aphid populations, trials have shown Hallmark Zeon is more effective at controlling resistant aphids, compared to other pyrethroid insecticides.

“That further reinforces the absolute importance of using the best available product, at full rate and applied as well as possible, to get the highest levels of control and limit further development of resistance issues in aphid species,” he advised. Typically one well-timed spring application has proven sufficient to hold aphid numbers below damaging levels, he advised.

Dr Newbert also urged growers to assess beneficial predator numbers before targeting aphids. If lacewing and ladybird populations were sufficiently high, that may prove adequate to limit aphid infestations and avoid the need for treatment.