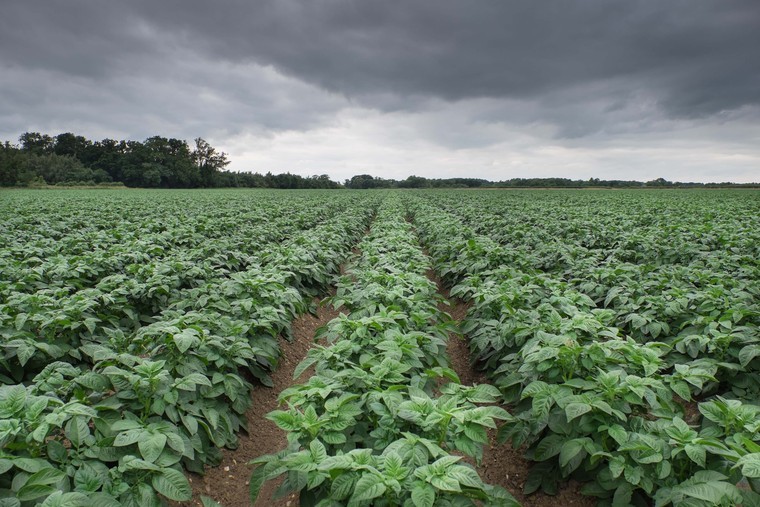 A Eurofins trial in Derbyshire last year to test the intrinsic fungicide activity of blight products, in inoculated and irrigated plots, which were also shown to be infected with the aggressive EU36_A2 genotype, showed mandipropamid with a drift retardant to be the most effective fungicide against all the blight isolates in the trial.

Mr Tait highlighted oxathiapiprolin was not included in the trial, to fulfil industry commitments to avoid its expose to resistance pressure with season-long intrinsic activity trials.

“The trial results showed that Revus is inherently active on all blight genotypes present, including EU36_A2,” he reported. “The priority to learn from the evolution of more aggressive new isolates is that robust treatments can help protect the efficacy of every application in the programme for season-long control.”

Mr Tait added that whilst the trial had been inoculated with Pink 6_A1; Blue 13_A2 and Green 37_A2, subsequent analysis by James Hutton Institute showed that EU36_A2, which infected naturally, was the dominant late blight genotype in infected plots.
The incidence of EU_36 A2 increased exponentially last season, to 27% of all blight genotypes identified in overall analysis of UK monitoring. That was up from 17% in 2018 and less than 2% when first found in 2017.

“It is now recognised that mixing blight fungicides with different modes of action in with Revus, i.e., mancozeb or other partner fungicides, would provide a technically sound and cost effective option for growers and agronomists, he advocated. The mix also ensures growers can make best use of available CAA fungicide group applications under FRAC guidelines.

He reminded growers that where CAA fungicides are applied as a mixture, they can be used for up to 50% of the total number of applications per season, to a maximum of six applications.

“Revus has demonstrated its strength on all key blight genotypes and will play an essential role in blight control this season,” said Mr Tait. ”It is important that we continue to demonstrate good stewardship practices to protect all the late blight chemistry products in our toolbox.”