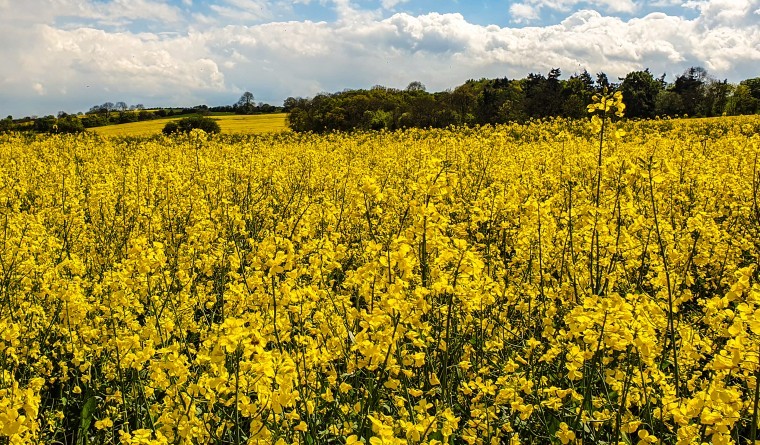 Neil Groom, technical director for Grainseed, says this autumn that we have good conditions for drilling winter oilseed rape. Most soils have good moisture levels which means rape can be established early this autumn before flea beetle migration in September. In contrast to other recent trials findings on a handful of sites, an impressive survey of over 1000 rape growers by NIABTAG right across the UK shows that it is the early drilled crops which can avoid pest damage.

Simon Kightley and Charles Gentry of NIABTAG have shown that the levels of cabbage Stem flea Beetle (CSFB) damage can be linked to sowing date. “Crops sown early in first week of August had no damage or just mild pest damage, whereas the level of damage increased in crops drilled throughout August and into September when the effects of the Cabbage Stem Flea Beetle and drought produced damage in 70% of crops.” Work over four years involving over one thousand farmers shows that early drilling of rape before 10th August will avoid the worst of the flea beetle invasion.

Neil reminds growers that oilseed rape is still the most profitable break crop you can grow. Recent prices have moved up to £345/tonne, increasing margins further. As a break crop it allows the use of different grass-weed chemicals that are not used on cereals such as propyzamide.

But what variety to choose? In AICC trials this year Es Mambo was the cleanest variety with the lowest incidence of Verticillium wilt of just 0.7% stems infected. The worst variety had 10.3% of stems infected. There are no approved chemical means of controlling this disease so growers have to rely on varietal resistance.

It also yields very well. In the AICC Suffolk trial this year Mambo yielded 5.4 t/ha. On another location in Sussex It was also one of the best with a yield of 5.5 t/ha (106%). Mambo is a high yielding conventional variety which has proven and consistent yields across sites on farm and in trials and in many contrasting years.

It has excellent early vigour, but its early maturity makes it a firm favourite on farm. Mambo as well as Alegria and Aquarrel CL can all be harvested before the wheat harvest begins. Even with an early harvest Mambo yields very well.

Neil Groom concludes that Mambo has all the characteristics growers are looking for – high consistent yields, high oil content, early vigour, earliness to harvest, low biomass, excellent standing power and lodging resistance and an excellent disease rating for all diseases including Verticillium.