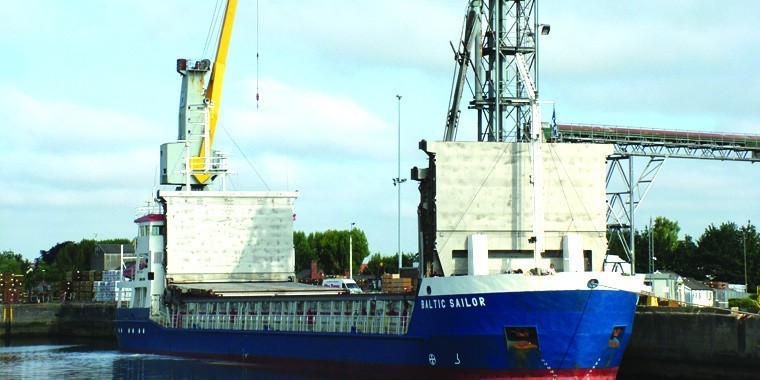 The MV Baltic Sailor (pictured) left the grain terminal of farmer co-operative Lin Grain on Wednesday (23 July) carrying 2,500 tonnes of oilseed rape bound for Rotterdam where it is set to be processed for its oil.

Openfield senior oilseed rape trader John Thorpe who managed the sale said the boat was loaded over a two-day period and that quality was generally good.

“The vessel was loaded with oilseed rape sourced from Openfield members across the region. As with much of the oilseed rape we have seen so far this harvest, the quality has been respectable. We have a busy export programme planned so hope the quality continues.”

Heading in to harvest crops looked to be in excellent shape and there was hope that the long flowering period would have raised yield prospects, but initial reports suggest crops are performing broadly in line with the national average of 3.5-3.7 tonnes/ha.

“Despite the disappointment of some growers the UK remains on track to produce a crop in the region of 2.6 million tonnes. This would leave an exportable surplus of about 600,000 tonnes so we need the good quality to continue. About 175,000 tonnes of this is likely to be exported during the summer months,” adds John Thorpe.

Exports play an important role in moving any surplus, but John Thorpe says many growers have opted to store rather than sell at current levels in the hope of a future rise.

“The market is under great pressure and growers are understandably reluctant to sell at current prices as, for many, this would represent a loss. The EU is on track to produce a crop in the region of 22.8 million tonnes, this is an increase of about 1 million tonnes on 2013, and the USA is anticipating a big soya crop. This, and a strong pound, is weighing heavily on prices,” he says.

“On the positive side, the South America soybean crop is still in the seed bag and there is still plenty of weather between now and next harvest,” he concludes.