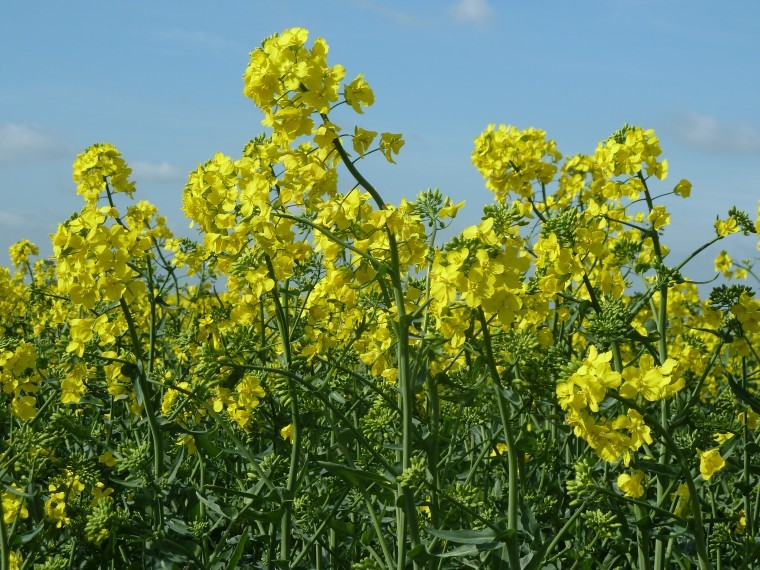 Kleffmann Group, a global market research organisation who conducts farmer surveys and panels throughout the world, has identified from its GB Winter Oilseed rape panel this year, that there has been significant loss of this year’s planted area, with large regional differences being observed.

The Kleffmann Group panel consists of 403 UK rape growers and calculates an original planted area in autumn 2018 of 581,030 hectares of winter rape. (The AHDB early bird survey is consistent with this figure at 582,000 hectares) However, 68 farmers have reported failed crops amounting to 6.28% of the total original planted area. This is 36,000 hectares lost. In the 2017/18 season, the percentage loss was just 1.62% so autumn 2018 has been much more hostile to rape survival by a factor of nearly four times.

The survey shows a clear difference in failed crops by breeding method. In conventional varieties the area lost was 7.52% (21,000 ha) of the area planted and of the restored hybrid varieties 5.16% of the crop planted (15,000 ha) were lost.

Significant regional differences were also noted; Scotland, for example, had the lowest area of oilseed rape lost at just 0.91% of the original planted area, closely followed by the North East Region at 1.36%. The South East Region had the highest area of failed crop at 12.60%, followed by Yorkshire and the Humber Region at 9.75%. Between these extremes are the remaining regions; East Midlands suffered 3.5% loss, South West 4.34%, West Midlands (5.34%) and Eastern (7.29%).

Losses in cropping area have risen in comparison to the year 2018, where the crop failure amounted to just 1.62% of the original planted crop. Reasons for the crop losses are varied and include cabbage stem flea beetle damage (Neonicotinoids seed treatments are no longer permitted now and pyrethroid resistance in CSFB adults developing), poor establishment and in some regions a lack of moisture has hindered germination.

With the Kleffmann Group new digital tool Crop Radar – it is now possible from processed satellite imagery to identify the development of cropped area throughout the season, analysis can be provided at a country, regional or postcode level. Clients are also able to define specific regions of interest for further analysis. Using Crop Radar, Kleffmann will continue to monitor the situation and review images for an assessment in mid-March.