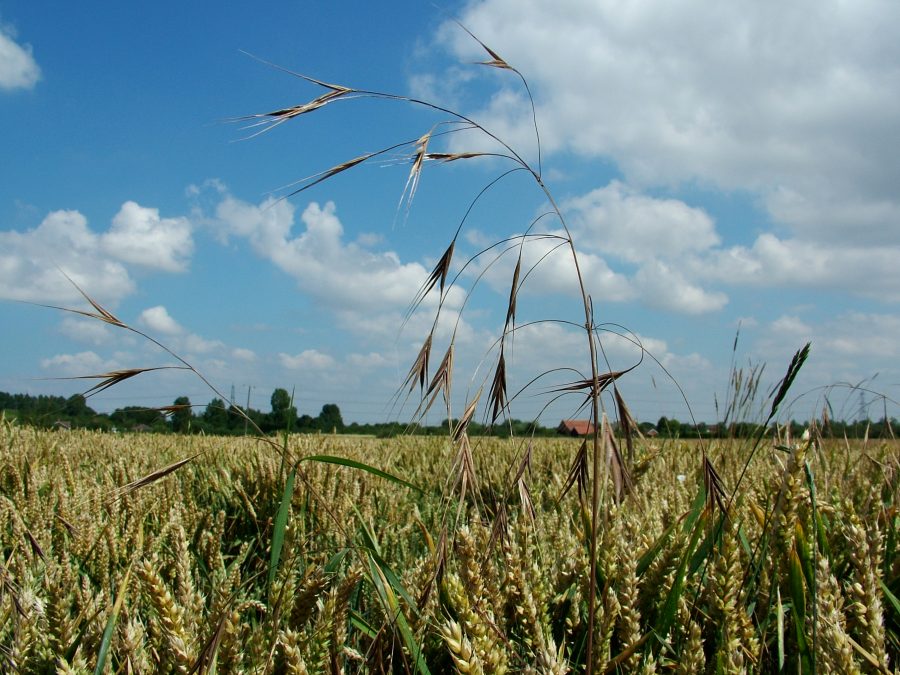 Burial, aerobic or anaerobic conditions, light and temperature stimulation all impact dormancy duration and break. Soil movement this spring followed by rapid drying could throw up some unexpected surprises this autumn, so be prepared to observe and react rather than assume the normal rule book will be followed.

Limited emergence this spring in dry conditions pre-May could leave seeds primed for rapid germination this autumn, so expect the unexpected. Black grass in particular has been so successful because it never follows the rules!

Overall control of grass weed plant numbers, where residuals where successfully applied, have been good this season. However, any open and slow growing crops this spring will see surviving grass weeds produce multiple tillers so be vigilant in stubbles.

One of the key requirements for grass weed control is a reduction in seeds returned, so carefully assess the success of this and ensure that soil management decisions capitalise fully on any reduction in seed return. For any grass weed, one of the most successful routes to control is to leave seed on the surface for as long as possible. For some bromes this is vital to prevent dormancy being induced, but in all cases the seed is open to predation, degradation and loss of viability.

Ten years ago discussion around grassweeds inevitably meant black grass with wild oats for some and even fewer with a persistent brome issue. Ryegrass rarely made the headlines.

However, times are changing. Spring cereals have been used to combat the black grass issues and this is allowing spring emerging wild oats to become prevalent again.

Be prepared to mix it up a bit regarding cultivation timing, type and depth, never allowing grassweeds to become comfortable with our approaches to control.

Ryegrass responds to nitrogen, so it is right at home in your cereal field. There are two types – Italian Ryegrass (Lolium Multiflorum)  and Perennial Ryegrass (Lolium Perenne). Both are highly aggressive by nature, five plants per m2 will equate to a 5% yield loss.

NIAB and Bayer along with agronomists around the country have conducted the biggest UK resistance survey. When many of these samples were tested, the pot trials showed that ALS chemistry and residual chemistry was still working well – infield effects have a large influence on the efficacy levels – from timings to soil moisture and application techniques, they all have an impact on the levels of control achieved.

There is no “silver bullet shot, and all is well” approach with Ryegrass – it takes all the above mentioned practices to give you the overall opportunity to achieve the control you need.

1. Keep headlands tidy – sterile strip around the outside of the field stops the combine from spreading it

2. Delay drilling – this helps but is less effective than seen in black grass – later drilling will reduce plant numbers however the seed return is not reduced at the same levels

4. Cultivations – non-inversion deep tillage adds greatly to the proliferation of ryegrass – so that combined with winter crop rotations can lead to devastating problems

5. Cultivations – full inversion can help.  It must however, be done well and not just mixed through the profile – that makes it no better than deep non-inversion

6. Rogueing and spraying off – as for all grass weeds, if it is a large patch take it out and stop the seed return

7. Crop rotations – pulse crops – oil seed crops, where you can get at the weed with graminicides to reduce the seed return

8. Chemical options – we have options – newly approved Cinmethylin (Luximo) is not a silver bullet, but it does offer a significant improvement in control – it should be your go to option alongside your cultural measures – addition of triallate will also help control and is a good resistant management strategy

9. Aclonifen – in trials, aclonifen has given very good levels of control in combination with flufenacet, even in a resistant situation – again the addition of triallate helps greatly.