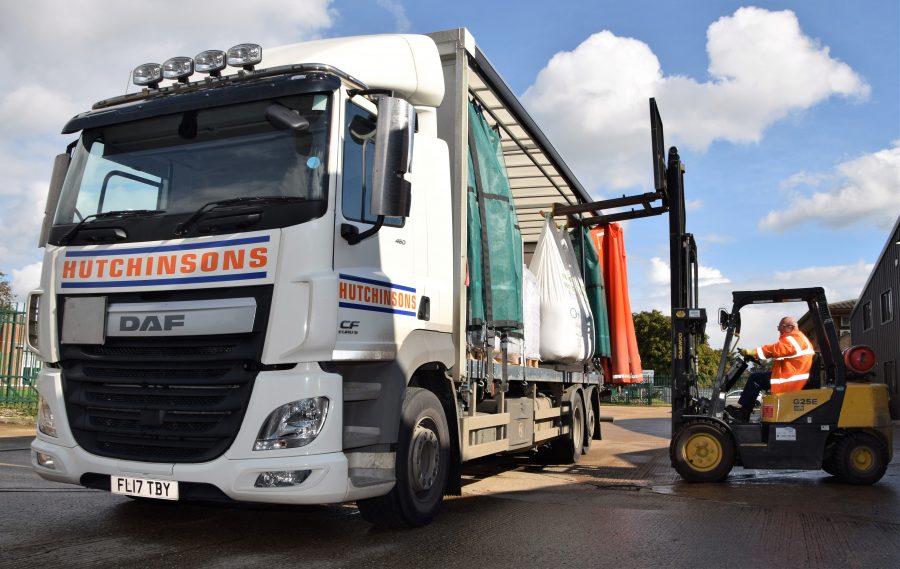 Following a notable increase in the demand for urea fertiliser ahead of the 2023 season, Hutchinsons’ fertiliser and crop nutrition specialist Rob Jewers is reminding growers to ensure they store and handle it correctly.

Strict regulations govern the transportation and storage of all fertilisers, and farmers must be careful to abide by these rules, particularly when storing both urea and ammonium nitrate (AN) products.

Urea is relatively inert compared with AN, but regulations prohibit the two from being transported or stored together. Failing to follow the appropriate storage guidelines could risk farmers failing Assured Combinable Crops Scheme (ACCS) or Red Tractor inspections, not to mention increasing the risk of significant losses in the event of an incident.

“Urea has been more competitively priced than ammonium nitrate this year, by quite some margin. One kilo of AN nitrogen was priced at around £2.60 at the end of September, whereas a kilo of urea nitrogen worked out to be about £1.90, prompting more demand for it,” explained Rob.

“There may well be farmers who haven’t bought urea before, or haven’t used it for a long time, who perhaps aren’t aware the two (AN and urea) shouldn’t be stored together. It is something to think about, otherwise they might be in for a shock if there’s an ACCS inspection.

“The reason urea and AN cannot be stored or transported together is not because there is a danger of them spontaneously reacting with each other and causing a problem, but more the fact that urea is an organic material that acts as a carbon source. CO2 produced in the Haber-Bosch process gets added back into the ammonia to produce urea.

“This means that if there were an incident with the ammonium nitrate, such as fire, the urea would provide an additional fuel source.

“This is why the two products cannot be put on the same vehicle when being delivered to farms, and ideally they should not be stored in the same shed. If they do have to be kept in the same building, guidelines suggest leaving at least a five metre gap between any urea and AN fertiliser bags.”

Principles of safe fertiliser storage apply equally to all nitrogen fertiliser products, Those principles include the need to:

Rob added that while urea fertiliser can be more prone to drawing moisture from the atmosphere than AN, this could generally be prevented by keeping bags in the correct storage conditions and taking care to avoid damaging bags when moving or storing them.

He also pointed out that urea is a bulkier product than AN, so growers who have not used it before should factor this in when assessing storage space requirements.

Five point plan for the storage and security of fertilisers

2. Wherever possible keep in a secure area, such as a building, or sheeted away from public view

3. Carry out regular stock checks and report any loss to the police immediately (call 101)

5. Remember it is illegal to sell ammonium nitrate without the correct documentation.